The Nikon COOLPIX A

Raj Lalwani finds that the name of the Nikon COOLPIX A is not only a little amusing, but also indicative of the experience of using this mixed bag.

Why has Nikon called their latest COOLPIX camera A? No, that is not a grammatical error on my part. That is really the name. A. Just that. When I first read the announcement, I couldn’t really get over the name. So while all its on-paper specifications suggested that it would be way cooler than other COOLPIX cameras, I kept wondering whether there are any hidden implications of the name.

Features
At first glance, ‘A’ seemed to stand for being an A-lister. Or maybe APS-C. After all, the company has managed to fit in a 16.2MP DX sensor inside a camera body that is only around 10% larger than the pocketable Sony RX100. This is a similar sensor to the one we had seen in the superb D7000, which produced such brilliant dynamic range and noise performance.

‘A’ could also stand for Acuity. Unlike the older D7000, this camera does not have an optical low-pass filter. This increases chances of moiré, but while producing better detail, sharpness and acuity. To make best use of the sensor’s capabilities, the camera allows you to shoot 14-bit uncompressed NEF files as well.

Or maybe ‘A’ = Adult. Or Advanced. This is not a camera for the beginner. After all, there is no zoom. With a fixed lens that gives a field of view similar to a 28mm, the COOLPIX A is only for those who appreciate that kind of wide focal length and know how to make best use of it. Landscape photography, check. Street photography, check. Environmental portraits, check. The Nikon A is perfect for intimate shots, where you are not only a part of the action, but at its very heart. Unlike most lenses, the Nikon A’s optics do not suffer much from diffraction, giving sharp images even at f/16. Exposure: 1/1000sec at f/16. Photograph/Raj Lalwani

All of this sounds great, but here is where the camera’s name starts to sound like a cruel joke. The camera does not have a viewfinder. So if you are a traditionalist who loves the experience of holding the camera to your eye, you might just disapprove and say, “Nikon, eh?” Of course, the company is selling an optional Optical Viewfinder for the A, at Rs. 25,250. No, that is not a misprint. Nikon, eh, really?

Of course, if you do not want to spend half the cost of the camera on a viewfinder, you can go to an ordinary store, buy a keyhole for Rs. 250 and figure out a rig to attach that to the hot shoe.

Video is a bit of a disappointment. It is hidden away in the Drive modes, much like the Fuji X100S, but the A does not even have a direct shortcut to access these modes. There is nothing wrong with making a camera purely targetted at stills, but then one cannot accept compromises like the viewfinder and flash.

I was disappointed to see that the camera does not have image stabilisation. Sure, some of its competitors are not stabilised either, but they have faster lenses and superior high ISO performance.

Handling
These missing features do rob the COOLPIX A of a lot of its excitement value, but it is largely a very pleasant camera to use. On the face of it, the handling is typically Nikon—conservative, but strikes the right notes. Almost every button is in the right place and though there is barely any grip, the camera is quite comfortable to grip. I was pleased to see that the company has provided a customisable Fn button right under the lens, but accessing the button sometimes becomes a little difficult. 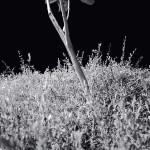 Excellent Grain Structure: ISO 3200 is not clean, but the grain produced is very film-like and looks pleasing, as seen in this in-camera B&W shot using the Red Filter option. Photograph/Raj Lalwani 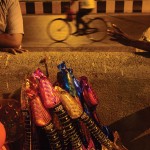 An Excellent Lens: The 28mm equivalent lens is decently sharp across the aperture range. I was impressed to see how well the camera controls distortion. Photograph/Raj Lalwani

Manual focus is facilitated by a large ring around the lens, but has one fatal flaw. While there is a distance scale displayed on the LCD, there is no DOF scale. Shockingly, the lens gets reset every time you switch off the camera! So while this could have been a perfect camera for using manual focus (wide lens, great DOF, the advantages of prefocusing at a set hyperfocal distance), the functionality is completely crippled. Another ‘Eh’ moment, if there was one.

I also wish the manual focus ring was used a little more intelligently. Other cameras like the Canon PowerShot S105 and Sony RX100 allow you to customise this ring to access other camera functions.

There is no shortcut to jump to a 100% view. This is a small, but vital feature that makes a big difference while shooting in the real world. The RX100 has it, as do most smartphones, funnily enough. Eh? 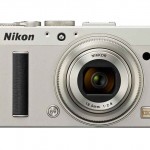 In several ways, the COOLPIX A is like an oversized P320, with a larger sensor and body. Even the menu and interface is similar to the P320, and is reminiscent of the company’s entry-level DSLRs. 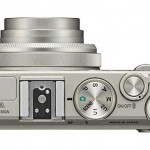 The hot shoe can mount a flash or the optional OVF. I personally liked the On/Off switch mechanism. It was unusual, but very intuitive. The Lens Control Ring can only be used for manual focusing. 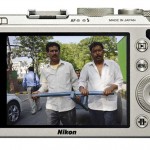 The layout of buttons at the back is simple, yet intuitive. The ISO and Exposure Compensation buttons fall perfectly at one’s fingertips. The pop-up flash needs to be raised manually to be active.

Performance
The camera uses a small battery, identical to the one used in the 1 J1. In spite of this, the battery life is quite commendable, and I could easily shoot around 400 to 500 photos—a little more if I conserved power while shooting.

I can tell you what ‘A’ does not stand for—action. The autofocus of this camera is substandard. It never happened that I could not lock focus, but the speed at which it happens is poor.

Thankfully, the A scores an A+ in the other aspects of performance. The latent detail that is present in the shadows at base ISO is superb—one can easily open up an underexposed photo by three stops, without causing too much noise. At high ISO settings, the quality does not suffer too much, but it is nowhere near as good as the Fujifilm X100S.

The optics are stunning. There is some light falloff at the widest aperture, but no flaring and fringing that one could observe. Sharpness is excellent, even at the extreme ends of the aperture.

Conclusion
I really wanted to like the Nikon A. It is incredibly compact and the image quality is nothing short of stunning, due to a good sensor and fantastic optics. But there were so many things in practice that made me go, “Huh? What? Eh?” that the camera seemed like a bit of a compromise.

Slow AF and problematic MF were quirks that plagued even cameras like the older Fujifilm X100. But then, the X100 was unique for its time, while the Nikon A is surrounded by several large-sensor fixed-lens compact cameras from Sony, Fujifilm, Sigma, Leica and Ricoh.

Can you live without a viewfinder? If so, the Sony RX100, at Rs. 20,000 lesser, provides much better value. At 28mm, the RX100 has a maximum aperture of f/1.8. This makes up for its slightly smaller sensor size. Also, the RX100 has 4-stops of stabilisation, as compared to the A, which has none! And well, of course, the RX100 costs only a little more than the cost of one Nikon A viewfinder! Uh-oh-eh!

If you add the viewfinder’s cost to the camera’s, the COOLPIX A package becomes more expensive than the Fujifilm X100S! The Fuji sensor is significantly better and the camera has a Hybrid viewfinder, as opposed to the A’s optical option.

Of course, the bigger problem is that Ricoh, more recently, announced a camera called the GR, which on paper, is almost identical to the A. As of now, we do not know when the GR will be available in India, but abroad, the Ricoh costs USD 300 (approx. Rs. 16,500) lesser than the Nikon! Seriously Nikon, eh?