Nikon 1 J5: A Much Needed Makeover The Nikon 1 J5 features much needed changes in design and pricing. Conchita Fernandes puts it to the test and finds out how significant they are, and its importance in the company’s J-series lineup.

The Nikon 1 J5 is the latest iteration from the company’s entry-level mirrorless cameras, which on the face of it, have been underwhelming, starting from the release of its first camera, the J1. The major issues were mainly present in the camera’s ergonomics, which Nikon has addressed over the course of the years leading up to now. With the J5, they have taken a big step with the design, and on first glance, it looked very promising.

A lot of the initial criticism was directed at the fact that the camera had a 1-inch sensor, while mirrorless cameras of other manufacturers had sensors that were larger. Regardless, I was curious to see what the camera had in store this time around.

On the outside, the J5 sports a very sophisticated look, thanks to the textured exterior of the camera body. This has been one of the biggest changes, as it moved away from the boxy exterior of its predecessor, to a slightly more rounded one.

Specs-wise, the J5 has been upgraded with a 20.8MP BSI CMOS sensor, versus the 18.4MP sensor present on the J4. The camera’s engine has been updated too, from an Expeed 4A to an Expeed 5A processor, thus allowing the camera to shoot continuously at 20fps with continuous AF and at 60fps with fixed AF. Considering that the lineup’s burst speed has always been one of the camera’s highest rated features, and has certainly moved to territories that have surpassed its competitors, Nikon has continued with the legacy of high burst rates.

On the video front, Nikon has added the 4k video recording feature but, at a dismal 15fps. When I tried it, the video was expectedly choppy, and not as refined as one would expect from a 4k video shooting option. Now especially, it seems outdated because there are 1-inch sensor cameras, particularly the company’s DL lineup, which was released earlier this year at CP+ in Japan, which can shoot usable high quality 4k. Of course, the J5 is much cheaper, but the inclusion of the feature seems to be just to grab eyeballs. Nevertheless, users can record 1080/60p and 720/60p videos, which are quite good. On the other hand, the J5 lacks a mic input this time around too. It was a little dismal, since the company appears to be targeting video shooters as well, by introducing the 4k feature. For the more creative mind, there are a bunch of other video recording options too—Time-lapse movie, slow motion, fast motion, 4-second movie, amongst others. The horse was moving constantly. But, thanks to the super fast AF in the camera, I was able to capture every moment. Exposure: 1/40sec at f/3.5 (ISO 800). Photographs/Conchita Fernandes

The camera also comes with a built-in flash, and features WiFi with NFC. As usual, the J5 does not feature a hotshoe and an external viewfinder, which is expected from the camera belonging to this price range. Otherwise, the ISO range is still the same at 160–12,800, and the camera features a Hybrid AF system with a 171-point AF system and a 105 phase detect points.

When Nikon released the J4, the body had a smooth metallic finish with no real grip on it. Now, there is a decent right hand grip on the camera, thanks to the textured finish. In addition to this, there is a right hand thumb space on the rear, which gives users the added benefit of holding the camera steadily. But, irrespective of all these benefits, the J5 is a tiny camera ideal for smaller hands.

The J5’s controls have received quite a revamp too. For starters, a new dial has been added on the top right of its body to control exposure, and is wrapped around the movie recording button. Also, the shutter button has been combined with the power lever, and all the regular shooting modes have been added to the mode dial. The latter was one of the things that was missing in the previous J4, and users would have to enter the Creative Mode within the camera’s menu to access the Program, Shutter Priority, Aperture Priority and Manual Mode. The camera also features a customisable function button in the front, and could have featured at least two more for added customisation.

Coming to the display, unlike the J4 which had a fixed screen, the J5’s 3-inch 1.037 million dot touchscreen LCD can be flipped 180° upwards. Although Nikon has marketed the feature as one that would benefit the self portrait enthusiast, the feature is very useful for video bloggers and anyone who wants to shoot at different vantage points, without struggling to look at the screen. The screen can also articulate 90° downwards, a good option when you want to shoot above the crowd. What I did not like though was the difficulty I had when turning the ring dial beside the LCD. It just wasn’t very easy to turn. I think that it can be a little more prominent, probably even bulge out slightly, than what it currently is.

Nikon’s 1-series have always touted the fastest AF speeds in the mirrorless range. The focus tracking in the camera also worked especially well, and there were only very few instances where the camera’s AF failed. However, one can detect lens inadequacies in the form of soft and blurry edges present in the corners of the photograph. The low light performance is as good as you would expect from a 1-inch sensor. But while the images are noisy, the quality of the grain texture is quite good. If exposed well, you can produce usable photographs at up to ISO 3200.

I was quite happy with the colour rendition of the camera, which has stayed true to the colour palette expectation from Nikon. Exposure: 1/320sec at f/6.3 (ISO 400). Photograph/Conchita Fernandes

What I appreciated the most about the J5 was how refined and sophisticated it looked. I also liked the fact that Nikon put in a lot of thought into the design of the camera, thus bringing it on par with its competitors.

In terms of cost, Nikon has kept the pricing at Rs. 25,950, which makes it an affordable and attractive option. Interestingly, there are very few mirrorless cameras at this price point now, which makes the J5, despite its smaller sensor and ergonomic shortcomings, a decent alternative to an entry-level user, who might otherwise be looking at buying a DSLR. More so, you get incredible AF speeds and burst rates, which is still unheard of in the mirrorless category.

To conclude, the Nikon 1 J5 is good for anyone who prefers a fast simple camera, along with the option of changing lenses. But, if you are a demanding user looking for even more control, then the oldest version of the Sony RX100 (which is priced at a similar range), is actually a better option because of its pocketability. 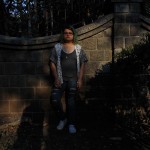 The camera interpreted skin tones well, irrespective of the lighting conditions. I was quite pleased with it. Photograph/Conchita Fernandes 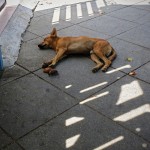 When processing the RAW photographs in Photoshop, I was able to to recover a fair amount of highlights. Photograph/Conchita Fernandes