Shridhar Kunte takes a close look at the Nikkor Z 70–200mm f/2.8, the company’s newest addition to serious optics, and finds out what it has to offer.

The Nikkor Z 70–200mm f/2.8 VR S is a professional telephoto zoom designed for Nikon’s Z-series mirrorless cameras, specifically for its full-frame sensors. However, the lens can also be used on DX format mirrorless cameras where it provides a 105–300mm equivalent focal length range. Till date, this is one of the most advanced lenses made for Nikon Z system cameras.

The lens is very close to the AF-S 70–200mm f/2.8E FL ED VR lens for Nikon F-mount in terms of form factor and function. The optical design consists of a number of ED, fluorite, and SR elements that help in reducing colour fringing and chromatic aberrations throughout the zoom range for improved contrast and colour bandwidth, when used in bright and backlit situations. The lens elements are treated with ARNEO and Nano Crystal Coats, as well as a Super Integrated Coating to suppress flare, ghosting, and surface reflections.

The optical design of the lens is complex with 21 elements in 18 groups, including 10 special dispersion elements and 2 aspherical elements. With a total number of 36 glass/air surfaces, there are lots of chances to create internal reflections. Nano coating is used to counter this. To go hand-in-hand with this optical design, two stepping motors are used in synchronisation to achieve fast, accurate and silent autofocus performance. Full time manual focus override is possible for stills as well as video.

There is also an OLED display over the lens barrel that displays the focal length, aperture, or focusing distance and depth of field, in addition to two assignable L.Fn buttons. These buttons can be assigned up to 21 functions including AF lock, exposure metering and bracketing. There is also a programmable control ring. In its default setting, it is used for manual focus, but can also be used to control aperture or exposure compensation. To maintain the exposure accuracy while shooting at a faster frame rate, a specialised electromagnetic aperture mechanism is used. To make it weatherproof, there are seals and gaskets placed at different locations of the lens.

Though the lens is made specifically for mirrorless cameras, it is not compact. It weighs 1360g, which is almost close to the F-mount 70–200mm f/2.8 lens. This might be an exception as, so far, most of Nikon’s Z lenses have weighed less than their F-mount counterparts. For this review, I used the lens on the Nikon Z5. Since the camera has a well shaped grip, the lens didn’t feel too unwieldy.

The overall length of the lens remains constant throughout its entire focal length; the moving internal elements even does the focusing. There is a removable rotating tripod collar that spins on ball bearings to allow quick and smooth switching from vertical to horizontal shooting orientations. But the base of the collar stays over the lens barrel, which leaves an uncomfortable protrusion that isn’t great for handholding. Thankfully, you can rotate the knob on the tripod collar to spin the collar wherever it’s most comfortable. In addition to the two customisable L.Fn buttons, there are a total of four buttons wrapped around the lens that you can use to access the L-Fn2 button. These four buttons replicate one another and cannot be independently programmed; they always match whatever custom setting you’ve chosen in your camera for the Fn2 button. This arrangement makes reaching for the button difficult irrespective of how you hold the camera. 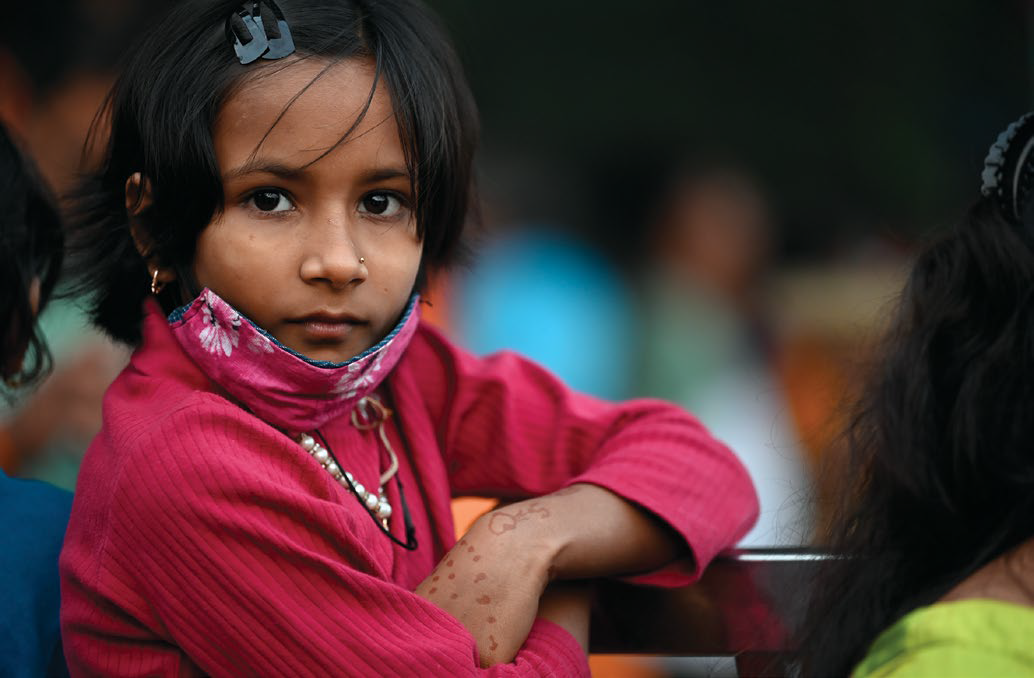 The autofocus is quick to respond, I really like the way the lens is able to smoothly blur out the out of focus parts, and the areas that are in focus, are extremely sharp. Exposure: 1/200 sec at f/2.8 (ISO 1100) Photograph/Shridhar Kunte

The lens features four rings; the zoom and focus rings are covered in rubber, while the control ring (the one nearer to the lens mount) has a metal finish. The fourth ring, at very front of the lens, is covered with the same material and has a similar pattern, but this is a dummy ring and doesn’t rotate. The zoom ring is wider than the focusing ring and offers enough resistance to avoid accidental changes. The focusing ring sits in the middle and is narrow as compared to the zoom ring. It is also easy to reach with the left hand while supporting the camera.

Right from f/4 to f/11, the lens maintains exemplary sharpness. There is a slight improvement on stopping down, with its sharpest performance at f/5.6. On the Z5, AF is quiet and speedy. Thanks to its dual processors, the Z6 II/ Z7 II has improved AF performance, so the Z 70–200mm f/2.8 VR S should perform even better on it. When used wide open, no noticeable light fall off or chromatic aberrations were visible. The lens also has excellent control over flare and in enhancing micro-contrast. When shooting against the light, the hood always helps. However, I resorted to using the lens without its hood because of its good control over flare.

Priced at Rs. 2,04,995, the Nikkor Z 70–200mm f/2.8 VR S is an excellent choice for those who wish to have the best quality and optical performance. It is a joy to use and delivers exceptionally sharp images throughout its focal length. It is especially impressive at its maximum aperture. However, the price tag, though not surprising for a lens of its type, is sure to make some photographers hesitate to go for it.

This article originally appeared in the December 2021 issue of Better Photography.