In an exclusive preview, K Madhavan Pillai gets his hands on the Olympus PEN E-PL3 and jots down
his impressions.

With the launch of the PEN mirrorless system in June 2009, Olympus managed to catch a wave of consumers who were looking for high-quality imaging, the convenience of lens interchangeability, speed and style, at a relatively low price. Since then, the company has released improved versions of the PEN on a yearly basis.
The PEN E-PL3 (Pen Lite) replaces the E-PL2 as the middle sibling of the other two cameras that it was announced with—the flagship PEN E-P3 and the diminutive, affordable E-PM1 (the PEN Mini). Basically, combine the minimalist appeal of the XZ-1, the company’s flagship compact camera, and simple form factor of Sony’s NEX series (the protruding lens mount and the clip-on flash), and what you get is the rather good-looking E-PL3. Along with the other PEN cameras that were announced, it shares the advantages of in-camera stabilisation, a newer, faster, proprietary TruPic VI image processor, an improved dust reduction system and a maximum ISO of 12,800.
The camera inherits the control layout of its bigger brother, the E-P3, with the exception of the thumb dial and a second function (Fn2) button. The buttons could have been a little larger, but one gets used to it after a few days of handling. Otherwise, the camera is easy to hold and use despite its smaller frame.
The only negative aspect in the handling comes from rotary input dial on the rear. As it is rotated, the thumb is obstructed the protrusion of the LCD panel. After a bit of use, it can get quite irritating, especially if you have large hands.
Unfortunately, the LCD panel is not touch-sensitive like that of the E-P3. Considering that the E-PL3 comes with the E-P3’s 35-zone multiple AF system, it minimally compromises on the otherwise excellent handling and controls.
There is no in-built flash because of the narrow design. A clip-on flash, available as a part of the kit, mounts atop the hot shoe. However, you can use the flash or other accessories that can be purchased separately, including an Electronic Viewfinder, external microphone, macro lights or a Bluetooth accessory.
The E-PL3 includes a stereo microphone, which is one of the first features to be compromised in small cameras from other companies. The shot-to-shot speed has improved vastly. In fact, the E-PL3 has a faster frame rate (5.5fps) than the more expensive E-P3 (3fps).
There is bevy of features, Scene modes, Art Filters, and custom functions that we plan to put to the test… along with pushing it to its limits for image quality, in one of our forthcoming issues. For now, it certainly lives up to
our expectations. 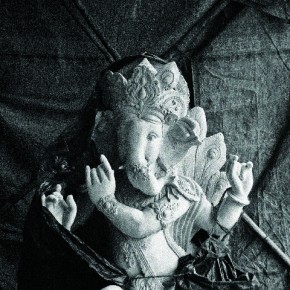