The Panasonic LUMIX DMC-GF1 is finally available in India, a year after its worldwide launch. Raj Lalwani tests it to see whether it can hold its own, despite the delay.

Exactly a year ago, Panasonic introduced a camera that generated a lot of interest. The LUMIX DMC-GF1 was supposed to be Panasonic’s answer to the PEN E-P1, an Olympus camera that had gained a huge amount of popularity by breaking ground in terms of size and performance. A year has elapsed, and the GF1 has been made available in India only now. Has mirrorless technology moved ahead during this one-year delay? Or is the GF1 still a compelling camera? We put it to the test.

Features
The essential features of the Panasonic GF1 are rather similar to the G1, which was the company’s first mirrorless camera. This 12.11MP camera is based on the Micro Four Thirds technology, which allows the use of a large DSLR-type sensor in a smaller, lighter camera body. Unlike Olympus Micro Four Thirds cameras, the GF1 is not fully compatible with all Four Thirds lenses, and can autofocus only with those that support contrast-detect AF. When introduced, the GF1 was the first camera of its size to sport a flash—a distinction that has now been matched by the much cheaper Olympus PEN E-PL1. The camera allows you to shoot using three different aspect ratios. However, the choice of aspect ratio also affects the RAW file, which means that the camera is not capturing all possible data when you do not use the native 4:3 aspect ratio.

The GF1 shoots 720p HD video using both Motion JPEG and AVCHD Lite formats. While the quality of video is quite good, the camera only captures mono audio, and there is no provision to attach an external microphone.

Handling
I used the Panasonic GF1 for a period of over a fortnight, and the camera became a constant companion wherever I went. That, really, is the best thing about any mirrorless camera. The considerable reduction in weight (as compared to a DSLR) allows you to carry the camera everywhere you go. It must be said, though, that while the GF1 is as compact as the Olympus PEN cameras, the Panasonic 14–45mm kit lens is rather bulky. The company’s decision of adding IS to the lenses has meant that the kit zoom lens of the GF1 is a lot larger than the Olympus counterpart. The camera-lens combination balances quite well and feels really solid. The body of the GF1 has an all-metal case that ensures that the build quality is superb, despite the fact that it is one of the lightest camera bodies around! The feel and layout of buttons of the GF1 is rather similar to Panasonic’s high-end compact camera, the LX3. The camera has a number of switches that allow you to change settings on the fly, and an efficient menu system that does not hinder shooting. While changing settings in the Manual mode, we were surprised that the camera’s display does not reflect any exposure changes—which is something that entry-level users may find lacking. One of the best things about the GF1’s all-round usability is its superb LCD. The resolution of the LCD is better than the competition—this makes it a lot easier to use manual focus accurately. The camera allows you to attach an external viewfinder, but the viewfinder is not included in the kit. Moreover, the quality of the EVF is not up to the mark, especially when compared with other mirrorless cameras. Due to its poor resolution, the EVF is not a practical option for manual focusing or wish to see an accurate representation of the scene you are capturing.

Performance
With the G1 and GH1, Panasonic had shown that they have managed to implement contrast-detect AF far better than the other players in the mirrorless market. The GF1 is no different—its autofocus is fast and accurate, even when the light levels go down. This gives the camera a significant advantage over its direct competitors, the Olympus PEN series, whose autofocus system is not as refined. I used the camera at busy railway crossings, on the streets at night and even at a party where the light was really low—it did not disappoint in any situation. A nice touch on the GF1 is an AF-assist lamp, which ensures that you can focus in even pitch-dark conditions. However, while the all-round ergonomics and excellent AF performance make the GF1 a joy to use on field, I was extremely disappointed when I viewed the images on a computer. The quality of the JPEG files leaves a lot to be desired—the images are oversharpened and there are traces of moiré and JPEG artifacts in all photographs. Dynamic range is inferior to other cameras of the same class, and we often noticed clipped highlights while shooting contrasty scenes. Some of these problems do get corrected while using the RAW format. RAW images shot at ISO settings below 800 show excellent quality, with good sharpness, detail and colour rendition. However, the poor quality of the JPEG files almost makes the GF1 a RAW-only camera. This is in stark contrast to competing cameras, most of which produce high-quality JPEG files. This is also something that will not be appreciated by casual hobbyists, who are an important target audience for a camera of this type. Even while shooting RAW, the picture quality deteriorates significantly beyond ISO 800. A few years ago, such performance may have seemed acceptable, but sensor technology has developed a great deal recently. Most modern-day DSLRs and mirrorless cameras do a reasonably good job even at ISO 3200. While the GF1 is undoubtedly far noisier than any other DSLR we have tested in the past year, we were extremely surprised to see how bad it gets. When shooting JPEG files, even a compact camera like the Canon PowerShot S90 did a better job of retaining detail and colour at ISO 3200! Considering the fact that the GF1 has a much larger sensor, its inadequacies in low light are quite serious.

Conclusion
Considering its delayed introduction in the Indian market, the GF1 seems a little outdated. For instance, when the camera was announced, it was supposed to address the shortcomings of the Olympus PEN E-P1—namely AF speed, no flash and lack of an EVF. However, in the recent past, Olympus has addressed these shortcomings in the form of the E-PL1 (which has a flash and optional EVF, but costs only Rs. 30,000) and the E-P2 (which has a bundled EVF but is still cheaper). Contrary to this, the GF1 costs Rs. 54,000 (with the kit zoom lens, but without the EVF that needs to be bought separately). While its AF performance is class leading, the image quality at high ISOs is poor as compared to the PEN cameras, and probably the weakest amongst all mirrorless cameras. With such a hefty price tag, you would well be advised to look elsewhere. By delaying the India release, Panasonic has quite clearly missed the bus. 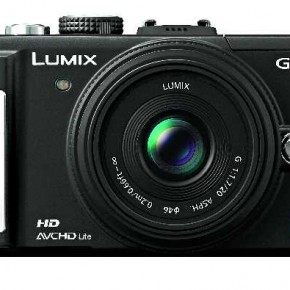 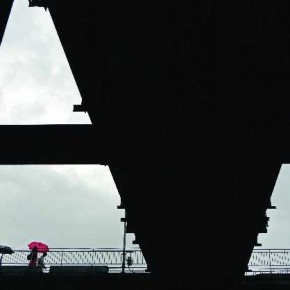 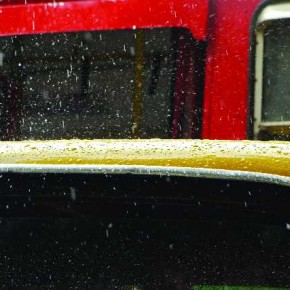 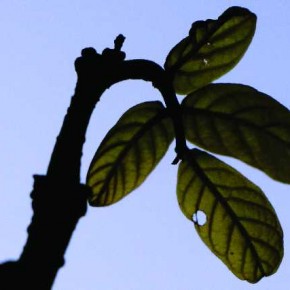 Minimum Focusing Distance: The minimum focusing distance of the kit lens is 30cm, which is not as good as the direct competition, but still allows you to capture close-up shots. Photograph/Raj Lalwani