iQOO Z5: On a Quest to be the Best

The iQOO Z5 is the latest addition to the company’s lineup of budget-friendly, speedy devices. Nilofer Khan puts it through its paces. 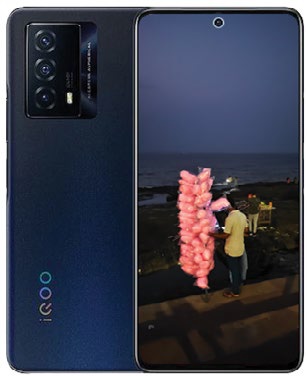 Back in 2019, vivo announced the launch of its new sub-brand iQOO (I Quest On and On) in China that produces cost-effective phones. A few months later, they launched the iQOO 3, the very first device from the company, in India, but decided to remain an independent entity. Since then, they have unveiled four phones—iQOO 7, 7 Legend, Z3, and recently, the Z5—that unites sophisticated technology with a simple design.

The Double Exposure mode has three options—Multiple Exposure, Front/Rear Exposure, and Two Exposure. In Multiple Exposure, you choose between three pre-loaded images or photographs from your gallery. The Front/Rear Exposure uses both cameras together, while the Two Exposure option captures two images using the rear camera. There are also three filters to choose from. The Pro mode offers EV, ISO, Shutterspeed, WB, and Autofocus options. 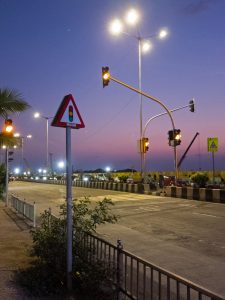 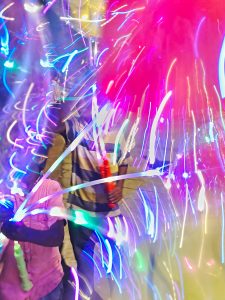 On the front, it features a 16MP f/2.45 lens. It offers Night, Portrait, Photo, Video, HDR, AR Stickers, Double Exposure, and Dual-View Video modes. In the Portrait mode, you can control the aperture (f/1 to f/16). The Beauty feature has varied options such as Slim Cheeks, Thin Nose, Mouth Shape, and others. Its Makeup mode has varied options to choose from. The Pose feature shows you a set of poses for your selfies. Once you select a pose, the screen shows dotted lines for that particular pose. You have to move your face and hands accordingly to fit in the dotted line to shoot the image. It also comes with features such as Style, Filters, and six Light effects.

Plenty to Play With
The RAW files show heavy vignetting, so much so that the centre of the image looks too bright. You can control this by opening the shadows and reducing the highlights. The RAWs shot with the ultra-wide lens have a heavy green tinge, which takes a while to get rid of. It is not the case with the main camera.

The ultra-wide lens renders sharp images in daylight, but in the evening, the photographs appear soft due to the loss in details. It’s expected with a lens of this nature. On the other hand, the wide-angle lens works far well even in low light, rendering only softer edges.

The Night mode produces sharp, punchy images. However, in some situations, I felt the yellow tinge of the street lamps appear brighter than it is. The Night and the Photo mode renders identical results in terms of sharpness and image quality. 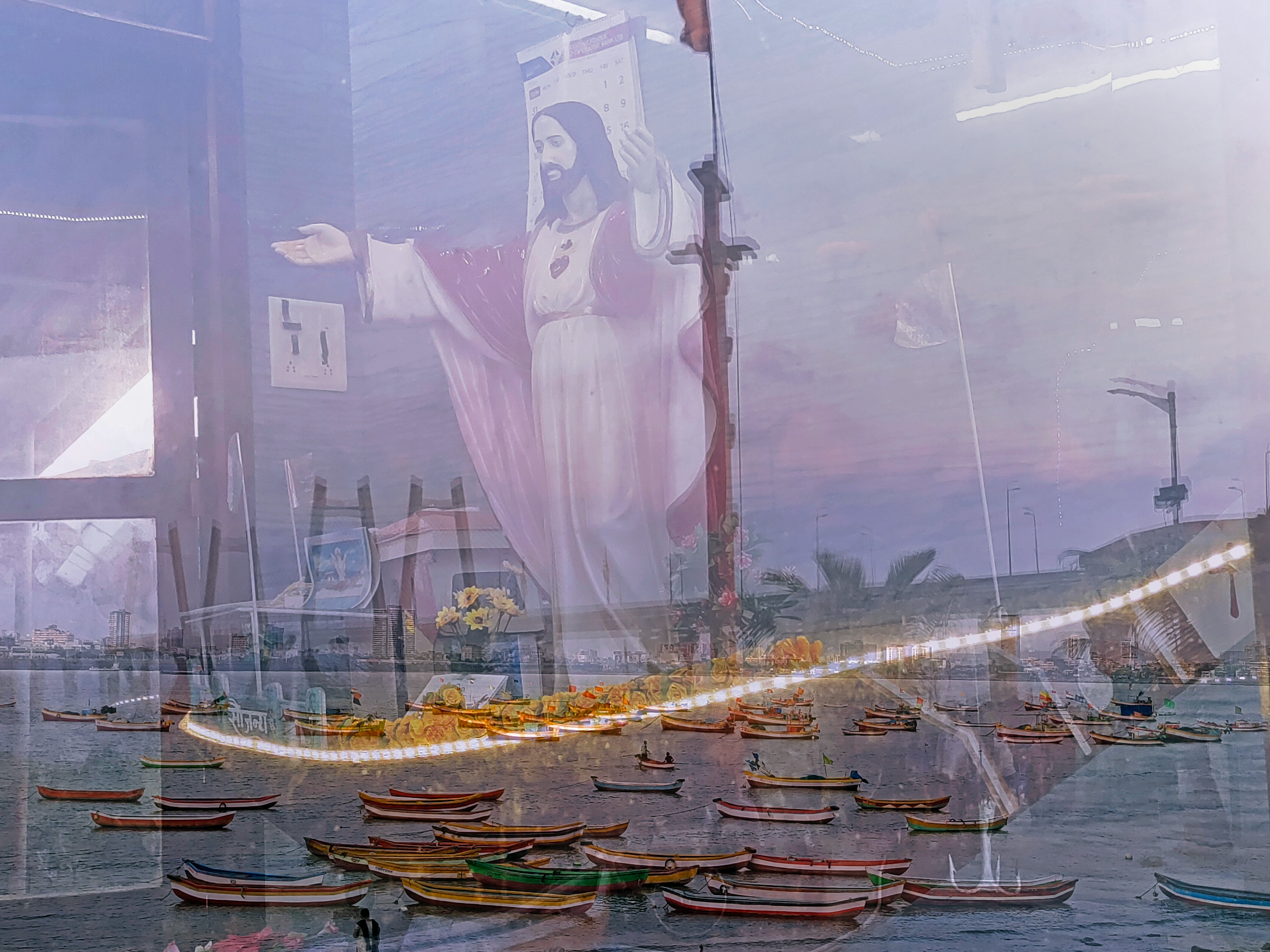 I used the Double Exposure mode to create this photograph. I was able to control the opaqueness of the first exposure (with the boats). In post-process, I had to tweak the highlights and shadows to get this result. Photograph/Nilofer Khan

The Astro mode automatically chooses the shutterspeed. There is no way to control the duration of the exposure. In comparison to the Night mode, I noticed that the Astro mode produces images with a bluish tinge, which can be corrected in post-production.

The 64MP camera produces excellent images during the day, with centre-to-edge sharpness, but the quality drops in the evening. However, it is usable.

The Pro Sports mode, too, does not allow you any control over the shutterspeed. It performs well in daylight, but if you’re shooting on a cloudy day or in the shade, the movements appear blurry. For instance, I shot a picture of kids running in a lane. It was relatively bright in the evening, but the feet and arms were blurry.

The Double Exposure has a minor issue when it comes to employing photographs from your gallery. It would ask me to crop the image, but the entire camera app shuts down after saving the cropped photograph. Even after multiple attempts, I was unable to load the images. Also, the processed JPEGs need minor adjustments for highlights and shadows.

The ultra-wide lens renders softer edges but can capture details well. I had to open the shadows to avoid the vignette, and tweak the colours to achieve a similar result like the processed JPEGs. Photograph/Nilofer Khan

The Portrait mode works well during the day and fairly well in dimly lit environments. The rear camera works better when you shoot at wide-open apertures and produces pleasing round bokeh. However, the same mode for the front camera creates an unnatural blur around the subject’s head. So, it’s better to shoot at f/8.

The Macro mode produces usable images in daylight. But if you are shooting indoors, the images are soft with little details in textures.

The Panoramas have centre-to-edge sharpness. However, pan slowly to avoid blurring out the parts of the image.

With Standard Stabilisation on, the pan and tilt motion in the videos are smooth, but if you happen to walk, then you can notice a slight jerk. On the other hand, the Ultra Stable mode produces exceptionally smooth movement, even when you are walking. This feature only records 1080p clips at 60fps. 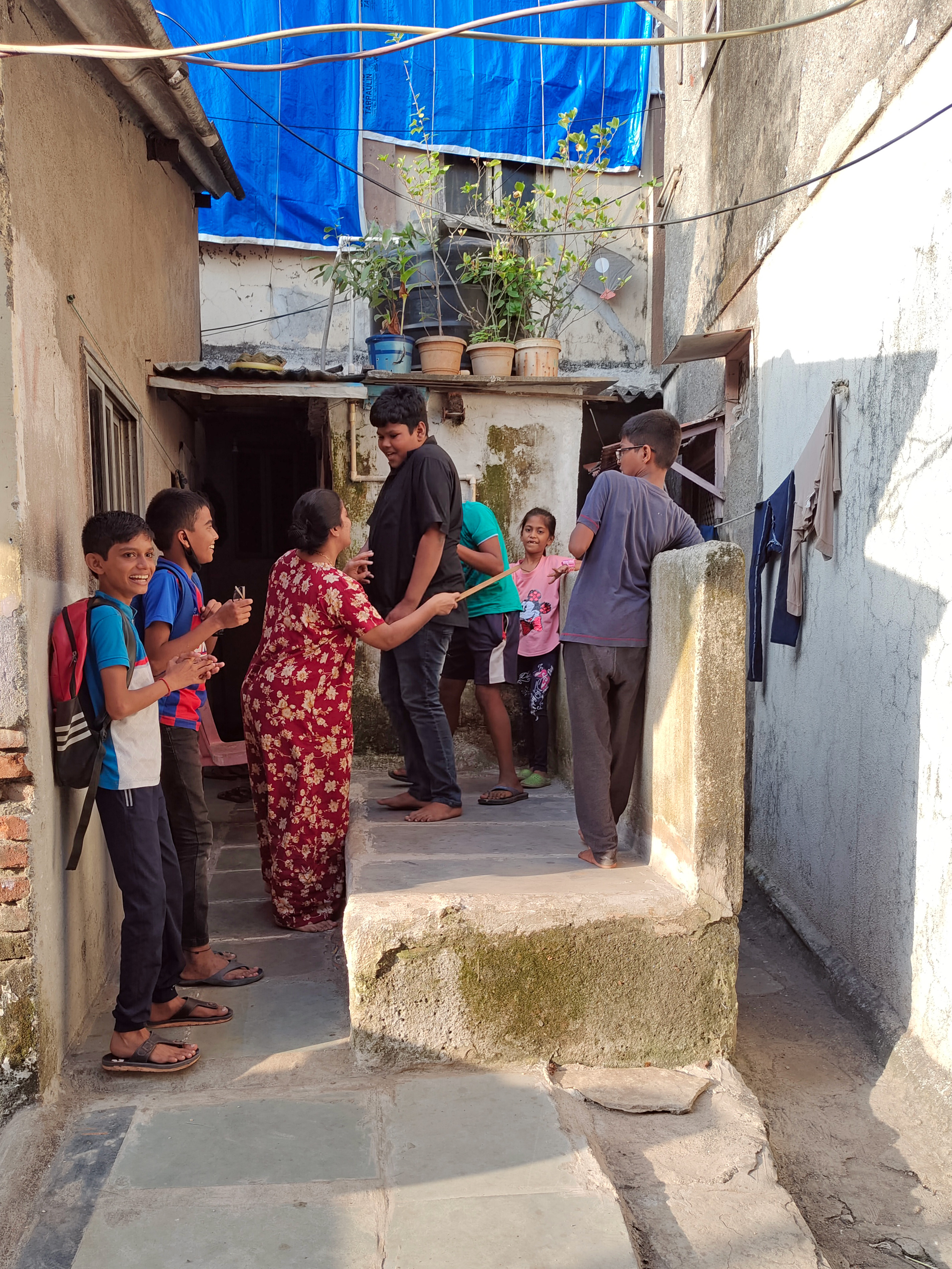 To create this image, I used the Pro Sports mode. Since the movement here was a bit slower, everything appears sharp. But when the kids moved too quickly, their feet were blurred out. Photograph/Nilofer Khan

Who is it For?
Considering the IQOO Z5’s target audience is gamers or anyone who needs an all-round smartphone, the phone will meet their needs. The overall camera performance is good, and it works well in low light too. The lack of an AMOLED screen can be an issue for some, but it is quite responsive. Priced at Rs. 23,990 (8GB RAM and 128GB storage) and Rs. 26,990 (12GB RAM and 256GB storage), the phone offers a wide range of features such as Pro Sports, Astro and Dual Exposure modes, largely seen in high-end devices. At this price point, it’s pitted against the likes of OnePlus Nord CE 5G (Rs. 24,999), Xiaomi Mi 10i (Rs. 23,999), Samsung Galaxy M52 (Rs. 26,999), and the vivo V20 Pro (Rs. 27,990), amongst others. But depending on your usage, the iQOO Z5 can certainly be an option.

This article originally appeared in the November 2021 issue of Better Photography.