The Sony Alpha A7R IV is the only full-frame camera yet with a resolution of 61MP, bringing it into the market space of budget medium format cameras. K Madhavan Pillai finds out if the fourth generation of Sony’s popular resolution-oriented A7R series recaptures the thrill its predecessors evoked.

This review originally appeared in the December 2019 issue of Better Photography. 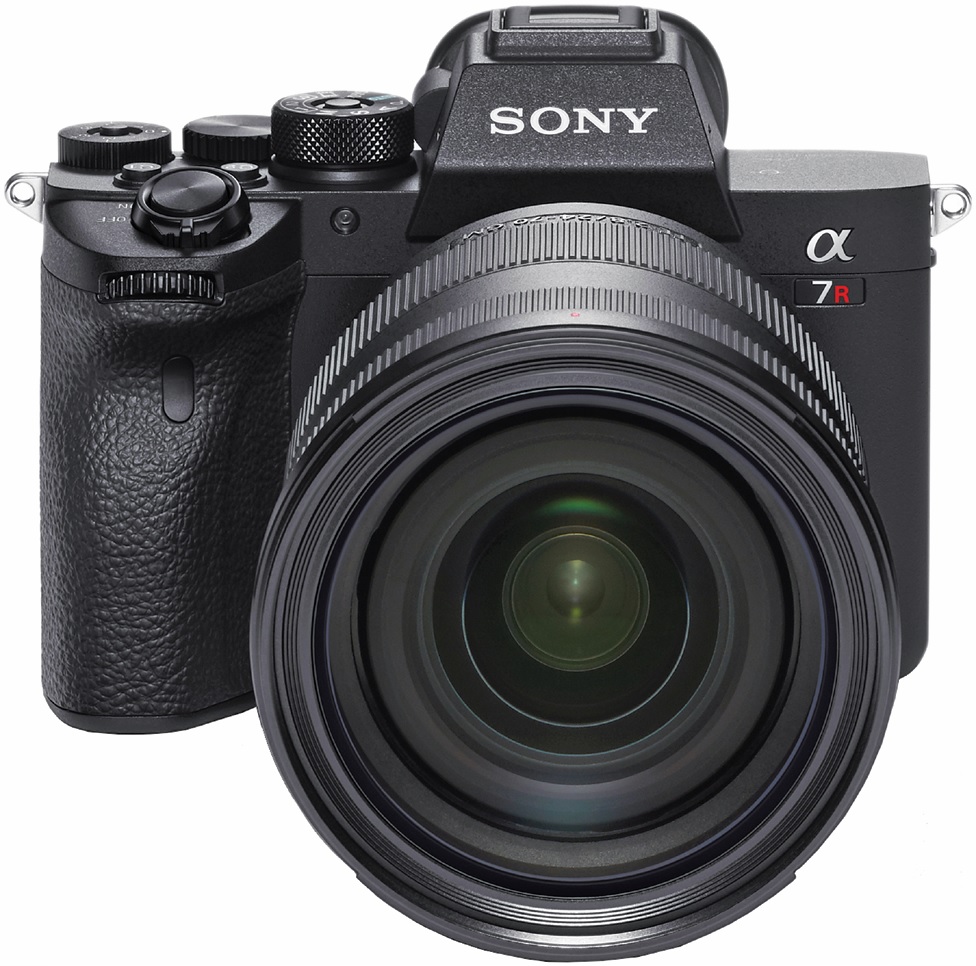 Especially for those times when pixel counts fall short, the Sony A7R IV is here to make a statement. Depending on how you see it though… numerically, 61MP is about a 44% increase in resolution over the A7R III and II (and the current full frame resolution frontrunner, the Nikon D850), but in terms of the difference this makes in print size, it is less than 20% in width and height, or diagonal. However, given the same print size, a 20% bump up in pixel level detail is important for many kinds of photographers, and so are the consequent benefits of being able to make tighter crops, using different image formats (new in the A7R IV), or using its APS-C crop mode, with a respectable 26MP, for better reach.

Features
Rather than the addition of technology that made the A7R III a big, exciting leap over the II, the changes in the IV over the III is more incremental and subtle, but it makes the IV a significantly more refined camera. To begin with, the 61MP back-illuminated CMOS sensor and the new processor is designed to enhance dynamic range (a huge 15 stops at ISO 100), and reduce noise while delivering detail, especially at low-to-mid ISO settings.

If 61MP seems insufficient, the A7R IV now includes a 16-shot Pixel Shift Shooting mode (in addition to the 4-shot mode from the A7R III) that makes 16 consecutively shot images, each image made with the sensor shifting by half a pixel. The 16 images then need to be combined externally (unfortunately not in-camera), using Sony’s Imaging Edge software, to produce a 240MP photograph. The Pixel Shift mode can only be used to photograph subjects that are absolutely still during the exposures, and necessitates the use of a tripod.

The A7R IV’s sensor sports a hugely upgraded, much larger, denser AF array, from 399 phase-detect points covering 45% of the frame in the III to 567 phase-detect points across 74% of the frame horizontally to 99.7% vertically. Switched to APS-C mode, the new system enables 325 phase detect points covering the entire frame. AF works at apertures down to f/11, at -3EV (with f/2 lenses), while also featuring Real Time Tracking and Real Time Eye-AF, for both humans and animals. With the higher pixel counts, one would expect Eye-AF to be more precise with faces that are more distant as well. Unlike previous editions, Eye-AF is also now available for movies, but only with human subjects. 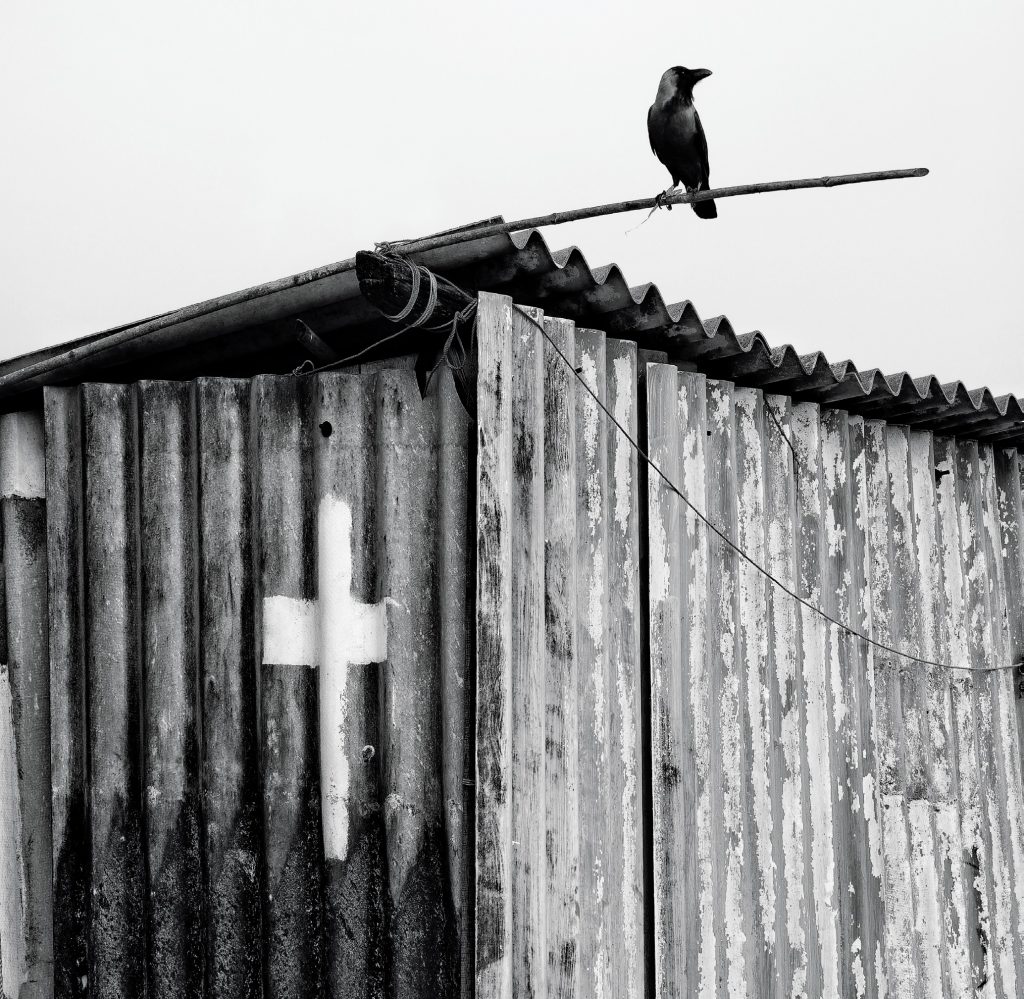 Along with its dynamic range, the 61MP sensor delivers details that are nuanced and revealing. I was impressed with the details, including on the crow. If this image was printed larger, you would be able make out the specular highlight in the eye of the crow. Exposure: 1/20sec at f/16 (ISO 80) Photograph/K Madhavan Pillai

Video specifications remain mostly unchanged from the A7R III. 4K 30p is available from the full width of the sensor, unfortunately with pixel-binning. More detailed video comes from the oversampled Super35 crop, that changes crop rations from 1.6x at 24p to 1.8x at 30p. This also makes it tougher to achieve wider angles, even with crop sensor lenses. S-Log 2 and 3, and Hybrid Log-Gamma are available. The camera records at a maximum of 8-bit 4:2:2, internally or over HDMI.

The EVF of the A7R IV is now a very highly detailed 5.76 million dot OLED panel with 0.78x magnification, allowing detailed viewing, and precise magnified views for focus. It can be set at a refresh rate of 60fps to conserve battery, or to 120fps to for almost perfectly lag-free viewing.

Despite the resolution, then A7R IV is capable of an impressive 10 fps with AF and tracking, with 12-bit Compressed RAW + JPEG (buffer depth of 68 frames). Enabling 14-bit Uncompressed RAW + JPEG drops the rate to about 6 fps (buffer of 30 frames), understandably, owing to the large 120MB RAWs. Unfortunately, switching to JPEG only does not increase the buffer depth beyond 68, but the buffer also empties a lot faster into memory cards.

The A7R IV is enabled with two UHS-II slots that can take the latest high-speed SD cards. The III had two slots too, but (oddly) one was UHS-II and the other UHS-I. Also new is the in-camera, menu-based interval timer. Unfortunately, there is no Bulb timer, or no way to set a long exposure, directly from the menu.

Weathersealing has been enhanced over the A7R III, and the A7R IV feels decidedly better balanced in the hand, not heavy, but not too light. Despite looking almost identical to the A7R III, there are design changes (buttons and dials are larger, the joystick is textured) that make it significantly more comfortable to use, with controls falling more naturally than previous A7 cameras. 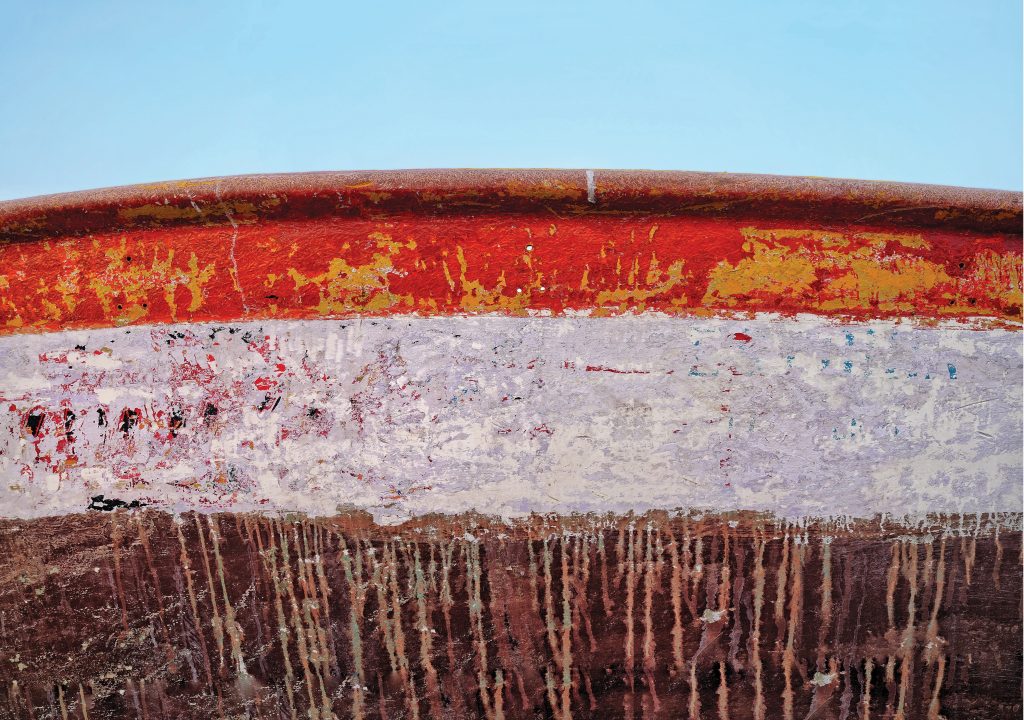 With the upgraded Pixel Shift Mode, the A7R IV is capable of 240MP files— excellent for highly detailed, fine art prints up to 40 x 60 inches— albeit only with subjects that are absolutely stationery during the 16 consecutive exposures. Exposure: 1/30sec at f/5.6 (ISO 100) Photograph/K Madhavan Pillai

The menu system continues to be complex. A large number of customisations are possible (about 120 different options), for button (11 buttons can be customised) and dial behaviour. The ‘Fn’ menu can also be customised separately for stills and video. Luckily, apart from saving settings in the camera, you can save to an SD card as well, in case you want to revert to different presets after experimenting with options, or if your camera is reset at the service center.

The touchscreen is the same as the A7R III, and continues to be underutilised with limited functionality. Except for shifting the focus point with my eye to the EVF, I rarely used it.

This brings me to an aspect of the performance of the camera that simplifies its handling to a large degree.

I was very pleasantly surprised to see the accuracy and ease with which the A7R IV managed to identify, select, focus on, and continue to track subjects. The new Real-time AF Tracking system is very versatile. I often left it to its own devices with single subjects and simple backgrounds, at AF-C in the Wide Tracking mode, with face and eye detection turned on. With complex backdrops and more subjects in the frame, I chose tracking with Flexible Spot Small or Medium, with focus behaviour biased towards remaining locked on, and the release to focus priority. The A7R IV very satisfyingly managed to get 8 of 10 images in perfect focus. The few times that AF faltered, and at times struggled, was in low light levels, and especially in scenes where the background was considerably brighter than the subject. Switching to AF-S helped. 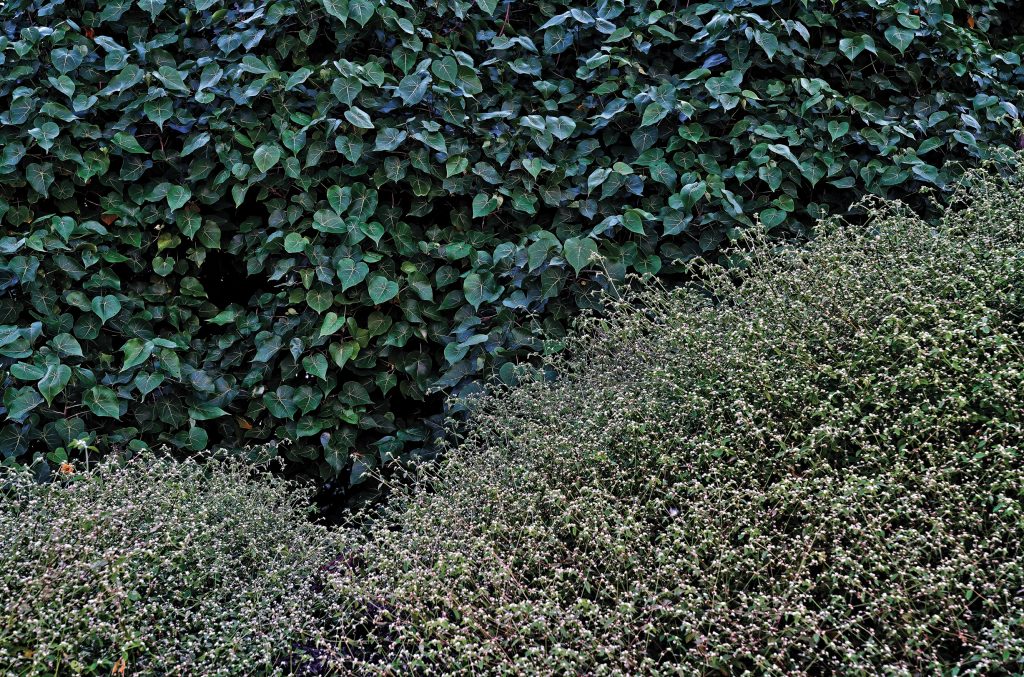 The extensive dynamic range at lower or base ISO settings ensure plenty of shadow and highlight recovery, and colour and tone control. Exposure: 1/30sec at f/48 (ISO 320) Photograph/K Madhavan Pillai

Image quality was simply extraordinary, with exemplary detail, especially at low ISO settings. Recoverable fine highlight and shadow detail was excellent with the 14-bit uncompressed RAW files. One of lesser known benefits of the A7R IV is its sensor’s ISO invariance. ISO 100 and 320 have almost the same dynamic range. Where ISO levels need to be increased, shooting at ISO 320 but increasing exposure in RAW files in postprocess retains a higher dynamic range, but show noise levels similar to higher ISO settings.

Sony colours tend to be a bit saturated, and for the most part, not unpleasantly so. However, getting perfectly accurate colours does take a lot of tweaking, and red tones, in particular, are tough to get just right.

Conclusion
The price tag is an eye-watering Rs. 3,21,990. If you already own either the Nikon D850 or the Sony A7R III, I would suggest sticking with it. But if you are looking at the Sony Alpha A7R IV as your first high-resolution camera, know that buying it is all about needing it very specifically for its resolution, because your next big expenditure will be the very best optics money can buy, and tons of storage. That said, the A7R IV is a very versatile performer, and will give medium format cameras from Fujifilm, Pentax and certainly Hasselblad, a hard run for the money. Of course, wallet permitting, go for it! 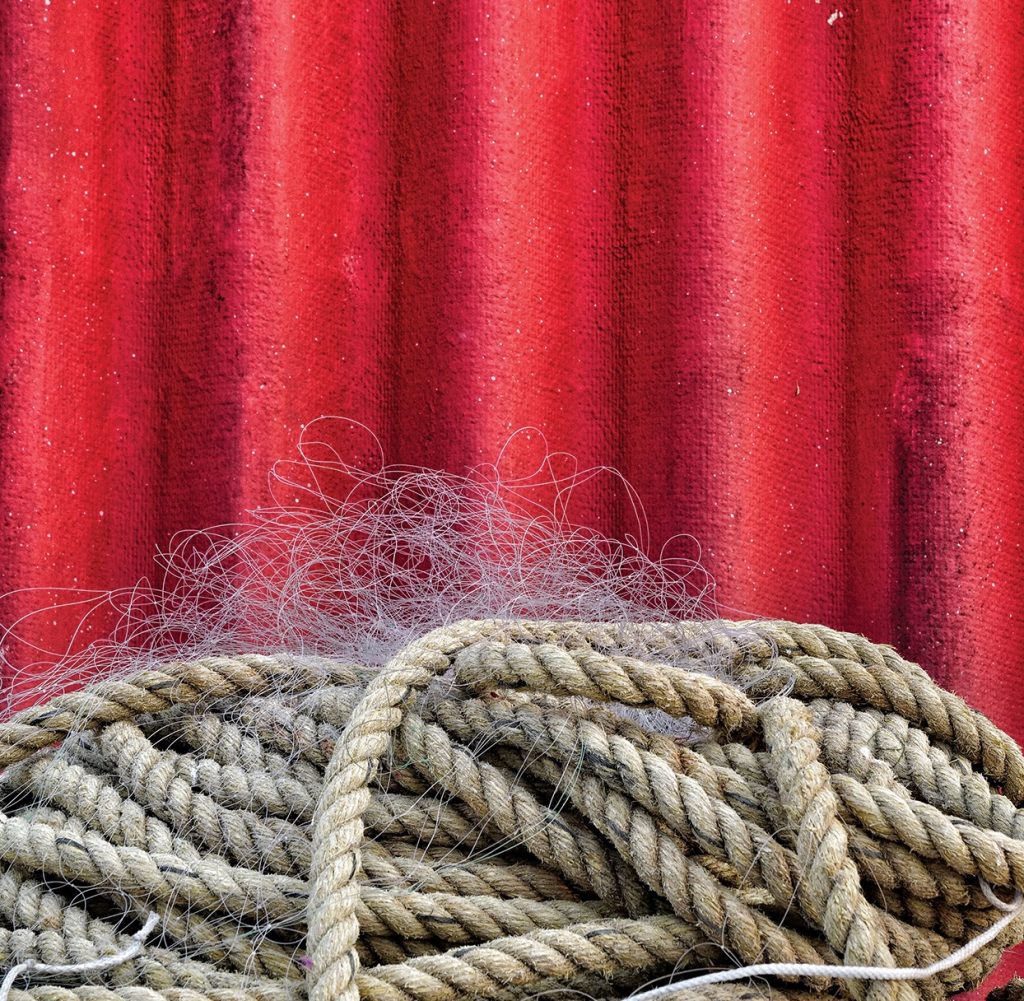