Fujifilm X-T100: Another Joins the Fray

This review was originally published in September 2018. 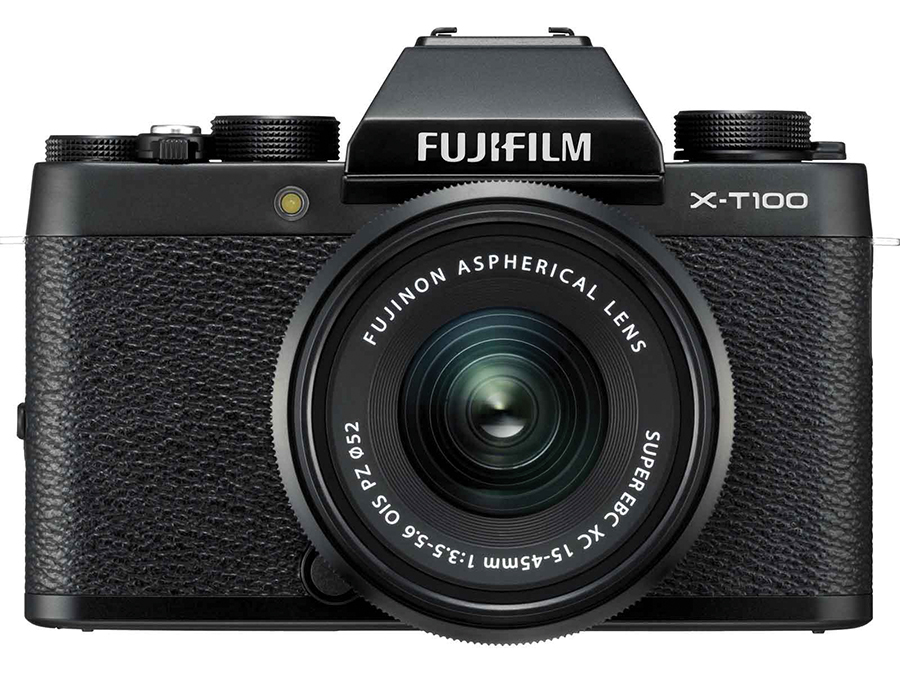 Aimed at entry-level, social photographers, and vloggers, the X-T100 has an interesting set of features and a very stylish design backing it up. At first glance, it even seems to take inspiration from the X-T20’s design. Its closest competitor is the similarly priced Canon EOS M50, that I had recently reviewed. But does it prove to be competent under scrutiny?

Features
The Fuji X-T100 has a 24.2MP APS-C CMOS sensor, a 2.36 M-dot OLED electronic viewfinder, and a 91-point Hybrid AF system, of which 35 use phase detection. It makes use of the traditional CMOS sensor instead of Fujifilm’s X-Trans CMOS.

The X-T100 has an ISO range of 100-51200 (when extended fully). If one wishes to shoot in RAW, however, they would be restricted to ISO 200-12800. Its 3-inch touchscreen LCD can flip out 180° and tilt up and down. It also offers 6fps continuous shooting of up to 26 JPEGS. While the camera can also shoot 4K video, it can only do so at 15fps. It does, however, have a time-lapse feature which allows for time lapses to be shot and compiled within the camera in 4K/30p. The mode dial on top features modules like Aperture, Manual, Shutter Priority, Program, Advanced SR auto (which selects optimum camera settings based on modes), Advanced Filter, Portrait, Portrait Enhancer (which smoothens a subject’s skin), Landscape, Sport, Night, and Motion Panorama.

Fujifilm analog emulsions, which are much liked by many older photographers, are also available in the X-T100 for the younger generation to experiment with. Besides this, the camera has built-in Wi-Fi and Bluetooth connectivity, along with external mic support (which, unfortunately, is a 2.5mm jack). The X-T100’s NP-W126S Li-ion battery has a 430 shots per-charge certification by CIPA, which is far more than that of the EOS M50. 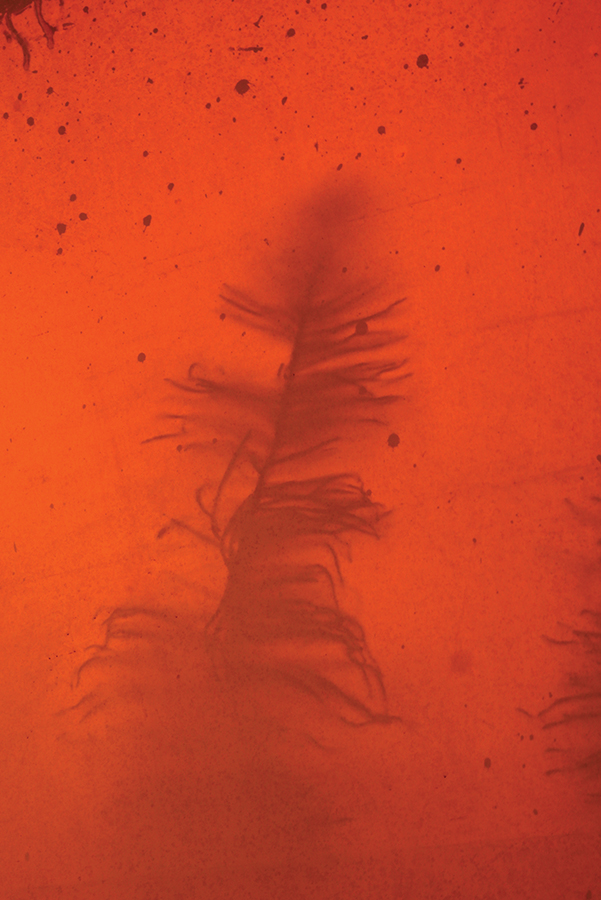 As someone who particularly enjoys making pictures of still life, I found that the X-T100 delivered images of excellent quality. Exposure: 1/14sec at f/22 (ISO 1000). Photograph/Tanvi Dhulia

Handling
Compact and fairly lightweight, the X-T100’s faux leather textured body and detachable right-hand grip makes it easier to hold. Its dials and buttons aren’t cramped together like in the EOS M50, allowing one ample space to navigate comfortably. On the right of the screen are just the four-way controller and the button to bring the display back. A set of dials on top can be used to switch to different modes, change film simulations, and alter shutter speed and aperture. Even though this was my first time operating a Fujifilm camera, I swiftly got used to the device. But a lot of that comes down to personal preferences. Although it possesses touchscreen features, I found the absence of the option while using the Q menu a bit frustrating. When using the screen to focus while looking through the optical viewfinder, the camera is a tad sluggish. Furthermore, unlike the M50, the X-T100 pauses to focus before releasing the shutter when one is utilising the touchscreen to shoot. Using Pre-AF doesn’t considerably improve the situation. The XC15–45mm f/3.5-5.6 OIS PZ kit lens that came with the camera is equipped with Power Zoom which, in my opinion, didn’t operate as smoothly as one would expect it to. 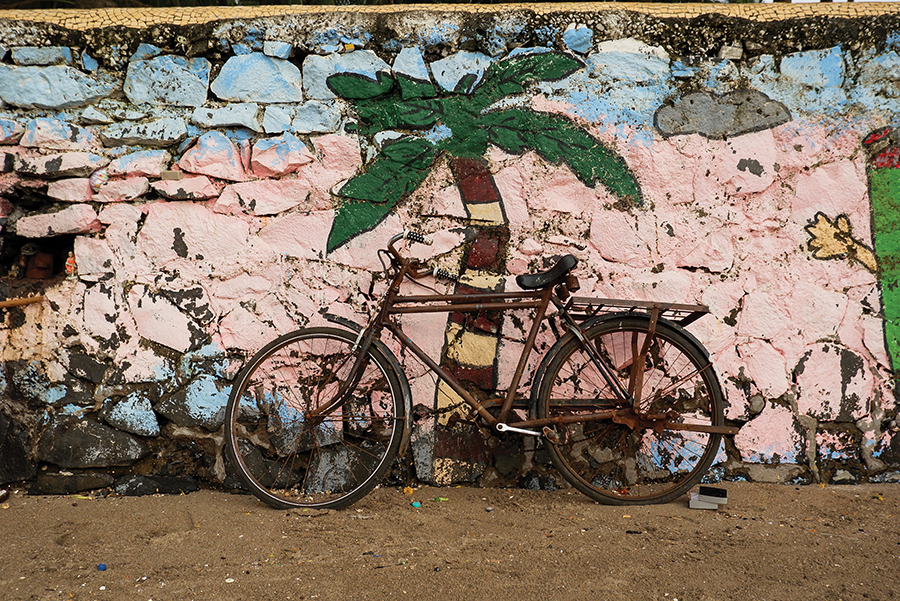 The camera is a good device for anyone who likes to shoot with a lightweight device. Exposure: 1/3000sec at f/4.2 (ISO 800). Photograph/Tanvi Dhulia

Performance
The X-T100’s 35 phase detect points cover approximately 40 percent of the frame, hence it’s best to ensure that a moving subject doesn’t wander too far from the center. In comparison, the EOS M50 covers a larger area in this aspect. The camera locks focus well on stationary subjects, but not so much on moving ones. It doesn’t do a very good job of maintaining focus on subjects approaching the device or moving across the frame while shooting stills. It provides excellent image quality with bright, yet realistic, colours and crisp details. 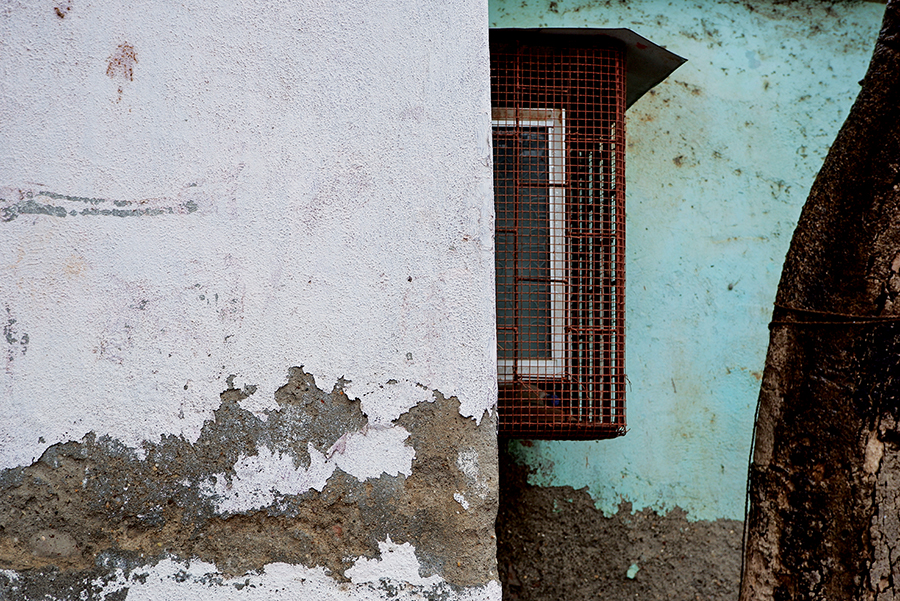 Conclusion
The X-T100’s sturdy, compact body and relatively light weight make it very easily portable, and its interface is simple to navigate with buttons that can be customised to each person’s preference. This helps make it a good camera for beginners. Vlogger’s might also take interest in it. The camera is capable of making good quality videos at 1080p, although it doesn’t always maintain focus well on moving subjects. Its touchscreen isn’t nearly as efficient as the M50’s. The latter’s AF capabilities are also far superior than the X-T100’s. Neither of the two possess in-camera image stabilisation.

Priced at Rs. 39,999 along with the kit lens (XC15–45mm f/3.5-5.6 OIS PZ), the X-T100 is a capable device that delivers good looking images. One is also sure to be pleased with its film simulations, and the quality of the JPEGS themselves. I particularly enjoyed it because I tend to shoot still life. However, if you like to make pictures of moving objects and people, the EOS M50 might be more suitable.