Canon EOS 60D: Neither Here, Nor There The Canon EOS 60D actually lacks a number of pro features that its predecessor, the 50D had. Shridhar Kunte tests the camera to see whom this camera really targets.

Two years in the world of camera technology is an entire generation. This is why we were interested to find out what Canon had in store for us, when we first heard rumours about the EOS 50D being replaced. The launch of the 60D took us all by surprise though, since the camera was extremely different from what everyone expected. After the semi-pro build and feature set of the 30D/40D/50D, it seemed a little weird that Canon’s latest was a downgrade of sorts.
The probable reason why this happened is actually a very interesting one. Nikon never had a product that could directly compete with the EOS 50D. The D90 was lesser expensive and lacked the pro build of the Canon counterpart, but was far more popular. With the D90, Nikon had reached a sweet spot in terms of features, performance and pricing. While creating the 60D, Canon seems to have tried something similar.

Features
The EOS 60D is like a combination of a number of cameras. In terms of sheer features, it borrows a lot of features from cameras like the 7D and 550D—notably, it uses the same 18MP sensor as these two cameras. Just like the aforementioned cameras, the 60D has Canon’s brand new iFCL metering system that measures Focus, Colour and Luminance information to determine the best possible exposure for a particular scene. The camera also has an electronic level gauge, which will help keep horizons straight and will also be useful while shooting video.

In terms of video shooting, the 60D, just like a number of other Canon models, is state of the art. You can shoot Full HD video with completely manual control and selectable frame rates. It is possible to select frame rates from: 30fps (29.97), 25fps, and 24fps (23.976), with 60fps (59.94) and 50fps available at 720p. With an external microphone input, the camera is an ideal tool to make professional movies.

Handling
If you expected the build quality of the 30D/40D/50D, you will be terribly disappointed. The 60D lacks the magnesium alloy body of its predecessors. We were happy to note that it is definitely sturdier than the EOS 550D. Polycarbonate resin and glass fibre armour has been used over a stainless steel chassis to make the camera body light and tough.

The big change about the 60D is the use of a tilt-and-swivel LCD screen. This makes it the company’s first DSLR to have an articulated screen. While it may not be a dealbreaker for most people, it is the screen that differentiates the camera the most from the entry-level 550D. Those who shoot a lot of macro photos or enjoy video, will appreciate this ergonomic advantage.The layout of buttons has been redesigned to a large degree.

Canon has added a mechanical lock at the centre of the mode dial, to ensure that the shooting mode does not change accidentally. This kind of an arrangement was earlier found in the company’s film SLRs and can be quite useful.The other major change is the redesigning of the rotary thumb wheel—while the thumb wheel is very much present, the joystick that was seen in the EOS 50D has been replaced by an eight-way rocker switch. The problem with this switch is that it barely seems to move. There is no real feedback when you move it in any direction.

As a result, I found it difficult to press at times, and as you rotate the wheel with your thumb, it is easy to accidentally depress it. The worst thing about it is that it is not only inferior to the ergonomics of the older 50D, but also not as intuitive as the buttons of the cheaper 550D.

Performance
The 60D started up almost instantly, and is quite fast overall. Our only concern, besides the reduced shooting speed, is the fact that the camera can now record only 58 pictures in a single burst—slightly down from 60 on the EOS 50D.
Low light AF was generally accurate. However, there were instances in very low light when the camera cycled the lens several times before it managed to lock onto the subject. There is no AF assist light on the camera, so while focusing in real low light the built-in flash has to rise manually. This can be a huge disadvantage as it often disturbs the subject and makes the photography really conspicuous.

After shooting in varied situations, I came to the conclusion that the metering system has a slight tendency to produce overexposed photographs. The E-TTL II flash metering worked very well, balancing the flash and ambient light. The low light quality of the camera is very good—ISO 3200 gives excellent results. While shooting in fluorescent and tungsten light, the camera presets overcorrected the colours, but the manual measurement system helped deliver a neutral colour balance.

This review will be incomplete without mentioning the video performance of the camera. I had great fun shooting Full HD video, particularly while shooting from unusual angles. The video was smooth and without any artifacts. I only wish it had the ability to focus continuously—something that has been incorporated in cameras like the Sony A55 and Nikon D3100.

Conclusion
When the 60D was first launched, I was really confused. The company decided to downscale their previous line of cameras to bring the price down, while the competition, at the same time, upscaled their mid-level DSLR category. As compared to its immediate competitor, the D7000, the 60D seems to lag behind in terms of photographic features.

Does the camera offer anything that differentiates it from the 550D? Both cameras have the same sensor and the same video features. It is the tilt-and-swivel screen that is the main difference, besides the ability to wirelessly control an external flashgun. On the other hand, does the camera offer anything of note to a 50D user? Sure, the image quality of 60D is better, but the feel and handling are a drastic decline. According to us, a 50D user should rather graduate to the superb EOS 7D, while most other users would be better suited to buying the 550D.

That does not mean that the 60D is a bad camera. On the contrary, it is an excellent camera when viewed on its own. It is just that when seen in terms of Canon’s line-up, its main audience will only be video fans who want the benefits of an articulated screen. In trying to create a new segment, Canon has produced a camera which is neither here nor there. 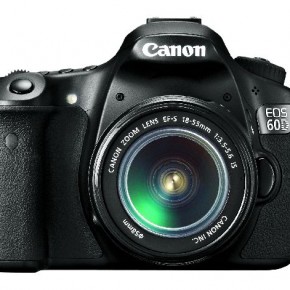 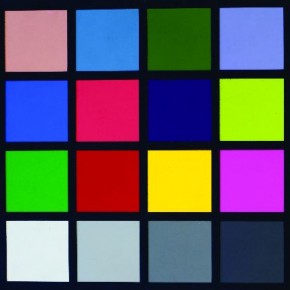 Extremely Accurate Colour Rendition The 60D captures colours exactly the way they are. The tones of red, green and blue in the above colour chart are perfectly accurate. Photograph/Shridhar Kunte 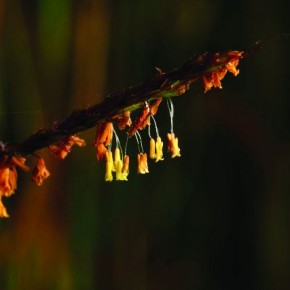 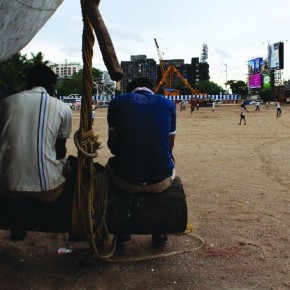