After the delayed launch of the GF1, Panasonic India will hope that a touchscreen willraise the interest levels in the new LUMIX DMC-GF2. Shridhar Kunte puts it to the test.

Cameras just seem to get smaller. The Panasonic LUMIX DMC-GF2 is the world’s smallest and lightest interchangeable lens camera with a built-in fl ash. The body is not as small as the NEX cameras, but I found the GF2 more interesting as it has a fl ash, and the lenses are much smaller.
The camera’s predecessor, the GF1, was a mixed bag—it had excellent ergonomics, but the quality and pricing left a lot to be desired. The big difference with the GF2 is a touchscreen interface, which helps make the camera’s size smaller. The camera is available in two kit options—either with a 14–42mm zoom lens or with a fi xed 14mm f/2.5 lens. We tested it with the 14mm lens (28mm equivalent) to fi nd out whether the GF2 is only a cosmetic upgrade, or more.

Features
Besides the touchscreen, this 12.1MP camera has a number of shooting modes that are targetted towards amateurs and beginners. The GF2 has 17 Scene modes, some of which can be used while shooting Full HD video as well. The Peripheral Defocus mode helps beginners use depthof- fi eld effectively.
Unlike Olympus Micro Four Thirds cameras, the GF1 is not fully compatible with all Four Thirds lenses, and can autofocus only with those that support contrast-detect AF. One should remember that Panasonic’s mirrorless cameras do not have in-body stabilisation. Instead, the company prefers to add IS to its lenses. However, not all of its lenses are equipped with this technology.
An EVF can be purchased separately, which connects via the accessory port on the rear. Unlike Olympus, you cannot attach an external stereo microphone to the camera through the accessory port.

Handling
For those who thought that the GF1 was small, you should really check out the GF2. It is 19% smaller and 7% lighter! However, due to the smaller size, I often found myself accidentally pressing the smaller buttons on the back. At times, I also activated the touchscreen interface of the camera by mistake.
The GF2’s interface has been simplifi ed to a great extent. I was initially sceptical about the fact that there is only one exposure dial, which is smaller and more recessed than I would like it to be. However, an extended use of this camera helped me adjust to this.
I also missed the AF/AE Lock button, which was conveniently positioned next to the thumb-grip in the GF1. The GF2 has a Fn button, which can be customised to access important any important feature, but the position of this button is not so convenient. While carrying the camera in fi eld I found that the fl ash often popped up accidently. Thankfully, there is no compromise in build quality.
Once you get the hang of it, the touchscreen interface is very responsive and a joy to use. In a way, it gives the camera a unique advantage over its competitors. Tapping the LCD identifi es the specifi c part of the frame you want to focus on, while doing this in the Tracking mode will help you identify which object you need to track.

Performance
When used with the 14mm pancake lens, the AF of the camera was very fast, even in low light. Panasonic has really mastered the contrast-detect AF technology and their cameras enjoy a signifi cant advantage over the competition, in terms of AF performance. In extreme low light conditions, the AF assist lamp helps in achieving fast and accurate focus. I used the camera to do a lot of street photography at night. It was my constant travel companion and the camera easily captured the fi recrackers that were burst to celebrate India’s victory in the recently concluded cricket World Cup. That said, the battery of the camera runs out really quickly, probably because of the use of the touchscreen.
The metering does a good job in most situations, but it tends to underexpose photographs slightly while shooting against the light. The JPEG images straight from the camera are sharp and vibrant, but slightly overprocessed. The noise performance is the same as the GF1—it cannot come close to the kind of quality that the larger sensor in the Sony NEX cameras produces. You should ideally shoot RAW to get the best possible sharpness and dynamic range.
The tiny pop-up fl ash is very useful to add some extra illumination when you are shooting a subject from a close distance. However, when used with the 14mm f/2.5 lens, the coverage of light is not adequate, leading to uneven lighting in the images.
Auto White Balance performs well outdoors, but images shot under tungsten lighting showed a distinct warm cast. While using Tungsten and Fluorescent WB, the presets overcorrected the colours slightly, but again, these are problems that can be solved by shooting in RAW.
Unlike the GF1, the GF2 can also shoot Full HD (1080p) video. Besides the size and resolution, there is a noticeable difference between the video clips recorded at 1080p/720p and SD video. Clips shot in the VGA Crop mode are soft and of very low quality. The audio quality from the built-in stereo microphone is excellent. Even though the microphones are placed rather closely, the separation of sound and stereo effect is very good. For any kind of video shooting, I would recommend to use at least a Class 6 memory card.

Conclusion
Some of the strong points of the Panasonic GF2 are the same as its predecessor—a really small form factor and excellent build quality. However, do not let the nomenclature fool you. The GF2 is not really an upgrade of the GF1, but instead, a slightly simplifi ed version. The ergonomics are still very good. We found this to be one of the few touchscreen cameras in the market that you can trust.
However, the problem again relates to timing. The GF1 was an extraordinary camera when it was announced, but by the time it arrived in India, the competition had raced ahead. Due to the number of mirrorless options available today, the GF2 faces much stiffer competition at its launch itself. Moreover, most of this competition is already far ahead. The pricing of the GF2 is more sensible than that of the GF1, but it is still overpriced. After all, some cameras—like the Sony NEX series—offer far better image quality at a much lower price. We recommend that you either look at the various options available in the market, or wait for the price of the GF2 to drop drastically.

Ergonomics
Only one exposure dial, no AE/AF button
11/15 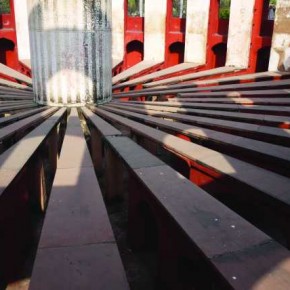 The camera shows good dynamic range if you shoot in RAW. Even blown out highlights can be retrieved quite easily. Photograph/Shridhar Kunte 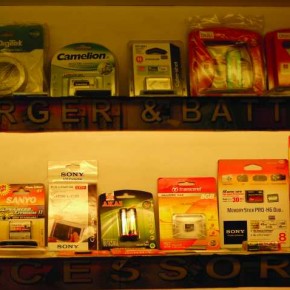 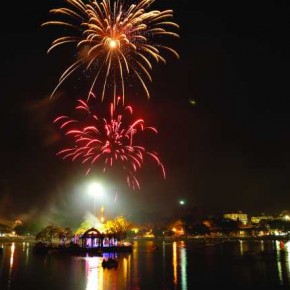 At base ISO, the image quality of the GF2 is excellent, with superb detail in highlights. Exposure: 6 sec at f/5.6 (ISO 100). Photograph/Shridhar Kunte 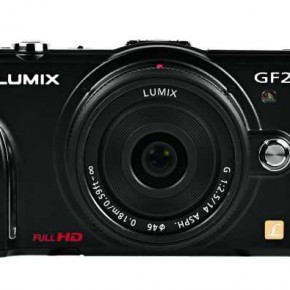