Raj Lalwani takes the Canon PowerShot S95 through its paces in three different cities, to discover that the company’s best compact camera has just become better.

DSLR cameras are great because they score highly in terms of image quality, speed of operation and the ability to control the final photograph. However, they can be bulky and cumbersome to carry around. This is the main reason why so many photographers, professionals included, gravitate towards smaller cameras that have pro features.

However, as we discussed in last month’s review of the Canon Powershot G12, the market for high-end compact cameras has been seriously threatened by the recent mirrorless revolution. But then, at the end of the day, even mirrorless cameras are not exactly pocketable.

That is why a tiny camera like the Canon PowerShot S95 always attracts curiosity. The camera’s predecessor, the S90, had really impressed us when we tested it last year—it received the highest rating we have given to any compact camera. But then, is it possible to improve a camera that continues to be the best in its class even a year after its release?

Features
On paper, it seems that the answer is no. The essential specifications of the S95 remain the same—RAW shooting and a 28–105mm lens that has a maximum aperture of f/2 at the wide end. This allows you more depth control than regular compact cameras, and also allows you to shoot in low light without increasing the ISO.

The S95 has only a few subtle changes. For one, it allows you to use five different aspect ratios, as compared to the S90, which could only shoot two. It also incorporated Hybrid IS, a technology that improves stabilisation while shooting close-ups and macros.

The camera includes Focus Tracking, which works really well for a compact camera. It also has a new AF Bracketing mode, in which the camera shoots three pictures at slightly different focus distances. Considering that the AF system of the camera is very accurate, I never felt the need to use this mode.

The camera gains some new Scene Modes, notably a High Dynamic Range mode that works superbly. All you need to do is to keep the camera on a tripod, and it will fire three shots and combine them automatically to give you a photograph that shows excellent tonality. In fact, while shooting still subjects, we found this mode far more effective than shooting in RAW and retrieving detail in Photoshop.

Handling
The best thing about a camera like the S95 is that it becomes a part of you. Mirrorless cameras or compacts like the G12 are easy to carry, but they still need to be carried in a separate camera bag. The S95, on the other hand, slipped into my jeans pocket every day, as I went out to shoot in Mumbai, Bengaluru and Delhi. Though I always carry a DSLR, the S95 became the first camera I turned to, in most shooting situations. The camera was always at hand, whether I was shooting in the unseasonal rain that Mumbai received, the low-lit pubs of Bengaluru or through the foggy mornings of Delhi’s winter.

The old S90 had great handling, but there were certain quirks that were widely criticised—the camera had no proper grip, the back control dial was too loose and the position of the On/Off button on top was confusing. Admirably, Canon has addressed each of these problems. While there is no dedicated grip yet, the S95 is not slippery because of a new matte, textured finish. According to the company, the textured coating used in the S95 is similar to that used in their semi-pro DSLR, the EOS 7D.

The Multi Control dial at the back is more tactile in nature, with definite clicks that can be heard as it turns—this ensures that settings do not get changed accidentally. The position of the On/Off button too, is more intuitive.

Just like the S90, the camera has a Lens Control Ring around the lens. You only need to turn this ring—just like you would rotate the focusing ring of a DSLR’s lens—to adjust various functions. Through this, you can adjust ISO, exposure compensation, modes or even the zoom setting at which you are shooting the image!

In the Custom mode, the camera can now remember a larger number of settings. For instance, while exploring the streets of Bengaluru, I preset the camera to 28mm, f/2.8, ISO 400 and preset the focus to the hyperfocal distance—all I needed to do was switch on the camera, compose and shoot!

Performance
To complement the superb build quality and on-field handling, the S95 produces images that arguably have better quality than any other compact camera. At base ISO, the images are tack sharp—you will really need to look closely to differentiate them from DSLR images. As you increase the ISO, the noise control is excellent. It is not as good as a DSLR, but even ISO 3200 retains a good amount of detail. Combined with the fast f/2 lens of the camera, this allows you to shoot in light levels that are otherwise not easy for compact camera photography.

The colours are pleasing, and there is no loss of saturation even at high ISO settings. Dynamic range is excellent. It is the quality of JPEG files that is the true highlight of the S95, especially when compared to the competition. The RAW images are marginally better, but the JPEG files are good enough for most practical purposes.

The lens shows exceptional control over flare. Some fringing is present, but it is not too noticeable. The autofocus is quick and accurate—despite shooting in a number of varied shooting situations, the S95 managed to keep up.

While the stereo sound in the HD video clips is great, we were extremely surprised to see that the camera can neither use optical zoom, nor focus continuously during video capture. In fact, over lunch, I shot a few seconds of my friend sitting beside me, only to realise that when I panned the camera, it did not focus on my other friend who was sitting further away. Considering that even inexpensive compact cameras today have better video functionality, the S95’s video performance is a shame.

Conclusion
When we tested the Canon S90, we applauded its overall handling, especially in terms of how easily it allowed you to get your shot. The S95 takes this legacy and makes a few subtle, but important changes. The high ISO performance of the camera too, has been improved slightly. Are these changes good enough to tempt somebody who already owns an S90? Not really, but they do ensure that the S95 remains top of the game. Its price of Rs. 26,995 may seem a little high, but the Canon PowerShot S95 is, by far, the best camera in the market for those who wish to carry a pro-quality compact in their pocket.

All Photographs by Raj Lalwani 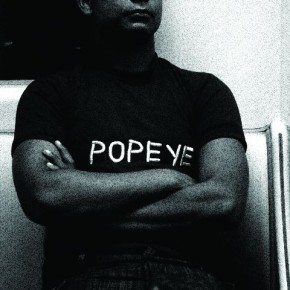 Nostalgia Mode: This fun-filled Scene mode reduces saturation in varying levels—you can shoot something that has faded colours, or even a high contrast B&W picture. 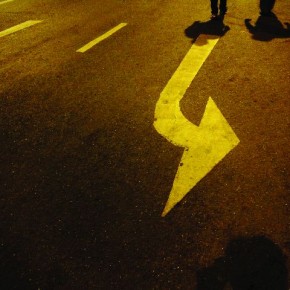 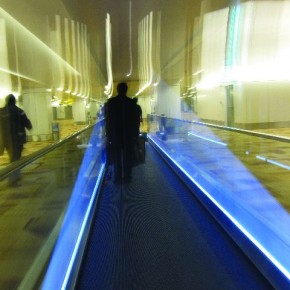 The S95 features Hybrid IS, which allowed us to handhold this photograph despite using a very slow shutterspeed. Exposure: 1sec at f/5.6 (ISO 80)