Rarely do lens manufacturers release wide angle block lenses. So when I got my hands on the Olympus Digital 12mm f/2 ED MSC, my expectations were quite high. Wide angle large aperture prime lenses come with their own unique set of problems, especially when the lenses are made for smaller sensors. We put Olympus’ latest addition to the test. While it surpassed our expectations in most of the areas that mattered, it fell short in a few. Read on.

Features
Mounted on any of the PEN series of Micro Four Thirds mirrorless cameras, the 12mm has the same angle of view as a 24mm does, on a 35mm full frame camera. It features 11 elements in 8 groups, including two aspherical lens elements and an Extra-low Dispersion element to minimise aberrations. The lens focuses down to rather good minimum distance of 0.2m. Olympus claims that the high-precision lens alignments and an improved communication between the lens and the camera results in AF speeds that are as fast as, if not better than, currently available DSLR lenses.
Interestingly, this lens also has a manual focus snap function. To actuate manual focus, all one has to do is pull back the focus ring towards the camera. The rings snaps back, exposing a depth-of-field scale. This is unlike other Micro Four Thirds lenses, where MF needs to be enabled through the menu system of the camera, thus making it a lot more convenient for the photographer.

Handling
The lens is all silver and beautifully finished, quite reminiscent of old rangefinder lenses. The construction, including the lens mount, is wholly metal. Immediately above the lens mount, the barrel juts out, making it a lot easier to unmount or mount the lens onto the camera. On the white Olympus E-PL3 it was tested on, it looked great and balanced well.
The focus ring is broad enough for easy handling. The thing I liked most about this lens is the feel of the manual focus ring. Generally, when the E-PL3 is used without a viewfinder, I prefer AF. With the 12mm, I found myself using MF more and more often, especially the DOF scale, which allowed me to set the lens at hyperfocal distances without thinking too much.
While the lens provides the same angle of view as a 24mm with a full frame camera, the hyperfocal distances were that of a 12mm. So, at f/11, with the camera focused at five feet, I managed to get everything from about two and half feet to infinity in focus! This, clearly, is this lens’ biggest advantage, especially for serious street photographers.
Rotating the MF ring by about 50 degrees in either direction will take you across the focus range. The ring is smooth to rotate and has just enough heft to make it seem like the focusing rings of manual focus lenses, even though MF works using a focus-by-wire method. For me, this added a few points more to the excellent handling of the lens.

Performance
In terms of AF speed, the lens shines. Not only is it quick, it is also silent, making it ideal for video, where the slightest sounds made by lens motors are captured. Optically, the lens shows exemplary sharpness across the frame at f/4 and f/5.6. Before and after this, center-to-edge definition drops, but not to the point where it becomes a problem. Flaring is superbly well controlled. The supplied hood was a welcome addition and helped maintain the excellent contrast that the lens produces. Fringing in our test images was minimal and did not affect the print.
On the negative side, there is visible vignetting at the widest aperture. While almost no distortion is visible in the JPEG images and on the LCD of the camera, the level of distortion in the RAW images is significant, when they are opened with non-proprietary software. It is clear that Olympus left the distortion to be corrected by the camera and its RAW software, and concentrated more on the lens’ other qualities. This is not necessarily a negative point, but warrants a mention.

Conclusion
The 12mm does not compromise on too much. It is priced at Rs. 44,995, and the dedicated lens hood comes along with the lens. The slight negative aspects are easily downplayed by its excellent optics and great handling. However, it is certainly not a lens for everybody. The hobbyist photographer might wish to consider a zoom instead of a block lens. However, the serious street photographer who enjoys shooting with the PEN cameras will not find a better camera system and lens combination, making it a great buy. 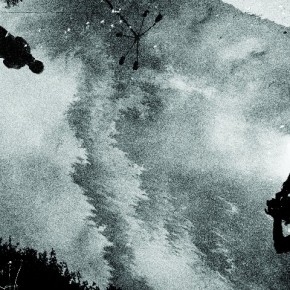 The focal length and superb handling of the 12mm makes it great for street shooting. Exposure: 1/400sec at f/11 (ISO 200) Photograph/K Madhavan Pillai