For DSLR purists who have never liked electronic viewfinders, the Fujifilm X-T1 is an interesting product to watch. Raj Lalwani finds out.

Unlike other manufacturers that targetted the basic consumer first and then released their high-end products, Fujifilm first aimed high with the X-Pro 1 and then made its way down to the enthusiast and amateur mirrorless cameras. With the X-T1, the company has focused its attention back to the high-end photographer.

Features
With a 16MP X-Trans CMOS II sensor, on-sensor phase detect AF, built-in WiFi and an EXR II processor, the X-T1’s feature set might sound similar to that of the X-E2. But here is where things start getting interesting. Apart from the insides, the X-T1 is a camera with a completely different philosophy as compared to the X-Pro 1, X-100S and X-E2. While the aforementioned cameras are more ‘rangefinderesque’ (in shape and styling, though they don’t have an actual rangefinder), the X-T1 looks more like a DSLR. Its pro aspirations are evident in the fact that this is the first Fujifilm X-series camera that is weather resistant, and also the first that has an battery grip option. In fact, with its analogue-style dials, the X-T1 can easily pass off as a smaller version of the Nikon Df.

What’s interesting is that, just like the Df, the X-T1 does not have an onboard flash, but Fujifilm does package a small clip-on flash along with the unit.

Handling
Though it aims to be a pro camera, the X-T1 does not have the one feature that was the highlight of the X-Pro 1, the Hybrid Viewfinder. But while there is no optical finder option, there is no doubt that this EVF is very special. I have never liked Electronic Viewfinders… it’s a matter of personal preference. Despite the fact that I knew of the progress made in EVFs by various camera manufacturers, I have only been able to appreciate them from a distance!

The X-T1 has turned me into a convert as far as EVFs go. This is the best Electronic Viewfinder I have personally seen. On paper, the specifications would tell you that the viewfinder is technically bigger than the one found in the Canon EOS 1D X (which has one of the best optical viewfinders). But you realise what this means only when you actually put the camera to your eye. 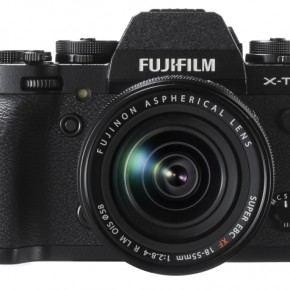 The front of the camera has two Fn buttons, in a styling that is quite similar to mid and high-end DSLRs. Unfortunately, neither Fn button can be set to adjust Flash Exposure Compensation, a glaring omission for those who use flash creatively. 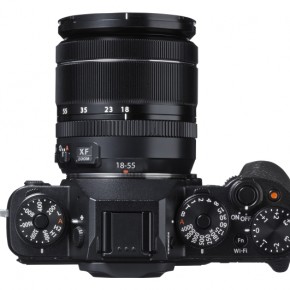 The top panel seems largely inspired by the Nikon Df, but the dials are better To handle an easier to operate. Also like previous Fujifilm cameras, the Expoure Compensation dial is intuitively to the right. The Drive mode dial is a little too loose. 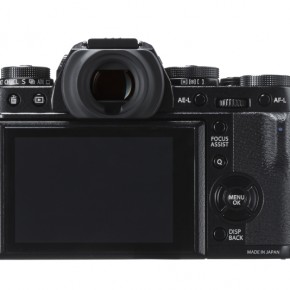 This is the first high-end Fujifilm camera to have a tilting screen. There is, however, no touchscreen, in going with the camera’s analogue, Puritan approach. The EVF is excellent and the button layout, extremely intuitive.

The EVF is particularly useful in the night as it artificially brightens the scene without any extra noise that we sometimes see in other electronic viewfinders. While shooting in the daytime, I still missed an optical finder… EVFs can look too contrasty. But there is no doubt that this is a huge leap for mirorrless cameras.

I found the Drive mode dial extremely irritating. Sometimes, when one moves the ISO dial, the Drive mode dial inadvertently shifts out of place. There were times that I was shooting in the Single-shot mode and the camera had suddenly switched to the Multiple Exposure mode!

The clip-on flash produces as pleasing a flash output as any other Fuji camera. But the design leaves a lot to be desired. If you are the kind who prefers to hide the camera to the side of your body while shooting quietly, the flash may jut out awkwardly and get pushed down, without you realising. It is also the one part of the camera that seems very delicate, despite the fact that the build quality of the camera is body is quite fantastic.

Performance
I tested the camera with the fantastic 23mm f/1.4 lens and the autofocus is the best that we have seen in any Fujifilm mirorrless camera till date. It is impressively snappy even in low light, but the camera struggles to focus when faced with backlight. Is the focusing as good as the Nikon 1 series or the Olympus OM-D E-M1? Not quite, but this is a good street camera though, once you have understood the quirks of the focusing system and learnt how to use its manual focus functionality to your advantage. The tonality produced by the X-T1 in the Standard Film simulation is pleasing without being overdone, with excellent details in both shadows and highlights. Photograph/Raj Lalwani

Image quality is exactly what one would expect. Pleasing colours, great control over the final look of the image, courtesy Fuji’s Film Simulation Modes and independant control over shadows and highlights. The noise performance is excellent all the way up to the highest ISOs. It is the best image quality you would get with any cropped-sensor camera, and rivals some full frame DSLRs as well.

Conclusion
The X-T1 is a fantastic mirrorless camera and is very much up there with the likes of the OM-D E-M1 when it comes to being the pinnacle of mirrorless technology. Both these cameras, of course, have their strengths. The Olympus has a wider range of lenses (though in terms of quality, the Fuji ones are equally good) and overall is faster and has lesser quirks. The Fujifilm is a far better low-light performer and has a far superior viewfinder.

The handling is where the Fujifilm can either be loved or hated. Would you prefer a rangefinder-styled body instead? Can you live with a flimsy Drive mode dial that keeps getting moved? Do you prefer analogue dials over a modern button-dial arrangement? These are questions you must ponder over if you are considering the X-T1 over a DSLR.

The OVF versus EVF debate is less strong now, considering how much this new Fuji has improved. I, for one, can imagine switching over to EVFs completely! For street, travel and low light photography, the X-T1 is an excellent choice. The excellent JPEG quality at ISO 6400 and lack of mirror slap allow a wealth of low light opportunities, more than any cropped-sensor DSLR. Photograph/Raj Lalwani

Performance
Good autofocus but struggles while shooting against the light, excellent image quality
41/45

Who Should Buy It?
Low light photographers who need a small, intuitive camera that can change lenses

Why?
The image quality of the X-T1 is the best in the current APS-C market and in terms of handling, it is the company’s most refined camera till date.