The Fufjilm X-E2 packs in a list of updates. Ambarin Afsar weeds out the significant ones that actually make a difference.

For the unacquainted, the X-E2 is an upgrade of the X-E1, an indicator of Fujifilm’s commitment to building a legacy for its X series of cameras. As I write this review, the XT-1 has already been released and is claiming to have the world’s fastest real-time viewfinder with the world’s highest magnification ratio.

The X-E2, on the other hand, significantly claims to offer the world’s fastest AF speed. With several other recently launched mirrorless cameras also staking that claim, we set out to figure out whether the X-E2 is all that it is touted to be. Considering its illustrious siblings and an impressive predecessor, the X-E2 certainly does have big boots to fill. For me, at least, it needs to answer this question: What does the X-E2 have that another X-series camera already doesn’t?

Features
For starters, the X-E2 is the first Fuji mirrorless to feature the unique 16MP X-Trans CMOS II sensor with in-built Phase-Detect autofocus. It is the same sensor we saw in the X100S. However, this sensor forgoes an antialiasing filter since it has a colour filter array that is not prone to moiré. This makes the X-E2 suitable for larger prints with sharper details. Given the excellent quality of the XF prime lenses that Fuji has launched and that we have tested so far, the sensor advantage definitely gets a further boost.

What I love about this camera is that the colours are rich straight out of the box. Shooting with it is a fun experience. Exposure: 1/1600sec at f/3.6 (ISO 400). Photograph/Ambarin Afsar

There is also a better rear screen offering 3 inches of real estate with 1040k dots and a whole range of further tweaks and improvements. Ultimately, what you get is a camera that retains the good bits of its predecessor, but has also been improved in several respects. I will try to summarise the important and interesting tweaks across the length of this review.

Handling
The exposure compensation dial now offers an expanded range of +/-3EV, but the dial is so stiff that I managed to acquire a sore thumb while trying to rotate it for the duration of an entire day’s shoot. This is the first time an ergonomical flaw has given me a sore thumb. The shutterspeed dial now offers a 1/180sec X-sync position, and the Auto shutterspeed control has been spaced out quite nicely.

The separate AE-L and AF-L buttons are quite helpful and exposure settings can be changed even when AE-L is engaged.

The AF point selection has moved to a four-way controller, while the old AF point selection button is now customisable Fn2 button that allows you to set White Balance by default. This brings me to my favourite thing about the X-E2—it has a whopping four customisable buttons in all (Fn1, Fn2, AF, AE). What I love about this camera is its simplicity and customisability, which effectively enhanced my user experience. 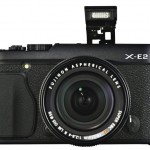 The XE-2 looks virtually identical to the X-E1. At the same time, it is lighter than the X-Pro1, weighing in at 350g body only, and very similar in size to the X100S. The grip is subtle but effective and the overall look is quite retro. 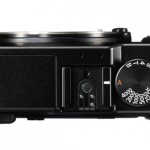 It has die-cast magnesium alloy top and base plates, which further enhance the solid feel. The dials look very good and the recessed onboard flash further adds to the sleekness of the entire design. 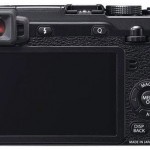 The Quick Menu button can be a lifesaver in certain cases and can easily be considered a fifth customisable button due to the sheer degree of control and accessibility offered by it.

While the X-E2’s EVF is probably one of the best that I have had the pleasure of using, the inbuilt eye sensor is a tad too sensitive. I find moving to the menu to hunt for the option to switch it off a little time consuming. The View Mode button has been removed and now it is only a menu setting.

On the other hand, the improved refresh rates of both EVF and LCD (60fps over the X-E1’s 20fps) enables jitter-free viewing while shooting action or while panning, or in low light. Sadly, jitter was not entirely absent while shooting videos.

Adjusting to the rangefinder-like handling of the X-E2 was easy. It was great fun to see vibrant colours in the EVF. The viewfinder also comes with diopter correction, which is missing from Fuji’s aging flagship, the X-Pro1.

The menu system of the X-E2 is quite like that of other Fuji cameras and is extensive. However, it is neither overtly simple nor complex. For instance, the multiple exposure option is tucked away in a menu summoned by the Drive button, and is in a list that includes Motion Panoramas.

The Drive button actually is a little treasure trove of interesting bracketing options and fun filters. This is also something that really pleases me about this camera. Every thing has not been piled onto one dial or multiple dials. The idea to go retro, minimalist and old school, coupled with plenty of features, works only because of good planning and product design.

Performance
Here is where I am going to talk about the autofocus performance of this nifty little camera. It focuses significantly faster than the X-E1 and the quick access to 49 AF points makes it even easier to latch on to practically anything. You can also change the size of the AF points using a rear dial.

Add to this a 1.8x faster write time and a continuous AF that is not limited to just the centre of the frame any longer, but has access to all the 49 AF points. You can also click the rear dial and zoom in to check focus while autofocusing. All of this make focusing seem like a breeze with the X-E2 and I shall say it once again, it is just a combination of good design, intelligent thinking and the right features.

While a flash sync speed of 1/180sec is much slower than the X100s’ 1/400sec, I found it quite sufficient for regular street use. Photograph/Ambarin Afsar

The best part was that even focusing manually was quite easy considering the three focusing aids—magnified view, focus peaking and a digital split-image. While I didn’t find myself using the last option quite as much, I must say that enhanced focusing abilities of this camera makes it a pleasure to use.

The X-E2 produces images that have stunning quality. I had the opportunity of shooting with the 35mm f/1.4, apart from the standard kit lens. I loved every bit of detail that I got. While the kit lens shows good sharpness as far as kit lenses go, the 35mm is incredibly sharp even when wide open and responds very fast to AF demands. The Dynamic Range settings improve detail in shadow and highlight areas. RAW images offer amazing detail and overall great colour rendition.

Conclusion
The X-E2 is a well thought out mirrorless camera. If you want great image quality and the ability to travel light, then the X-E2 is a good choice. It is a small, quiet camera that is supported by some superb lenses, and that produces outstanding image quality across the ISO range.

Coupled with an accurate LCD, in-camera RAW processing has a versatile range of controls to get even the toughest exposures processed just the way you want it. Photograph/Ambarin Afsar

However, if you already own the X-E1, none of the improvements will actually come across as brilliant enough to warrant an upgrade. Priced at Rs. 76,999 for the body only, the X-E2 is an option to consider for its improved focus functions and better low light EVF visibility.

On the other hand, if you are looking for a great rangefinder-style camera that will not weigh you down, the X-E2 should be on the top of your list.

Who Should Buy It?
Photographers looking for a rangefinder-like body that has analogue-style dials.

Why?
It has great low light performance, a host of customisable buttons and a great set of lenses.