On paper, the Nikon D3100 offers more photo and video features than any DSLR at its price point. Raj Lalwani puts it through several rounds of rigourous shooting to see whether this entry-level camera is really as good as it looks on paper.

Nikon’s previous entry-level offering, the D3000, was a rather under whelming camera. Its feature set was too similar to older cameras, and hence, did not offer much of an upgrade. Moreover, the low-light performance left a lot to be desired. This was also the time when the overall market was changing, with mirrorless cameras proving to be an interesting alternative to entry-level DSLRs. Not surprisingly, the all-new D3100 seems to be an attempt by Nikon to reclaim some lost ground. This new release has almost every feature that an entry-level user would want—including video.

Features
When it was announced, the video features of the D3100 were the ones that grabbed all headlines. It is the first Nikon DSLR to shoot Full HD video (now matched by the high-end D7000). Interestingly, Nikon was the first manufacturer to introduce video in DSLRs. However, other companies stole the company’s thunder by introducing 1920 X 1080 video, as compared to the Nikon cameras that could only shoot 720p. With regard to this, the past two years have seen a lot of criticism directed towards the company—with the launch of the D3100, they are finally coming up to the level of the competition. Significantly, the D3100 is the first 61 conventional DSLR that can autofocus during video capture—a feature that is otherwise present only on compact cameras, mirrorless cameras like the GH1 and new-age SLT cameras.

The camera has a number of focusing modes especially for video, like Face-priority AF, Wide-area AF, Normal-area AF and Subject-tracking AF. Unlike the company’s previous DSLRs, the D3100 uses the AVCHD codec, which allows more efficient compression and higher quality. However, the video capabilities have one major caveat—you cannot attach an external microphone for high quality stereo sound recording. Besides video, the D3100 also has a number of features that were absent in the D3000—an HDMI output, a GPS and wired remote socket, distortion correction and Live View. You can also shoot both RAWand JPEG Fine images together—previous entry-level Nikon DSLRs could only capture Basic JPEGs with RAW.

The camera has updated the Guide Mode that was found in the D3000, but we found it rather poorly implemented. When I chose the Distant Subjects option, the camera automatically switched to the Sports mode, which uses a fast shutterspeed—this may not always be what the photographer wants! Like recent entry-level DSLRs from the company, the D3100 lacks an AF motor,which means that some of the older AF-D lenses will only focus manually. While this may not be too much of a problem for a first-time buyer, if you already have some Nikkor glass, you must check whether your lenses are fully compatible.

Handling
I have large hands and tend to prefer chunky cameras, especially because entry-level DSLR designs tend to be rather cramped. The D3100 is one of the few small-sized DSLRs that can be held comfortably, even with one hand. While the polycarbonate plastic shell is similar to its predecessor, I was pleased to see that this camera adds a generous rubber grip. This makes the feel and overall handling much superior to any other entry-level DSLR. The build quality of the camera is easily the best you can get at this price point. While shooting in bright sunlight, the LCD is easily visible, but has a resolution of only 2,30,000 dots. This seems outdated in 2010, considering that some compact cameras have double the resolution.

Ergonomics
Though the camera is quite small, it has a reasonably deep, recessed handgrip that has a generous amountof rubber. The customisable Fn button is very useful, but there is no DOF preview button. A brand new switch allows you to toggle between various shooting and drive modes. The camera does not have direct-access buttons for changing ISO or WB, but one can assign one of these functions to a Fn button. The i-button allows you to access a Quick Menu that makes the task of changing any settings a lot easier. A unique lever helps activate Live View and lets you seamlessly switch between shooting stills and video.

Optimised for Video
The ergonomics of the D3100 are optimised for video shooting. The camera has a lever that activates Live View, and it surrounds a red direct record button. Over a two-week period, I used the camera extensively to shoot both photographs and movies, and found it really simple to switch between the two.

Performance
The old D3000 had a rather outdated CCD sensor—it was the same sensor that was used on the D80, D200, D40X andD60, and gave poor quality at ISO 1600 and above. One significant upgrade with the D3100 is the fact that Nikon has said goodbye to CCD sensors and has instead, included a 14.2MP CMOS sensor. Recent technological developments have shown the fact that CMOS is a lot better at handling noise, and so, this is a welcome change. I used the camera extensively in the streets of Mumbai and Delhi, while travelling in cycle rickshaws, at late night parties and even from the skies, while sitting in an airplane. The noise control was superb up to ISO 1600, and even images shot at ISO 6400 (Hi 1) are easily usable. By entry-level DSLR standards, the D3100 certainly raises the bar. Even when faced with contrasty conditions, the dynamic range is excellent—the detail in the shadows and highlights is as good any other non-fullframe DSLR. The JPEG files also have a great amount of  latent shadow detail, and the images respond well to post processing. With the kit lens, the AF system is not super fast, but adequate for most kinds of photography. Since the camera does not have an AF motor within the body, the AFspeed is completely lens dependent—it improves if you use a faster high-end lens. Autofocus in video works fine, but if you quickly pan across a scene or track a moving subject, there is quite a bit of lag. The video quality is what took us by surprise. We compared the Full HD video of the D3100 to the Canon EOS 5D MarkII, widely considered as the state of the art amongst video DSLRs. 50mm prime lenses were used on both cameras, to shoot the same scene. Daytime videos were sharp and detailed, but the D3100 video showed some more compression artifacts than the Canon version. Indoors, the D3100 performed superbly. While shooting in a dingy restaurant with mixed lighting, the D3100’s video was actually a lot sharper and cleaner than the 5D Mark II. Considering that the EOS camera costs a lot more and that there is no other video DSLR at this price point, the performance of the D3100 is stunning! However, just like previous video DSLRs, the D3100 shows rolling shutter, a problem that refers to motion artifacts caused when the camera is panned really fast.

Noise Test
The D3100 produces images that have lesser noise than any other DSLR at its price point. In fact, its noise performance is at least two stops superior to its predecessor, the D3000. ISO 1600 files are clean and detailed, and even images shot at ISO 3200 are extremely good. In an emergency, the camera allows you to shoot at a setting of ISO 12800 (Hi-2),which produces noisy images, but with some careful processing, even those can be used for the sake of documentation.

Conclusion
Every few years, we see a generation leap in DSLR quality, in terms of the kind of features and performance one can expect for a certain price. For entry-level DSLR cameras, the Nikon D3100 is the start of a new generation. Not only is it more feature rich than any other entry-level DSLR today,but also performs exceptionally well. Its still-image quality is superior to any camera in the same price range, and in fact, is on par with almost any non-full frame DSLR in the market. The integration of video is an area that Nikon seems to have finally got right. They have arrived late to the party, but managed to deliver video that almost rivals the performance of cameras that are five times as expensive! An extensive feature set, good build and excellent photo and video performance make this camera a remarkably compelling package indeed. At a kit price of Rs. 32,950,the Nikon D3100 is, by some distance, the new budget DSLR king.

Performance
Class-leading quality for both stills and video
28/30 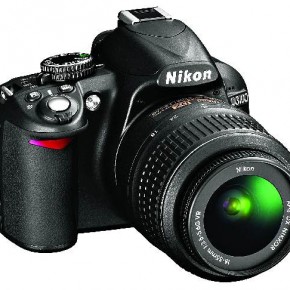 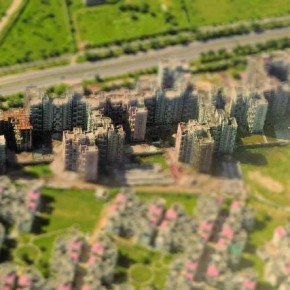 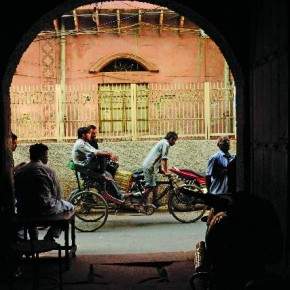 Rangefinder Mode The Rangefinder mode is useful while focusing manually, and is a great way to shoot when you need to pre-focus at a particular point. Direct record button Live view lever 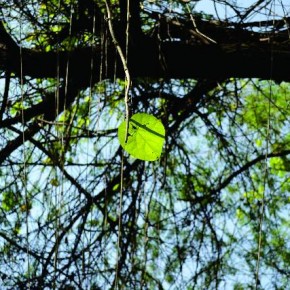 This image was inadvertently shot at a high ISO, but shows barely any noise and has excellent tones. Exposure: 1/4000sec at f/5.6 (ISO 1600)