Nilofer Khan tests the Digitek DSG-005, to see if this is the best all-round gimbal for bloggers, as well as serious enthusiasts. 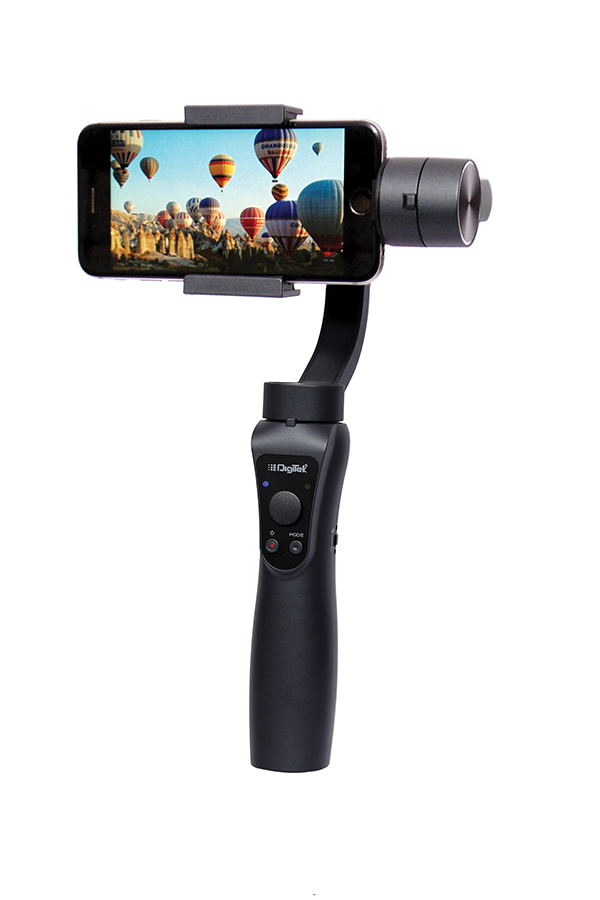 Since the inception of photography and motion picture, camera stabilisers have played a crucial role for videographers to avoid shaky footage. With the invention of the Steadicam and the Glidecam, which revolutionised the experience of cinema, it was about time for stabilisers to catch up with providing the same for cellphone videography. In the last few years, companies have taken heed and introduced handheld stabilisers for smartphones, to meet the rising demands of those interested in videography. The latest edition is Digitek’s 3-axis smartphone gimbal—the DSG-005.

Features
The Digitek DSG-005 gimbal has 3-axis stabilisation that offers an independent control system for each axis—roll, pitch, and yaw. They can be controlled individually by three different modes—the Pan and Tilt Follow mode, Pan Following mode, and the Locking mode.

There are two knobs—the Roll Balance Thumbscrew that is located closer to the Roll Motor to adjust the arm of the gimbal, and the Smartphone Clam Adjustment Knob, which is situated right behind the clamp to hold the phone in place. A micro USB charging port is also placed on the side to charge the gimbal, as well as the smartphone. The DSG-005 comes with a ¼-inch accessory mount that enables users to mount the gimbal on to a tripod, while the user balances the phone on the clamp. Moreover, the gimbal comes with its own Mini Tripod X1 that is easy to carry around.

The Gimbal Pro app is available for iOS and Android. The iOS version offers Manual mode, Pano mode, HDR, Beautify mode, White Balance mode, Grid, Photo Resolution, Flash, Slo-mo, Time-Lapse, and M-Time-Lapse. The Manual mode further offers three more options—ISO, Shutterspeed, and White Balance. The Pano mode has three options where you can make regular panoramas, as well as 180° and 330° panoramas. The Beautify mode features several filters. Furthermore, there are two options for tracking—Object Tracking and Face Tracking. However, for the android version, the app does not feature the Manual mode and filters. Users can also adjust the speed of the device (the pace at which it pans or tilts), and can manually calibrate the device via the app.

Handling
Ergonomically, the DSG-005’s buttons, its joystick, and the Shifter Lever have been placed well. You can switch between the three axis modes with the Mode button. To bring the camera to its original position, you have to double click the Mode button.
The device is lightweight, and exceedingly easy to set-up. With the Shifter lever, users can control the zoom option of the smartphone. To zoom in you need to push the lever down.

Since there is no separate button to access the menu from the gimbal, it becomes quite cumbersome to constantly operate the options via the phone. 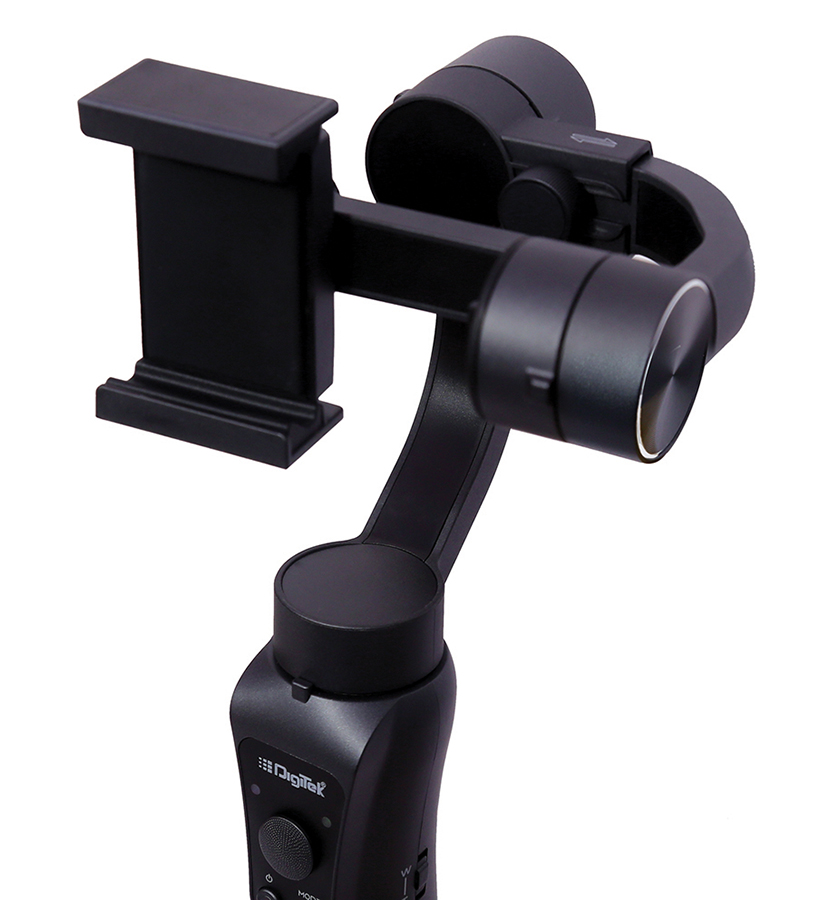 The Digitek DSG-005 employs a brushless motor to maintain stability. The device is also shock-resistant.

Performance
The axis modes have smooth movements. However, I noticed that the gimbal is not able to completely stabilise the footage. You can see minor, yet visible jerks. I shot few videos where the subject was walking at a normal pace, yet the device did not stabilise the video, as I expected it to do.

I was quite impressed with the Pano mode and the Face Tracking feature. The Pano mode is a great option for photographers. When you use the mode, the gimbal will capture six to nine frames, and stitches them together to give you a wholesome photograph. However, for the mode to function accurately, the device has got to be two or more meters away from the subject. The Face Tracking mode accurately follows the subject’s every minor movement. As for the Object Tracking mode, it works better with single subjects against a minimal background.

Conclusion
The Digitek DSG-005 is priced at Rs. 10,995. It is good with face tracking, time-lapse and panoramas, features that won’t be enough for videography. Moreover, its stabilisation is a bit of a let down. Also, I am hoping that the future editions of the device will include a ¼-inch accessory mount near the clamp to mount an additional light or microphone, a menu button to access the setting through the gimbal, and for the Manual mode to incorporate more options such as exposure control and focus. Therefore, if you want to invest in a gimbal, you should look at the other options available in the market.