The Olympus OM-D E-M5 promises to give you a pro-like experience, but in a compact size. Neha Mutreja gauges its potential.

Olympus is certainly on a roll lately. Not only is it busy strengthening its PEN camera lineup, the company has also decided to pioneer the pro Micro Four Thirds market. For this, the company has resurrected the appearance of the hugely popular OM series, while incorporating modern-day technology.

With the feel of an SLR-like body and a sense of nostalgia, the E-M5 is targeted at the pro, but will it live up to its expectations? Will it attract a DSLR audience? With these questions on my mind, I began testing this camera.

Features
Unlike the 12.3MP sensor in the PEN cameras, the OM-D incorporates a 16.1MP Live MOS image sensor. This is certainly a welcome change, specially because until now, the company had continued to use the same old sensor for all its PEN cameras.

The OM-D is the first ever camera to include a five-axis image stabilisation. This means that unlike other stabilisation technologies that compensate for vertical and horizontal movements, this one has the ability to correct for yaw, pitch, vertical motion, horizontal motion, and roll. This is a big advantage for shooting in low light, handheld, or while shooting Full HD video.

In terms of speed, the camera is capable of shooting continuous full-resolution images at 9fps. But in order to achieve this, the focus is locked between frames. Despite this drawback, it certainly makes it an attraction for the action photographer. The dynamic range produced by the new 16.1MP sensor is superior to that seen in previous Olympus PEN cameras. Exposure: 1/13sec at f/3.5 (ISO 400).Photograph/Neha Mutreja

Like the PEN cameras, the OM-D includes several Art Filters, which produce excellent effects and are ideal for someone who does not want to spend to much time editing. The only new addition is the Key Line mode, which looks like an illustration. There are also new options for the Cross Process and Dramatic Tone filter, both of which are shown in the box on the next page.

A new feature incorporated in this camera is the Live Bulb/Live Time function. It lets you view the exposure as the image is being developed, while shooting at a slow shutterspeed. If desired, one can stop the exposure midway by pressing the shutter-release button. But of course, this increases the likelihood of shake, and you would rather use this unusual mode, only with a remote release.

The camera is packaged with a 12–50mm f/3.5-6.3 EZ lens that covers an equivalent zoom range of 24–100mm. The lens has both electronic and manual zoom, which makes it quite versatile. In addition to this, the Macro mode of the lens allows you to shoot extreme close-ups at an equivalent magnification of 1:1.38. Two different lenses were used while making this multiple exposure. The M.Zuiko 75–300mm lens (150–600mm equivalent) was used to shoot a close-up of the moon. After this, we used the Multiple Exposure mode that lets you select an already shot image and overlay it with a new photograph. The second picture, we shot, was the overall nightscape, with the M.Zuiko 9–18mm lens. As a technique, this is not too difficult, but not too many cameras allow you to do this without the use of any Photoshop trickery. Photograph/Shridhar Kunte

Handling
The camera has a texturised grip to the right, but I did not enjoy it as it seemed quite uncomfortable. But if one uses the optional battery grip (a first for a mirrorless camera), the camera feels good to hold.

The E-M5’s magnesium alloy body not only makes it really rugged, but it is also dust and splashproof. This is the first time we are seeing such excellent sturdiness in a mirrorless camera. I was unconcerned about the camera getting damaged and could concentrate on shooting, even while indulging in watersports. Additionally, the external flash, the kit lens and vertical grip are also have the same weather sealing!

The OM-D sports a 1.44 million-dot electronic viewfinder, which is not as good as the 2.4 million-dot EVF of the NEX-7. The resolution, however, is identical to the viewfinder that one can buy for the cheaper PEN cameras. The difference is that the EVF is inbuilt and has a much faster refresh rate. The camera comes with a clip-on flash that can be attached to the hot shoe via the accessory port.

Keeping professionals in mind, the camera has a great number of control dials and direct-access buttons, which can be personalised according to your needs. The OM-D E-M5 has two Function buttons, both of which are customisable. Not just this, even the lens has its own Function button! Also, the camera sports two exposure dials, just like any mid or pro-level DSLR.

However, despite all the customisation, the overall experience of using the camera is hampered by the buttons. They are extremely tiny and seem more like video game controls! Unlike the buttons we see in the PEN E-P3, the E-M5’s buttons are difficult to use and at times, unresponsive.

The camera sports the same 3-inch OLED monitor that was there in the E-P3, but now it can tilt vertically, up 80°, and down 50 °. Additionally, you can use the touchscreen to focus and shoot, which is quite handy when shooting at unconventional angles. While the touchscreen is quite decent, I did not feel the need to use it because of the large number of direct-access buttons that are already there. 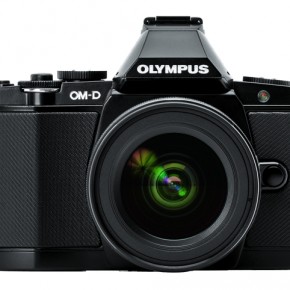 The left corner of the camera houses the AF-assist lamp, whereas the right hand has a textured grip, which may take some time getting used to. The plus point about the camera is the inclusion of an EVF, which is of great help while shooting. 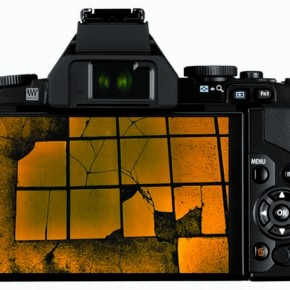 The high-resolution OLED touchscreen can be tilted as well. One can customise the four-way controller, if required. If you are not a fan of customisation then you can access the Quick Menu by hitting the Ok button for most common parameters. 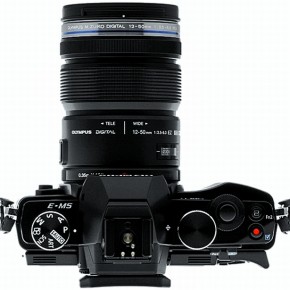 The mode dial is placed on the left hand corner of the top panel. Right hand corner has the exposure dials for adjusting shutterspeed and aperture. It also has a Fn2 button that, by default, lets you adjust the highlights and shadows.

Performance
Just like the E-P3, the E-M5’s AF system is extremely fast. The 3D tracking restricts the continuous shooting speed to a decent but not groundbreaking 4.2fps. While tracking subjects though, the camera is not as reliable as its DSLR counterparts.

Due to the new sensor, the camera’s low light performance has improved signitficantly as compared to the PENs. The E-M5 handles noise very well up to ISO 6400, but beyond that, images start showing colour shift. In effect, the high ISO performance is quite similar to the much cheaper Panasonic LUMIX DMC-GX1.

The dynamic range of the camera is quite good. The excellent JPEG engine that we have now come to associate with Olympus mirrorless cameras, produces attractive results within the camera. Conclusion
The E-M5 is nothing but a combination of the best qualities found in all Micro Four Thirds cameras. It is small, has an inbuilt viewfinder, is extensively customisable and has a better sensor than the PEN cameras. And of course, it is the first mirrorless camera to feature five-axis stabilisation and a weather-sealed body.

But does this justify its hefty price tag of Rs. 66,990 for the body? The OM-D E-M5 is, quite easily, the best Micro Four Thirds camera in the market. But at its price, a lot of people may be tempted to buy the excellent Nikon D7000, which is cheaper and beats the OM-D in virtually every aspect, apart from size and weight.

Given all its pro aspirations, the OM-D does a great job, but still falls short in terms of its sensor. It is certainly better than the PEN sensor, but not as good as you would expect from a camera that costs so much.

But if you can live with the fact that you are paying more for the size and build advantage, we would recommend the OM-D E-M5. The handling is excellent, it is versatile and it gets most things right. While the body itself is expensive, the quality and functionality provided by the kit lens makes the package a far better buy. The ability to focus using the touchscreen can be useful. Photograph/Neha Mutreja

Who Should Buy It?
Professionals who wish to travel light with a secondary body.

Why?
Though the sensor does not match other cameras in its price range, the OM-D offers an excellent shooting experience with several features that a pro would appreciate. 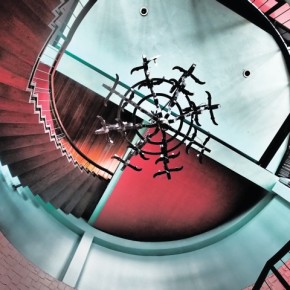 The lens is expensive on its own, but as a kit, the pricing is extremely good value for money. The focal length is convenient and the centre-to-edge sharpness, quite good! Photograph/Neha Mutreja 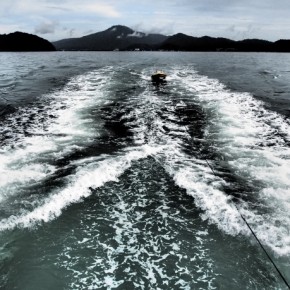 The Dramatic Tone Art Filter is overdone, sure, but it can make certain scenes really surreal, if used well. Photograph/Neha Mutreja 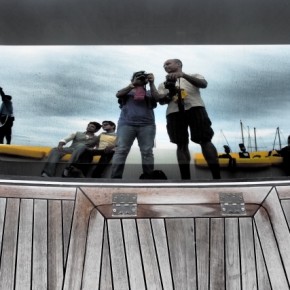 The Face Detection of the E-M5 works quite effectively, and the AF performance is amongst the best, when compared to other mirrorless cameras. Photograph/Neha Mutreja 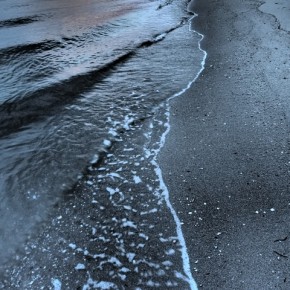 The splashproof and dustproof capabilities of the camera mean that you can shoot freely at the beach, without any restrictions. Photograph/Neha Mutreja 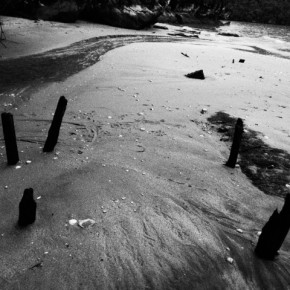 Just like the PEN E-P3, the Grainy Film Art Filter can be modified, to adjust tonality and vignetting. Photograph/Neha Mutreja 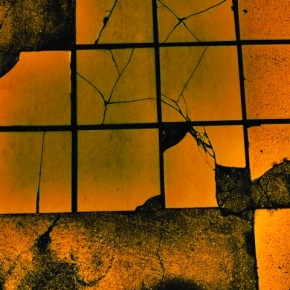 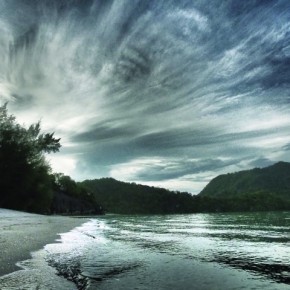 This filter produces attractive HDR-like results and now has a variant monochrome version. In the above picture, the Art Filter brought out tones and darkened the skies. Photograph/Neha Mutreja