Conchita Fernandes tests the Canon RF 15–35mm f/2.8L IS USM, the latest ultra-wide zoom lens, to see if it is as good as its competitors. 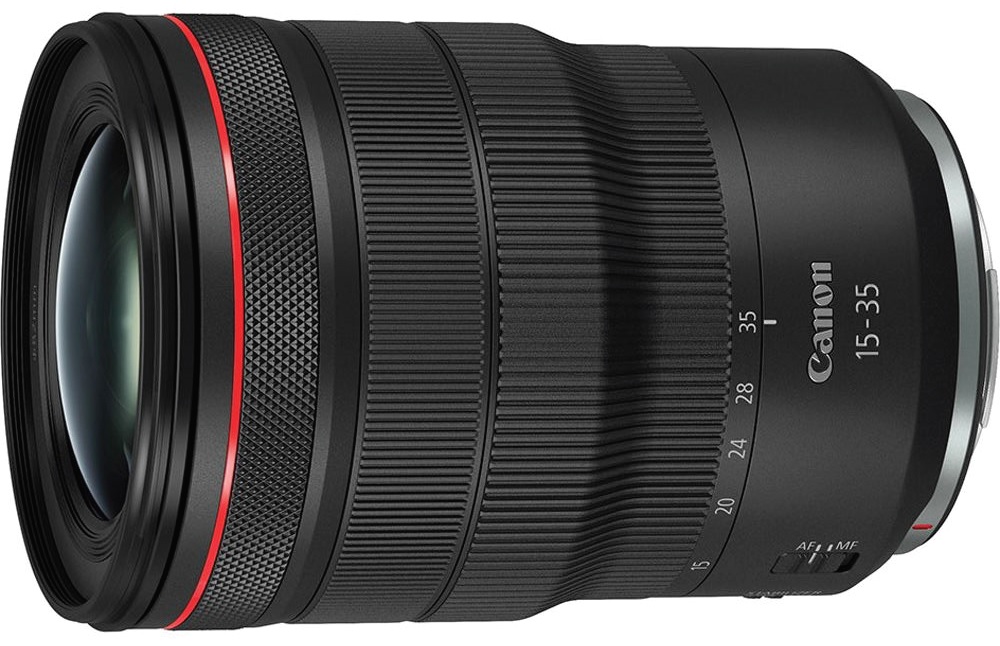 The RF 15–35mm f/2.8L IS USM lens is part of what is known as Canon’s holy trinity of RF lenses (which includes the RF 24–70mm f/2.8L IS USM and the RF 70–200mm f/2.8L IS USM) for its mirrorless systems; the only three lenses you’ll need for your photography exploits, considering the wide range of subjects you can photograph. The 15–35mm, in particular, is the fastest and only ultra-wide angle zoom lens amongst Canon’s RF lineup, with f/2.8 constant aperture. Let’s find out how it performs.

Features
The lens is constructed of 16 elements in 12 groups, has 9 diaphragm blades, 3 aspherical and 2 UD elements, a Nano USM drive system that moves the focusing group quickly and quietly, a maximum magnification of 0.21x, a close focusing distance of 0.28m, and has built-in image stabilisation that reduces shake by up to 5-stops. This (IS) is a new addition; it wasn’t there in the EF 16–35mm f/2.8L III USM lens. It also comes with a lens hood.

Handling
The 15–35mm f/2.8 measures 127.5mm in length and 88.5mm in diameter, and weighs 840g (a little heavier than its EF brethren). Keeping in mind that the lens has been designed for the EOS R and RP that are small and lightweight, the size and weight of the lens negates these features. It made for a hefty addition when combined with the EOS R, the camera I tested it with. However, between Sigma, Tamron and Canon’s own lenses, it is the smallest one. Considering that you don’t need an adapter, it has been designed well for Canon’s mirrorless systems. It is however still bulky. The magnesium alloy exterior of the lens feels robust and well-built, and is dust and drip resistant. The lens also features a rear baffle which prevents reflections.

There are three rings around the lens, two of which are rubberised and one is textured, and extends only slightly when turned to its widest focal length. The ring towards the base of the lens is the largest and controls the focal length. In front of it is the manual focusing ring which is much narrower. The grooves on it feel different enough that you won’t confuse it with the larger ring. However, there isn’t a focus distance scale on the ring, and only appears in the viewfinder or on the LCD (in the MF mode) when shooting in the Live View mode. The ring in the absolute front is the one with the textured exterior. It can be assigned different functions like aperture, ISO, shutterspeed, or exposure compensation. Unlike the other two rings, this one turns with soft physical clicks, which isn’t so much of an issue when photographing stills, but something to keep a note of if you do decide to shoot videos. All three rings were smooth to operate. At the base of the lens are two switches—for image stabilisation and for AF and MF control. 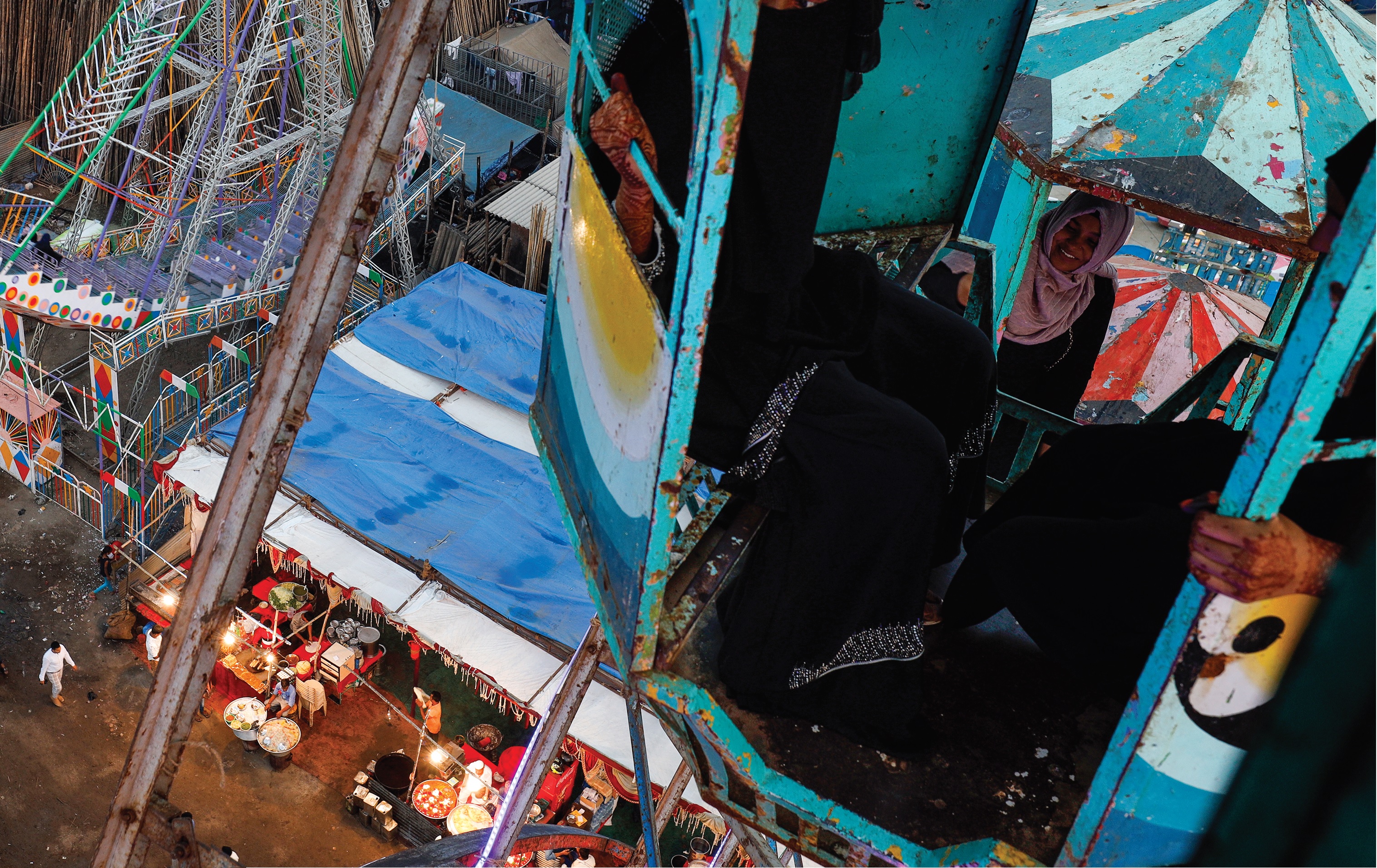 I made this photograph from atop a ferris wheel that was moving at a considerable speed. Despite this, there was hardly any shake, thanks to the 5-stop image stabilisation. Exposure: 1/50sec at f/7.1 (ISO 400). Photograph by Conchita Fernandes.

Performance
Distortion in photographs is remarkably under control, with the exception of slight barrel distortion at the narrower end of the focal range. With regards to vignetting, it is most prominent at the wide end of the aperture, but is not alarming. At f/4, it reduces significantly and disappears at f/5.6. At 15mm f/2.8, central sharpness is good and gets betters at f/4. At f/11, the sharpness drops off slightly. At the edges, the sharpness is best from f/11 onwards. Similarly, at 24mm f/2.8, sharpness is good and gets better at f/4 and f/5.6, before dropping off slightly at f/8. At the edges, the sharpness is best between f/5.6 and f/11. At 35mm, central sharpness at the widest aperture is good, but is the best at f/4 till f/11. There’s a drop at f/16 and f/22, but nothing too drastic. At the edges, sharpness is best between f/8 and f/16. Overall, the lens was quick to focus and showed no signs of chromatic aberrations.

Conclusion
Targeted at serious amateurs and professional users, the 15–35mm f/2.8 is priced at Rs. 2,00,995, which is a staggering amount. Its immediate competitor is the Tamron SP 15–30mm f/2.8 Di VC USD G2 (which I reviewed a year ago). It terms of performance, the two come close, the only difference being the difference in weight and length; the Tamron lens weighs 1110g and measures 145mm in length. It being just over half the price of the Canon lens will not carve as big a dent on your pocket. Having said this, the advantage of the RF lens is that despite its size, it is the only ergonomically viable lens for Canon’s mirrorless cameras, with the other lenses being too large and heavy, especially with the addition of an adapter. Besides, the customisable control ring is an advantageous addition. However, all of this comes at a price.