The Canon PowerShot SX50 HS creates a new milestone in optical zoom. Ambarin Afsar wonders how other companies will respond.

The megapixel wars have simmered down lately. But there is another battle being revived by manufacturers—that of offering a crazy amount of zoom in a bridge camera. There was a time when 12x zoom was considered to be a lot. Then there were the 18x, 24x and 30x cameras. Everything started heating up, however, when Nikon released the COOLPIX P510 in 2011 with a massive 42x zoom. Then Canon silenced the market, if only for the time being, with a whopping 50x zoom. Simply put, you get a focal range of 24–1200mm. Yes, you read that right! 1200mm in a camera that resembles an entry-level DSLR and is quite small. An upgrade of the elderly SX40 HS, this camera is something that I feel will completely change the game.

This is also significantly lesser than the impressive f/2.8 that the Panasonic FZ200 offers across a zoom range of 25–600mm. Both are different cameras with different ideas, but the SX50 seems to be quite clear about one thing, it is all about that mammoth focal length.

However, there is a lot more to this 12.1MP camera besides the lens. It has a hot shoe, which is not covered like the one on the SX40, and is lot easier to access. The SX50 features a 2.8-inch, 461k dot, tilt-and-swivel LCD which is better than its predecessor’s 2.7-inch 230k dot LCD. Yet, I cannot help but think that even cameras priced way lesser offer 920k dot LCDs.

It goes without saying that a camera like this needs image stabilisation. The SX50 features lens-shift image stabilisation where the camera detects and chooses the correct type of stabilisation out of seven different types, depending on the situation and the subject. The camera also features a powered mode for shooting at full telephoto.

The camera features the usual P, S, A, M modes and 13fps RAW shooting. It also features 8 Scene Modes and 10 Creative Filters including Fish-eye and Toy Camera. While it does have a Stitch Assist mode, it does not feature an automatic panorama mode. The SX50 offers Full HD 1080p video recording at 24fps and 720p at 30fps. The Ultrasonic motor slows down while zooming in during video recording, so as to minimise noise. This ensures a smooth zooming action with barely any whirring, mechanical noise. A minimum focusing distance of 0cm found in most Canon cameras, and a fast autofocus system helped me capture this shot. Exposure: 1/1000sec at f/3.5 (ISO 200). Photograph/Ambarin Afsar

Handling
The SX50, much like the FZ200 is a marvel of engineering. How do you pack in 1200mm and still manage to make the camera The build quality of the camera is quite similar to the FZ200—it has a plastic shell covering a metal chassis and lens barrel. The camera feels fairly solid overall, and while the grip is not rubberised, it is quite chunky and helpful.

One thing that is most striking about this camera is Canon’s penchant for buttons. There is a button for everything! If you want to change a focus point or even want to toggle between LCD and viewfinder display, simply press a button. Despite all of this, there is an extra customisable button!

As if all these buttons weren’t enough, there are two more buttons located on the lens that completely revamp the megazoom experience. A mere press of the Framing Assist – Seek button allows you to zoom out slightly from 50x, and shows you the frame at a wider focal length. This helps you survey the frame and locate your subject easily, instead of hunting for it at 1200mm.

And, when the slightest tremor of your hand threatens to change the frame at 50x, all you need to do is press and hold the Framing Assist – Lock button, which, true to its name locks down or stabilises the frame for a few moments at 50x. This is a boon!

No other superzoom camera allows you to shoot handheld at the tele end. But the ergonomics of the SX50 ensure that you make full and unhindered use of 50x.

The swivel LCD feels quite sturdy and clicks satisfyingly into place when not in use. The zoom rocker, too, is quite smooth and the lens has markings on it, denoting major focal lengths. 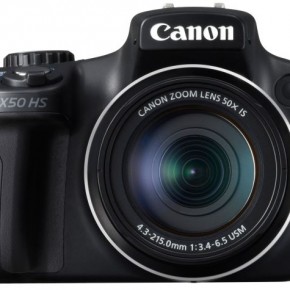 There is a noticeable change in design from the SX40. The SX50 is a much better looking camera than its oddly humped predecessor. It manages to look like an entry-level DSLR. Aside from the cosmetic difference, the only change is the lens. 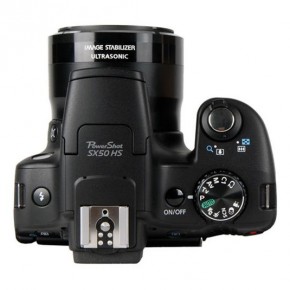 Besides the hot shoe, mode dial and zoom rocker, the top of the SX50 features a dedicated Flash button that does not pop up the flash, but allows you to switch between flash modes. This involves navigating a menu system while actually shooting, which is cumbersome. 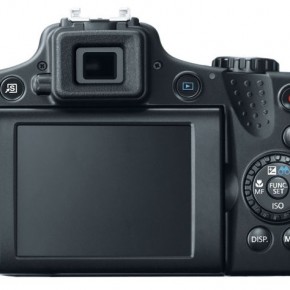 The back of the camera features a dotted thumbrest. It also has one customisable button that can be set to WB, metering, flash compensation, AE/AF lock and so on. The outdoor and lowlight visibility of the swivel LCD is quite great.

Performance
The image quality and sharpness of the SX50 is consistently great across the zoom range. It does get a little soft around the corners at the extreme telephoto end, but that is hardly a deterrent. Additionally, there is some purple fringing at 1200mm.

There is also a great amount of detail recorded right from 24mm to 1200mm. Not once do you feel that you are compromising on quality for such a massive zoom.

The AF is quite fast at the wide focal lengths, but, what is really astonishing is how well the AF performs at the tele end! Image stabilisation, too, kicks in nicely and gives you a good 4-stop advantage. This makes reciprocal shutterspeeds a little less demanding than 1/1200sec.

The ISO performance is more than satisfactory and RAW files offer a gold mine of shadow and highlight detail. However, ISO 3200 onwards, the JPEGs leave something to be desired. I would advise shooting only in RAW from 3200–6400. The camera’s metering is fairly reliable too. With 50x, what matters is how smoothly the focusing operates. Not once did I face problems like back focusing or excessive hunting and sluggishness of AF. Photograph/Ambarin Afsar

Conclusion
Priced at Rs. 29,995, the SX50 HS simply kills the competition in the superzoom market. The Panasonic FZ200, which is priced at a slightly higher tag of Rs. 34,990, only seems desirable because it offers f/2.8 even at 600mm. But then, when you can get double the zoom range, coupled with efficient ISO performance, at a lesser price, which one would you pick?

While this choice will differ from user to user, ultimately, the SX50 remains a great buy for your buck. The colours straight out of the camera are warm and crisp. I let Auto White Balance decide the WB for me, and did not shoot in any special vivid or vibrant colour mode. Photograph/Ambarin Afsar

Who Should Buy It?
Anyone who wants to get close to a flock of flamingos a mile away!

Why?
Where else can you find a camera with a 1200mm lens that fits into your shoulder bag? And, the SX50 offers great image quality as well a bundle of features to boot. 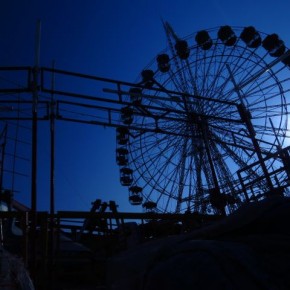 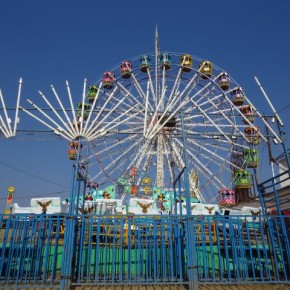