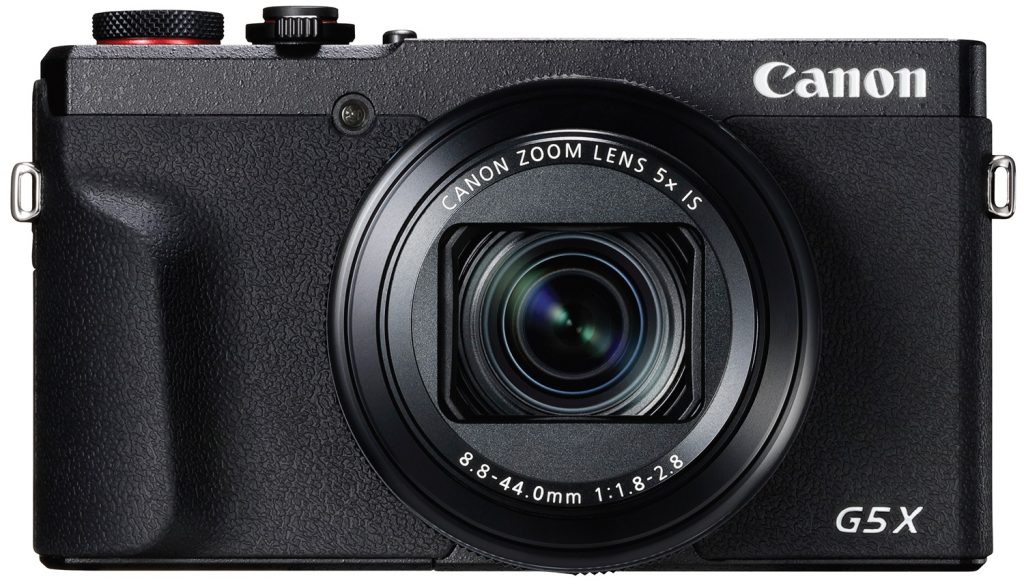 Canon’s new camera is built around a completely new ‘stacked’ CMOS sensor, and a medium size 1-inch CMOS sensor. The overall area, however, is nowhere close to an APS-C sized sensor found in Canon and Nikon DSLRs, and is smaller than the MFT sensor.It will be interesting to see whether the overall performance of this camera comes close to the mirrorless cameras with micro four thirds sensors.

The G5 X Mark II is based on a 20.1MP 1-inch CMOS sensor, uses a stacked design, and couples with the DIGIC 8 image processor to comprehend faster autofocus performance. It also features up to 20fps continuous shooting, a 30fps RAW Burst mode, and UHD 4K 30p and Full HD 120p video recording. The camera sports a slender design, and comes equipped with a 3-inch 1.04 million dot touchscreen LCD display. There is also a pop-up EVF with 2.36 million dot resolution, for sharp and clear eye-level viewing.

The in-built 5x zoom lens has a focal length which is a 35mm equivalent of 24–120mm. It has a maximum aperture of f/1.8 at 24mm, that narrows down to f/2.8 by 120mm. The lens has been constructed using ultra high refractive index aspherical elements for extreme quality. It also includes an integrated three stop ND filter that allows you to shoot at slower speeds or even at wide open apertures in brighter conditions. Moreover, the lens offers image stabilisation up to four stops.

The G5 X Mark II comes with all the usual scene modes that are generally found on compact cameras. But apart from this, there are star shooting modes for astro photography lovers, and can be used to capture photos and videos of the night time sky with enhanced brilliance and clarity. The modes, Star Nightscape, Star Trails and Star Time-Lapse Movies can be recorded using the auto or manual settings. 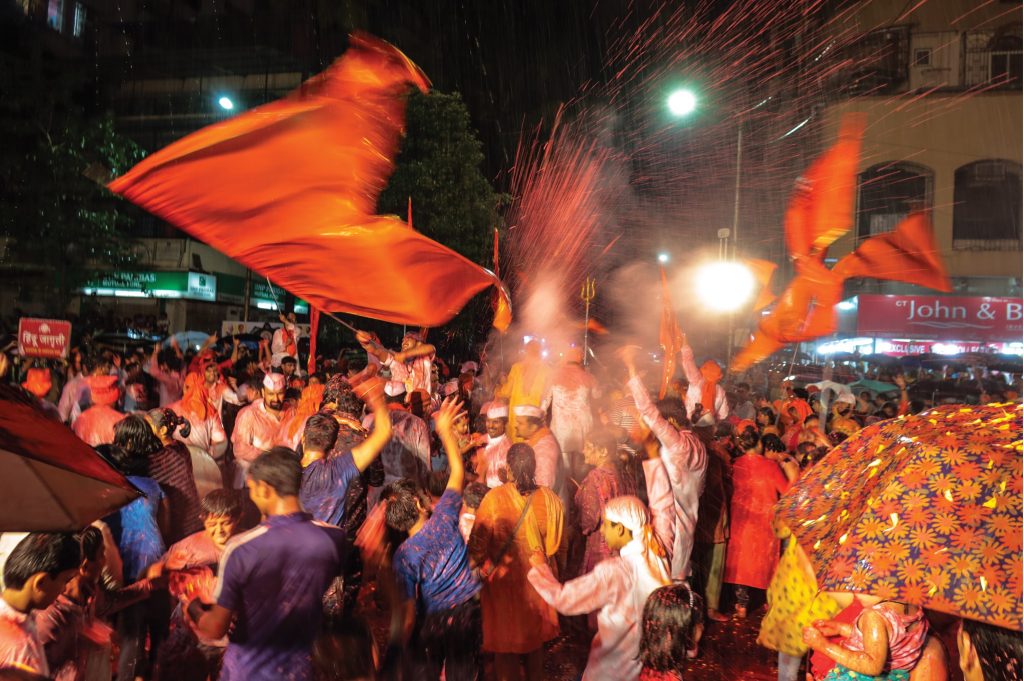 It was very crowded when I shot this image. It was difficult to hold the camera steady, as I wanted to show some action using a slow shutterspeed. The IS, however, did a good job. Exposure: 1/25 sec at f/2.8 (ISO 125). Photograph/Shridhar Kunte

The new design is much slimmer as compared to the first PowerShot G5 X, where the EVF was placed just above the lens, to give it the look and feel of a miniature DSLR. In the newer version, the viewfinder hump has been removed, and the EVF is now incorporated into the body, via the pop-up/slide-out arrangement (a cumbersome two-step process) first used by Sony on its RX100 series cameras. I found this new design tricky to use.

The G5 X Mark II is a small device that is meant to be kept in the pocket, thereby encouraging users to carry it with them wherever they go. The body is very well crafted in metal, has a sturdy feel, and despite its size, feels substantial in the hand. There is no real grip to hold the camera, apart from the thumb rest on the back. This somewhat helps to grip the camera more comfortably.

At first, the placement of buttons on the back of the camera seems cramped. But when put to actual use, I found the spacing good enough so as not to accidently press the wrong button. On the top right, there is a double decker dial; the mode dial sits on the top of the exposure compensation dial. Both of these dials are within the reach of the thumb and forefinger, and this arrangement makes exposure changes quicker and easier. Both these dials have distinctly different diameters, and can be easily operated while shooting in the dark. While I was shooting I found that both dials offered enough resistance, thus ensuring that they’re not accidently shifted. 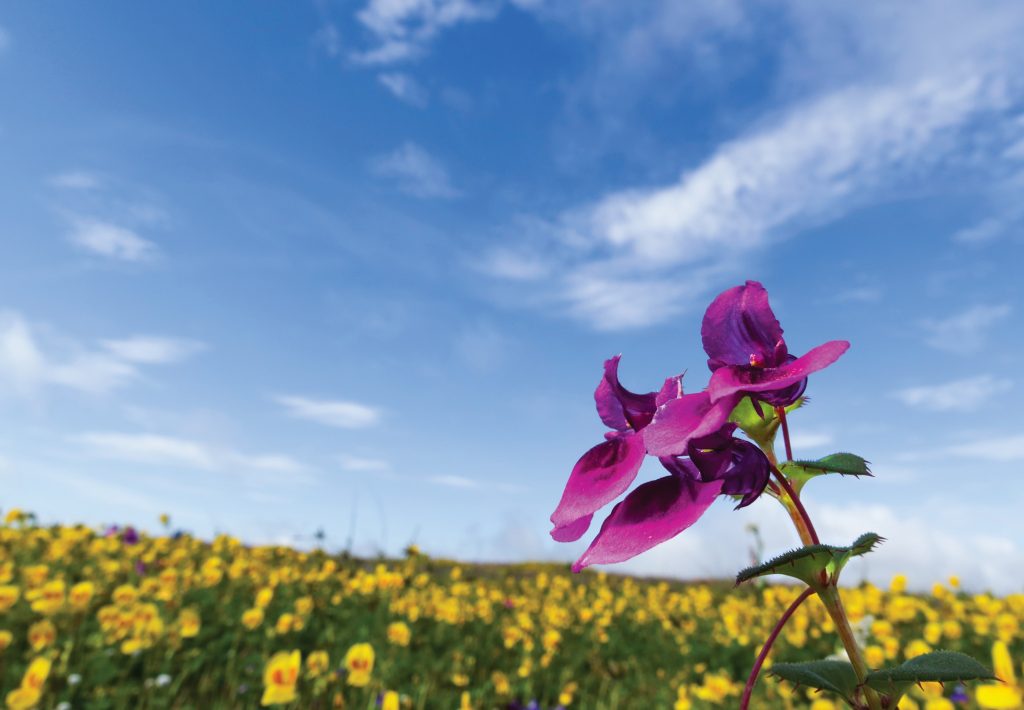 The close focusing distance of 5cm, at the wide end of the lens, allowed me to go close to the flower, and the variangle LCD assisted in the composition. Exposure: 1/500sec at f/8 (ISO 125). Photograph/Shridhar Kunte

The optical quality of the 24–120mm zoom lens offered wide flexibility and performed well. While reviewing the images that I had shot, it was difficult to trace any kind of distortion throughout the entire focal range. This might be the effect of in-camera corrections. The sharpness at the center is good at the mid-range of the aperture setting. However, my advice would be not to use the wide aperture at extreme ends of the lens, as it affects the corner sharpnessa bit. At f/8, the lens offered optimal performance. Moreover, while shooting against the light, the lens controlled flare very well. Occasionally, I found traces of purple fringing on high contrast borders, when the images were viewed at 100%. A majority of the time, the metering did a decent job, irrespective of the luminance level of the background.

On the whole, the camera is quite starved for power, and I had a really tough time, for first few days, until I was able to figure out shoots per charge. I managed to shoot about 200 images per charge; it is good that Canon has supplied the charger separately to charge the battery outside the camera, but it can be also charged while using the USB Type C cable, even with a powerbank. 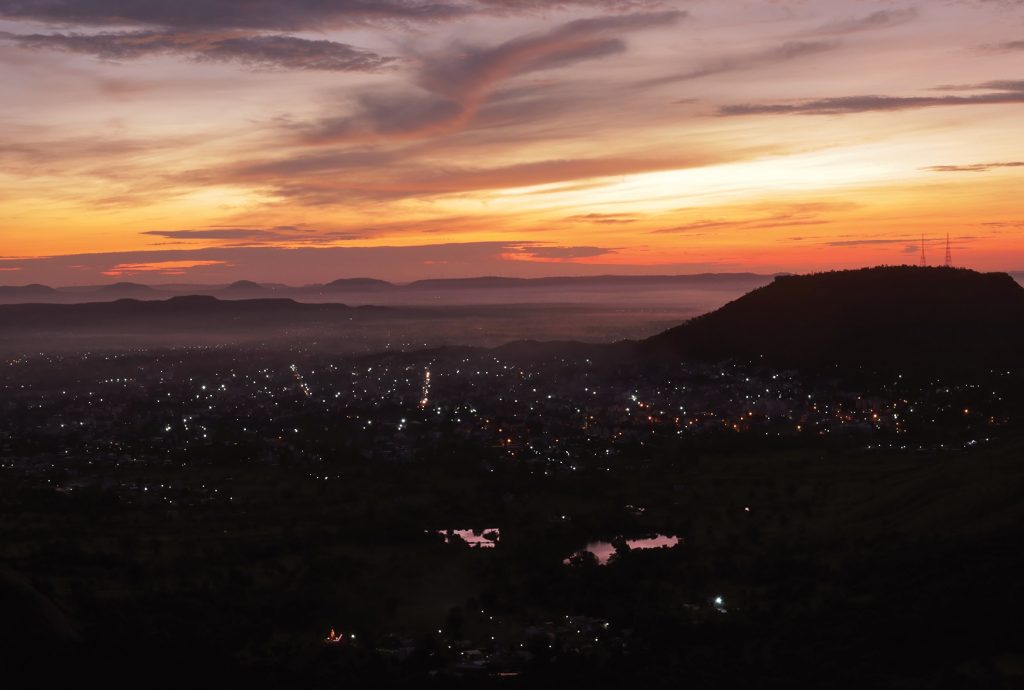 The camera captured a good amount of detail in the shadow area of the image. Exposure: 1 sec f/11; (ISO 125). Photograph/Shridhar Kunte

With a price tag of Rs. 64,995, the G5 X Mark II is priced well above the entry-level DSLRs in the market. In a discussion that I had with the Better Photography team, regarding the camera, they were of the opinion that Canon could have designed the camera in a more simplistic manner (without the frequently used pro features), and kept the cost at a more affordable rate. Regardless, the camera exemplifies what a large size sensor, when coupled with a fast lens, can achieve. Other positives are the logical layout of buttons/dials, built quality and the image quality that comes very close to Sony. However, Sony offers longer telephoto range, but with slower optics.

This review originally appeared in the November 2019 issue of Better Photography.