Featuring the most sophisticated AF/AE system yet, the Canon EOS-1D X is a whole lot more than a speed demon, as K Madhavan Pillai discovers.

Merging two parallel lines of previous flagship DSLRs— the high-speed APS-H sized EOS-1D Mark IV and the high resolution full frame EOS-IDs Mark III—into a single DSLR was a bold move. The loss of the 1.3x crop (which may seem minimal, but is considerable for wildlife photographers) is now offset with a 18MP full frame sensor that can blaze away at 12fps. In terms of features and control layout alone, the 1D X is an improvement over the previous flagships, giving Canon users an immediate reason to upgrade.

Features
One of the recurring questions that users in India have is… why just 18MP? After all, compact cameras now sport a minimum of 14MP. For full frame sensors today, 18MP marks the perfect sweet spot in terms of superb sensor quality (dynamic range and extreme high ISO performance) and high enough resolution for most users.

Everything in the 1D X is about speed. Under the hood, the 1DX is a shooting, AF and image processing monster. It uses three high speed processors—two Digic 5+ processors (17 times faster than Digic 4) for image processing and AF, and a third Digic 4 processor only for metering.

To enable a maximum continuous shooting speed of 12fps, the mirror mechanism has been redesigned and the shutter blades are made up of carbon fibre (tested for 400,000 shutter cycles). The camera can shoot up to 290 JPEG and 34 RAW images continuously before it begins to slow down for data to be written to the media card.

The new AF system has 61-point AF with up to 41 cross-type AF points (like the 5D Mark III), and boasts a greatly improved tracking and low light focusing capability. The central five of points have diagonal ‘Dual’ AF elements for improved precision. One can now also customise the way the camera uses these points to focus, from using individual points, to clusters of points around a single point, to Zone AF or full Auto. With the latest firmware update, cross-type AF supports apertures up to f/8.

AF is now given its own independent space in the menu system of the 1D X, unlike earlier flagships. There are six AF presets, called ‘Cases’. Cases range from ‘versatile multi purpose’ to ‘erratic subjects moving quickly’. Each Case defines the camera’s three main AF responses…tracking sensitivity, acceleration or deceleration, and how rapidly the autofocus point will switch from one to another. These responses can be fine-tuned using sliders in the Menu.

The difference between the 1D X and the 5D Mark III is in the way metering system links with AF. The 1D X has 100,000-pixel RGB metering that can be used with Automatic AF point selection when tracking subjects around the AF area. Called the ‘Intelligent Tracking and Recognition’ system (EOS iTR), the camera can now detect faces and colour when tracking subjects. Personally, I have yet to come across a camera with more detailed AF /AE functionality.

Canon was, and continues to be a pioneer in movie capture in DSLR cameras. There are plenty of video features in the 1DX, like 1080p at 30, 25 or 24fps , stereo microphone input, ALL-I compression at 24fps. Although AF isn’t available while shooting (making the 1D X a choice only for expert users), it is possible to adjust aperture and other settings live.

There are some serious omissions though. There is no headphone output, or HDMI out for uncompressed recording or preview to an external device. All of these could have easily been included and are available in the Nikon D800 and D4, and the Sony Alpha 99. In fact, Canon has just announced a firmware upgrade that allows the 5D Mark III to output uncompressed video. To me, the sole purpose of restricting the 1D X seems to be to differentiate it from the more expensive, cinema oriented 1D C. Colours at higher iSO settings reproduced extremely well, without having to manipulate images after they were shot. Exposure: 1/80sec at f/16 (ISO 12,800). Photograph/K Madhavan Pillai

Handling
Solidly built to withstand tough shooting environments, the EOS-1D X is both larger and heavier than its predecessors. Yet,it has not compromised on handling comfort. After a couple of days of use, I found myself enjoying the weight and heft of the camera, even over long durations of time.

There are several new additions to the control layout, including mini ‘joystick’ controllers to move through options, a direct live view button, and a ‘Q’ button to jump to the ‘Quick’ function menu. Canon has improved the vertical grip considerably, with a three button layout and joystick similar to the main grip.

Customisation options abound in the EOS-1D X. Both the control layout and the way the AF and metering behaves in different shooting conditions can be set according to user preferences. For most action, sports and wildlife photographers, these customisations will revolve around the quick changing of focus points, modes and Cases, and all of these are easy to set. For example, I could registered a custom AF function, like Zone AF, to the DOF button so that I could easily switch between Single Point AF and Zone AF whenever the situation demanded. 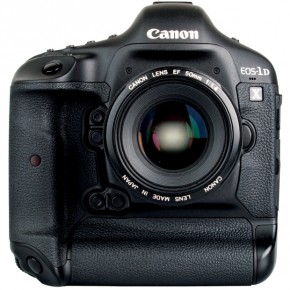 The Canon EOS-1D X is made up of tough magnesium alloy and is weathersealed against the elements. Though heavy, the camera is better contoured than its predecessors, and is comfortable to hold over long periods of time. 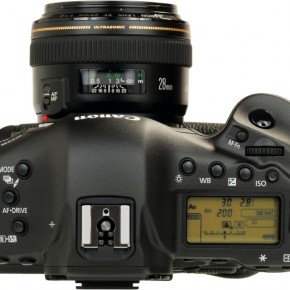 The top of the camera would be familiar to older Canon users. The flash exposure lock button from earlier flagships is now a customisable button right next to the command dial. WhiteBalance can also now be directly accessed. 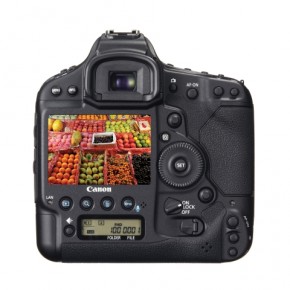 The AF toggle switch and mini joystick on the vertical grip for moving AF points is a welcome addition. A new Live View button has found a place near the viewfinder while the playback and review buttons have moved just below the LCD.

That said, there are two ways to get to grips with all the various options the 1D X has to offer. Either simply set the camera options based on the descriptions of the shooting scenarios and let the camera handle things from there. Or,one could get into the various sliders and sensitivity settings, and experiment more to understand exactly what changes… which is what I did. It took me a good two weeks of extensive trials to discover the best settings under various situations before I customised sensitivity, settings and controls to exactly the way I wanted it.

This is not to say that the camera does not perform extremely well in all of its default user settings. Yet, the 1DX is a perfectionists camera. The best handling experience and results at the highest shooting speeds depend on these customisations.

I found myself being a little disappointed with the life of the battery, especially considering the shooting speeds possible. It drains out after about 1400 shots. Serious wildlife or sports photographers often spend the entire day in the field and rake in the frames. Buying a second battery is recommended.

Performance
The camera is extremely quick to start up and get shooting. In terms of performance, just as in its features and handling, the camera shows plenty of improvement over its predecessors. The most significant, immediately noticeable changes are in terms of AF accuracy, image quality and overall speed.

There are so many different ways to customise AF and AE that it is well nigh impossible to go wrong. Even at 12fps, the camera maintains AF almost perfectly, with hardly one out of twelve frames going awry. However, the best results at the fastest speeds also depends on the user being able to anticipate and set the camera for the shooting condition.

In good light, images were wonderfully clean. Both dynamic range and critical detailing were excellent, with the RAW files showing substantial recoverable details in the shadows and highlights.

Low light performance is where the EOS-1D X outshines every other camera in the Canon line-up. I was using ISO speeds up to 16,000 regularly! Even without noise reduction, the images were brilliant and perfectly usable straight out of the camera at its highest resolutions. Extreme low light AF was slower than normal, but locked quite satisfactorily. Conclusion
The Canon EOS-1D X is clearly meant for the high-end pro action, sports and wildlife photographer who can use the advanced feature set, excellent image quality, low light performance and speed.

While the camera excels in every area of our review, it must be said that a large part of the performance delivered by the camera heavily depends on the expertise of the user too. This is true for every flagship DSLR by Canon or Nikon, but it holds especially true for the EOS-1D X. Remember the quality of transparency film being projected? The camera can be tweaked for nice, punchy colours. The tinest details were captured brilliantly. Photograph/K Madhavan Pillai

Which would be the better camera between the Canon EOS-1D X and the Nikon D4? The answer to that is subjective indeed because the differences between them, though diverse, are extremely close (except in video recording features). A buying decision at this level would, in all likelihood, be based simply on which lens system a user already owns or whether a user is already familiar with Nikon or Canon.

For Canon users, the 1D X is a significant leap, in technology and image quality, over its predecessors, the Canon EOS-1Ds Mark III and the EOS-1D Mark IV. Despite a steep price tag of Rs. 4,29,995, it will prove to be an attractive, worthy proposition for many professionals. Ergonomics
Large and heavy for most users but feels great, needs to be customised for results
17/20

Who Should Buy It?
High-end professional photographers who are into action, sports or wildlife.

Why?
Extremely high image quality and AF at 12fps! While it needs a lot of user customisation for optimal results, It delivers excellent overall quality.