HANDS-ON PREVIEW: In an exclusive preview, K Madhavan Pillai uses the A33, the world’s first DSLT, and finds out what has Sony so excited.

Sony’s growth in the DSLR market must be viewed with some interest. While no one gave them much of a chance a few years ago, they have come out with cameras that have caught everyone’s attention.Sony announced two cameras that look like DSLRs, but are not quite the same. The A33 and A55 are the world’s first digital SLT (Single Lens Translucent) cameras. I got my hands on the A33 during the first few days of photokina 2010.

Reinventing the ’ SLT
It is first important to note what the word ‘Translucent’ means. Unlike DSLR cameras, an SLT camera’s mirror does not flip up and down. It is a translucent mirror that reflects a small part of the light onto the phase-detect AF sensor, with the rest of the light falling onto the imaging sensor.

What does this mean? Firstly, one can use phase-detect AF in Live View, which means quick autofocus during movieshooting. The AF speed during video shooting is excellent… not as fast as with still photography, but certainly the best amongst all the entry-level DSLRs we have tested so far.

Also, the fact that the mirror does not need to go up and down allows for some really fast shooting speeds. The A33 can go all the way up to 7fps, again making it the fastest in this category of cameras. And it does all of this with live view on! Focus seems to match up to the shooting speed, but we will have to wait for the finalproduction piece for a full review.
The camera has the same 14MP sensorthat has been used in the NEX cameras, andour initial impressions of the picture qualityis rather favourable. Images are sharp,detailed, show excellent dynamic range,with plenty of latent image information forpost processing

Handling the Alpha 33
With just a small portion of the light being reflected by the mirror, there is no optical viewfinder, which I was rather apprehensive about. But I was pleased to see that the electronic viewfinder is extremely large and bright, probably even larger than OVFs found in cameras of this price point. In fact, I was reminded that the viewfinder was electronic only when Istarted shooting in very low light.The only negative impression was the build quality. It does not inspire confidence—in fact, when you grip the camera really hard, it creaks! Also, the fact that they have continued to use aproprietary flash mount is problematic.

Blazing Away on a Budget
I am not trigger-happy. Yet, I ended up with over three hundred shots in two days.The A33 is a lot of fun to use, especially the Sweep Panorama mode. The camera has its limitations, but if you wish to shoot at speeds like 7fps on a budget, the Sony A33 seems like very good alternative. 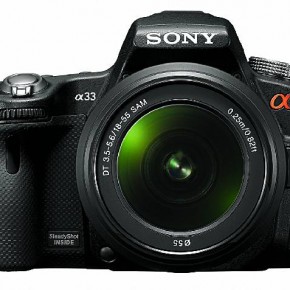 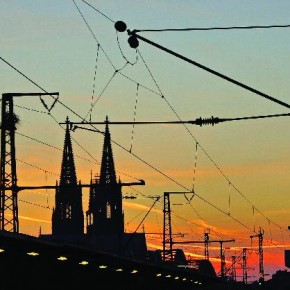 The sensor used in the A33 produces vibrant photographs that have excellent detail and dynamic range. Photograph/ K Madhavan Pillai