Canon Digital IXUS 300 HS: A Little Bit of Everything The Canon Digital IXUS 300 HS has a fast lens, interesting video modes and loads ofstyle. Neha Mutreja tries to understand who can make best use of this camera.

The Canon IXUS series has always been known for its trendy designs. Earlier this year, Canon introduced a camera in this range, which not only maintains the fashion quotient, but also offers some interesting features for both stills and video shooting. A lens that is similar to the excellent S90, some interesting video modes and a decent amount of manual control—the Canon IXUS 300 HS sounded rather different from the conventional IXUS cameras. We put it to the test to find out who the target audience really is.

Features
The Canon Digital IXUS 300 HS has a 10MP back-illuminated sensor that, according to the company, has been optimised for good quality at high ISO settings. The camera has a maximum aperture of f/2 at the wide end, which is one stop faster than most other compact cameras. Not only does this give you some control over DOF, but also allows you to shoot in low-light situations that you might not have used a compact camera in. Significantly, the camera offers users semi manual control, in the form of modes like Shutter Priority and Aperture Priority. The highlight features of the CanonIXUS 300 HS are its video recording capabilities. You can shoot 720p video with stereo sound. Besides this, the 300 HS also offers a Super Slow Motion mode. In this mode, the camera captures 320 X 240 video at 240fps, and then plays it back at 30fps to give a slow-motion feel. Finally, the camera has a shooting speed of 3.7fps at full resolution.

Handling
While the layout of buttons is similar to most compact cameras, the buttons are not marked with the functions. So, until you fiddle around with the four-way controller,you have no way of understanding which button is used to adjust ISO, which one is for exposure compensation and so on.Another ergonomic quirk we found was the camera’s LCD. In most compact cameras, the aspect ratio of the LCD is similar to that of the sensor, that is, 4:3. The photograph occupies the entire screen and you can compose the picture with ease. In the IXUS 300 HS though, the LCD is of 16:9 aspect ratio. While this makes sense while shooting video, it is a pain to compose still images on the LCD, as the composition is obscured by black vertical bars on either side of the image.

Performance
I used the camera in varying conditions,to shoot scenes outside my window at  different times of the day. The colours rendered by the camera are very good,with photographs needing minimal postprocessing. The images have a lot of latent detail, enabling you to open up shadows to a great extent.We were especially impressed with the noise performance. Even images shot atISO 1600 and 3200 show a good amountof detail, by compact camera standards. Dynamic range is particularly impressive—the camera managed to retain details in both shadows and highlights, even while shooting in contrasty light. While the camera does not shoot Full HD video, the 720p output is impressive. Particularly enjoyable was the Super SlowMotion video mode, which can make a rather mundane scene look dramatic, or even funny.

Conclusion
Buying a compact camera in the Rs. 20–25,000 range is not easy. You have to consider whether you want a photographic powerhouse, or want something that offers a little bit in terms of both still and video functions. If  it is only still photos that you are interested in, the Canon Digital IXUS300 HS does not offer enough to warrant its price of Rs. 24,995. It does produce high quality images and its f/2 lens is useful in a number of situations, but the ergonomics are not fine tuned for a serious photographer. Instead, there are other similarly priced cameras that offer the same quality along with other features like RAW shooting, such as the Canon PowerShot S95. 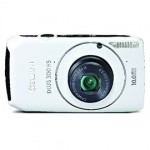 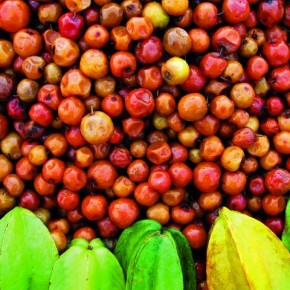 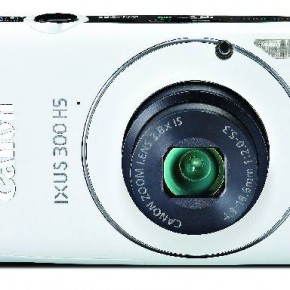