Raj Lalwani tests the Apple iPhone 5s to see whether Apple’s latest flagship is worth the hype, from a photographer’s point of view.

The Apple iPhone has always been one of the most popular camera phones, but it was never really the best. Despite being premium, expensive and the dream phone for many, the camera hardware of the iPhone always seemed to lag behind.

Not So Much About Control
Wish to change Exposure Compensation? Want to increase ISO? It is a matter of irony that while rival smartphones incorporate as much camera control as we see in compact cameras, the iPhone continues to take the opposite approach, with only the ability to point and shoot. Metering is dependent on where you focus and the only real controls are related to aspect ratio, Flash On/Off and HDR On/Off. The lack of control is almost laughable.

I had mixed feelings about that. As a photographer who uses high-end cameras along with smartphones, I love the idea of control, the idea of telling the camera what I want. But in the process, if that makes the overall operation far slower and cumbersome, is the control worth the several missed photos? 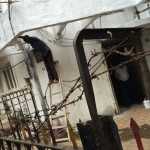 Convenience While Shooting Squares: The ease of switching aspect ratios just makes it easier to see in squares for Instagram. Photograph/Raj Lalwani 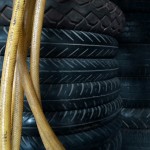 Accurate, Focus-based Metering: So many dark tones fool the best of cameraphones, but the iPhone’s default metering is just perfect. Photograph/Raj Lalwani 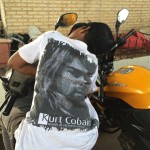 Even when faced with harsh light, the iPhone brings out tonality better than any other cameraphone, the only exception being the discontinued Nokia 808 PureView. Photograph/Raj Lalwani

Gets it Right, Every Time
But it’s all forgiven when you observe how the iPhone continues to nail exposure perfectly, every time. Unlike cameraphones like the Lumia 1020 or Xperias, where you need to dial in a negative Exposure Compensation in virtually every low shot, the iPhone just gets it right.

And that is where the iPhone trumps every cameraphone in the market, and I daresay, some dedicated cameras as well. Throw any situation at it, and the automation is so intelligent that focus and exposure are two things that you just don’t need to worry about.

An Effective Sensor-lens Combination
In good light, the iPhone does a decent good job. The images are not as good as the Lumia 1020’s 38MP output, and nowhere near as good as the 808 PureView or Xperia Z1, but the images have a not-too-overprocessed look that is rare to see in cameraphones. Dynamic range, particularly, is excellent by phone standards. The lens is sharp, so the 8MP output is very usable in large sizes.

When light levels fall, this new iPhone springs a surprise. The faster aperture of f/2.2 and slightly larger sensor may seem minimal updates, but in practice, the 5s is excellent. Images are slightly noisier than the Lumia 1020, but there is far more detail. With far more realistic metering, superior battery life, pleasing flash output, faster AF and infinitely speedier operation, the 5s is definitely the best all-round cameraphone.

Would You Rely on a Phone?
I’ve never been an Apple fanboy, but the iPhone 5 and now the 5s take cameraphones to a new level. It lacks a lot of frills, resolution, zoom and other control that both Android and Lumia offers, but if you want a phone that just gets out of the way and lets you shoot, the iPhone 5s should be your tool of choice.

What We Dislike
Minimal control, slight flaring, no lossless zooming unlike competition

Why Buy It?
The iPhone 5s just gets out of the way. It is faster and more reliable than any other cameraphone. The image quality matches up too.