Ambarin Afsar roughs it out with the world’s second 3D camera, the Fujifilm FinePixReal 3D W3—only to find out that this exciting technology still comes at a price.

Last year, we saw the introduction of the Fujifilm Real 3DW1, the world’s first consumer 3D camera. Since then, we have seen new 3D lenses and also some cameras that have limited 3D features. But the only dedicated 3D digital camera remains the Fujifilm, which has now been upgraded in the form of the W3.

Features
The new Real 3D W3 is the only 3D camera that also shoots 720p high-definition video,with stereo sound. The implementation of 3D technology is similar to the way the human eyes work. Two lenses are set apart at a distance of 77mm (similar to the distance between the human eyes), and two sensors interpret the data to form one 3D image. To view the photograph, you need a 3D television set with special glasses, or Fujifilm’s special 3D Viewer. However, if you wish to make 3D prints, you will have to put your plans on hold, as Fujifilm is yet to release its 3D printers in India. Ofcourse, you can simply view the images on the lenticular LCD screen of the camera. The older version of the camera featured a 2.8-inch LCD screen with a resolution of230,000 dots. But, the upgraded W3 boasts of a bigger 3.5-inch screen, with a much higher resolution of 11,50,000 dots. The camera has two Advanced Scene Modes, namely Advanced 2D and Advanced 3D. The Advanced 3D mode lets you create a 3D image from two shots of a moving subject that are taken at a specific,user-defined interval. This can prove to be very effective when shooting moving objects in an otherwise stationary scene. On the other hand, the Advanced 2Dmode lets you take two simultaneous shots with different looks. Besides these features, the camera also has parallax control to correct ghosting.

Handling
Shooting with a 3D camera does take some getting used to. Since the camera has twin lenses situated on either ends of the camera, I often found that my fingers ended up covering the lens. The camera is supposed to give a warning when this happens, with a small icon appearing on the bottom right of the screen. However,this icon often flashes even when some other object is close to the lens. The camera is more compact than the W1, but it feels a little flimsy and has little to offer in terms of a grip. Also, the position of the mode dial is problematic, as it is very easy to switch a mode unknowingly. Another downside to the camera’s design is that it has no dedicated buttons for ISO settings or even exposure compensation! So, while it does have a Manual mode, changing exposure settings is extremely cumbersome. You need to enter menus and sub-menus. This simply defeats the purpose of having a Manual mode in the first place.

Performance
The 3D technology of the W3 captures mid-level shots better than wide angle shots or macro images. Scenes that include a foreground element such as a pole or a tree, create a sense of perspective and look great in 3D. The image quality of the W3 is promising. The quality at ISO 1600 is comparable to some of the better compact cameras in the market. Also, the W3 controls fringing and chromatic aberration fairly well.

3D Technology Decoded
Our ability to perceive depth comes from viewing an object along two different lines of sight. This phenomenon is called parallax. The Real 3D W3 employs this parallax by using dual lenses that work similar to the human eyes. Besides the lenses, the camera also uses two10 MP sensors, which interpret the data to form one 3D image. The images can be viewed in 3D onthe camera’s screen or a special viewer, and can also be seen in regular 2D form, the way they are presented in this review.

Conclusion
Fujifilm’s first 3D camera was a trend setter,but it still had a lot of problem areas in terms of implementing the 3D effect. The W3 is not a perfect camera, but is a lot more refined than its predecessor. The only thing going against it is its price—at aprice of Rs. 40,000, you end up getting a camera that has the technical limitations of a regular compact camera. The premium you are paying is for the 3D technology. We only wish Fujifilm would have established better support in India, especially in terms of 3D printing. Until that happens, the Fujifilm FinePix Real 3D W3 will remain a competent, but expensive gadget. 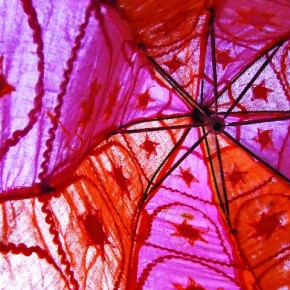 Few subjects work equally well in 2D and 3D, such as this image that has controlled noise rather well. Exposure: 1/400sec at f/3.7 (ISO 1600). Photography/ Ambarin Afsar 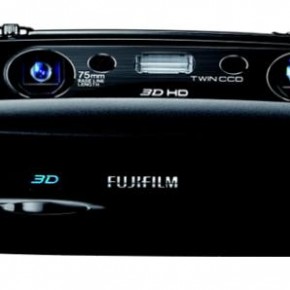 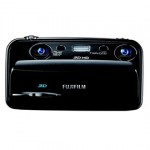