For months there have been rumours of the much awaited D750 and it’s finally here! While named like the successor of the beloved Nikon D700, this 24MP camera is really a cross between the highend D810 and the D610.

The D750 borrows the Expeed 4 image processor, metering system and 51-point autofocus sensor from the D810, squeezing them into a body almost identical to the D610, with dual SD card slots. Additionally, the D750 is the first full frame camera from Nikon to include a 1.2 million dot 3.2-inch tilting LCD and WiFi. The ISO settings range from 100–12800 (50–51,200 expandable)

The camera has Full HD video recording at up to 60fps. It also inherits the praised video features of the D810, like Power Aperture (which ensures smooth transitions when you change the aperture value on the fly) and Exposure Smoothing (which helps create balanced exposure transitions when shooting time-lapse videos).

We got an exclusive look at the camera. Check out the link below.

Priced at Rs. 1,34,450 (just about five thousand rupees more than the still available D610), the camera has magnesium and carbon fiber body which is weather sealed and has an improved battery life to boot. All these improvements suggest that Nikon is ready to close the coffin lid on the D610. 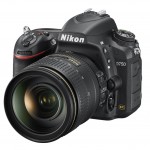 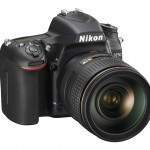 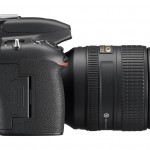