Zishaan A Latif comments on the inevitable degradation and explores the necessary steps to save the Earth from extinction in the future.

“Porcupines” – A melancholic stretch of Porcupines lay dead across the dry bed of the Brahmaputra at the Kamalabari Ghat, the gateway to Majuli, the worlds largest river island. 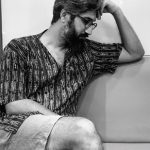 On the 26th of September 2018, I stood on the edge of civilisation, feeling the ground beneath me giving way, an uneasy experience, an eerie silence broken by the thump of terra-firma being gobbled by a ravenous Brahmaputra, all before me, a witness to change, a witness to the truth called ‘erosion’, being consumed by the beauty and the beast of nature.

An instinct to lift my camera with an attempt to pause the breaking away was quick. As the river burst into action, so did I, but I couldn’t catch up with the forces, a harsh reminder of the attributes of nature but also the power it can unleash, when irked.

Degradation of land comes in two physical forms, natural and man-made, and with that, two mental forms develop, one, that believes in living with nature and second, that mindlessly and conveniently disrupts its intrinsic functioning to enrage it.

Nature is an unstoppable phenomenon, and in my opinion, should not be exasperated further because it’s imperative we respect its inherent course and interfering in its path means asking for indefensible destruction.

Nature has its own way of life and it comes with its purpose to provide for humanity, and that’s where we as humans screw up big time, we keep asking off nature but we never acknowledge our duties towards it. We have used and abused it to an unfortunate point of no return. 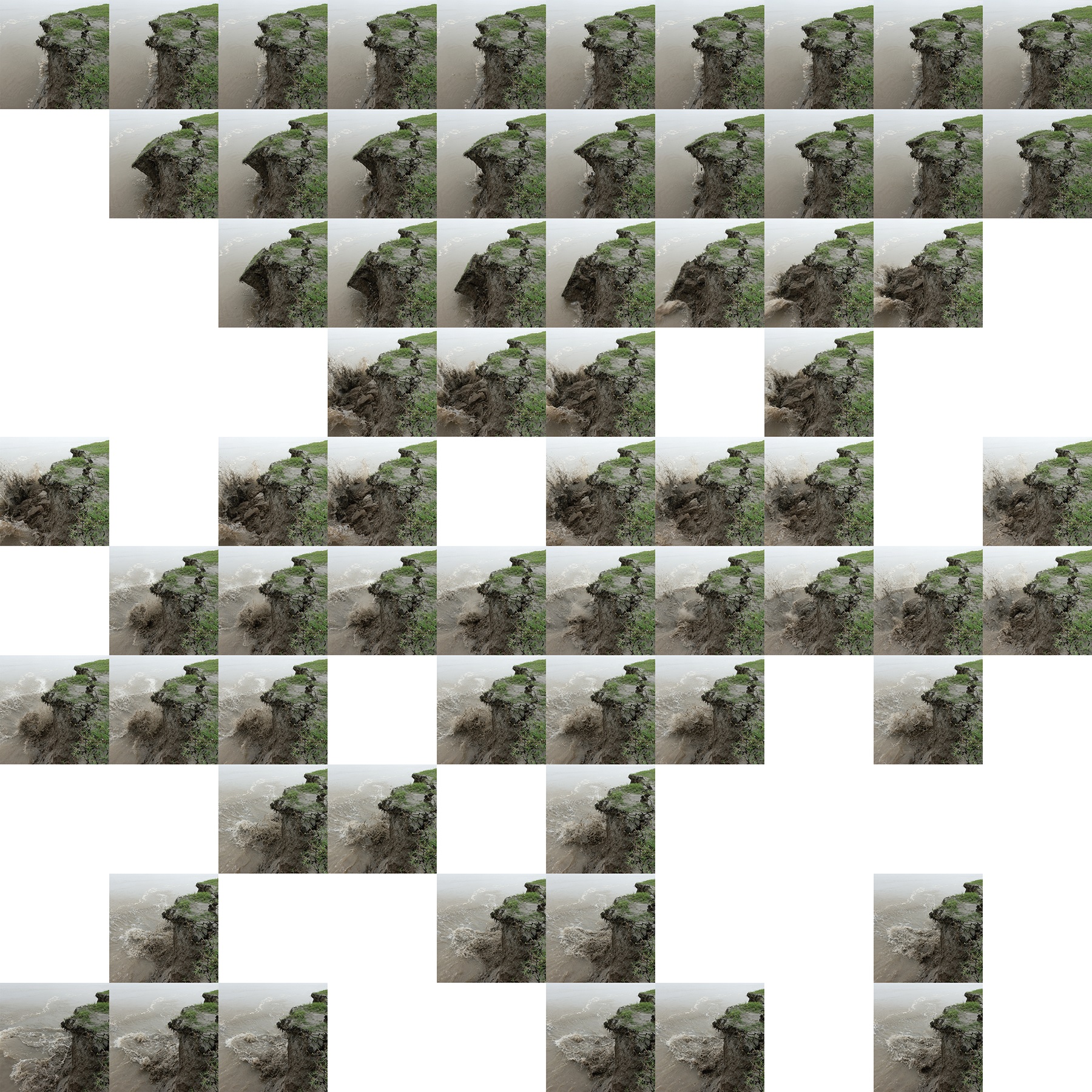 Collage; Photographed on the edge of a missing tribe village called Misa Mora, (Karoti Par), situated on the north western banks of Majuli, with a population of about 350 inhabitants.

If I’ve learnt anything from many journeys to Majuli, the world’s largest riverine island, it is—being malleable, being able to adapt to nature, as majority of the islanders believe rightfully so, that they must live with nature, not against it.

Having said that, one can’t possibly ignore the grossly undervalued and turbulent man-made causes that infuriate the river surrounding the island, ill-planned constructions like “spars”, which are essentially huge protruding structures filled with rocks that are used as “breaks” to stop the heavy currents which are intrinsic to the Brahmaputra river, but in effect, it angers the river further, in turn multiplying damage and the erosion to the peripheral soil, so the cycle of diminution continues.

Another experiment that took decades to literally amalgamate with the river without having any adverse affect for which it was intended, are “Porcupines”—To curb the impending threat by the mighty Brahmaputra, the Brahmaputra Board, established in 1981, started using the “Porcupine”, about 20 years ago, as a means to break the current of the river. However, they proved ineffectual and are today used to dry fishing nets and clothes, having a melancholic feel about them, with overgrown shrubs taking over their existence. 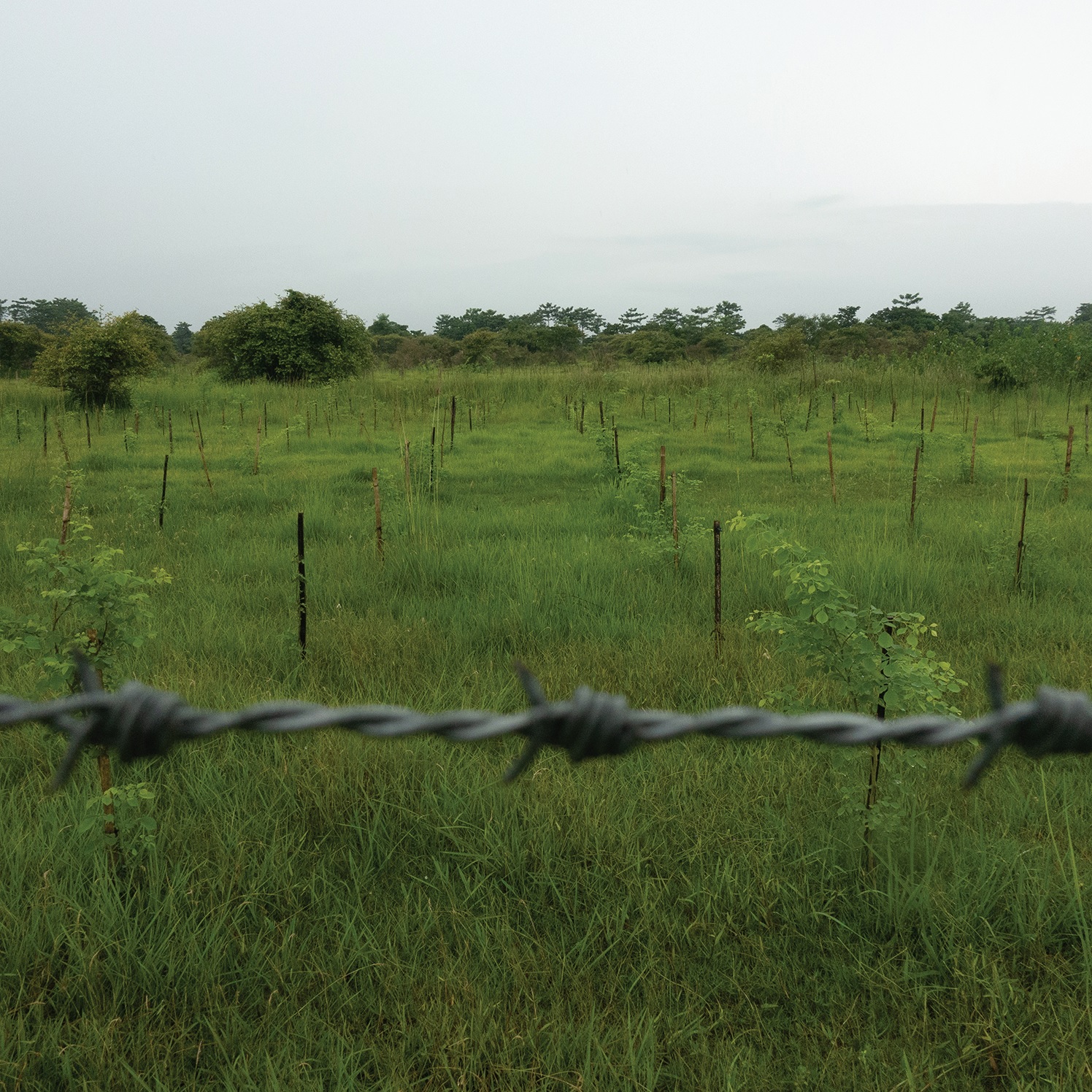 The Brahmaputra Board is using planned planting of regions on the island as an attempt to protect and absolve any further souring and erosion of Majuli’s precious land.

And most recent of measures are the geo-synthetic gunny bags for the preventive and predictive maintenance of specific zones on the island to avoid further erosion and scouring. For the past four-five years these bags have been stacked at strategic points that are prone to massive erosion, but it’s yet to be determined if this new measure is actually beneficial in the long run, as most of them are seen submerged and shaken after each monsoon flood, questioning the veracity of this method being employed.

According to the UN up to 90% of logging in tropical rainforests is illegal, and illegal deforestation means the vanishing of forest cover, which becomes the main cause of climate change as deforestation accounts for 17% of all global carbon emissions, depletion of natural reserves, extinction of species and great economic losses.

Only attempts to reforest can partially help negate the continued and abashed cruel cycle of deforestation. A new study by researchers at ETH Zürich, got mixed reactions from the world of science and reason, because its too simple a method for humanity to employ to help themselves survive a bleak future, stating that leaves of trees extract carbon in the form of CO2 from the air and then release the oxygen again, which being a basic and doable climate protection measure, but the researchers estimate 200 billion tons of carbon could be stored in this way, provided a trillion trees are planted, for which the most suitable and available spaces found by satellite amounts to 1.8 billion hectares–as much as the combined area of China and the USA. The question is, where is this amount of fertile land available, with the correct weather conditions, to help them grow at the rates we wish for it to, to counter all the carbon emissions? ..Is this too good to be true? Or…Have we crossed the threshold of recovery for mankind? 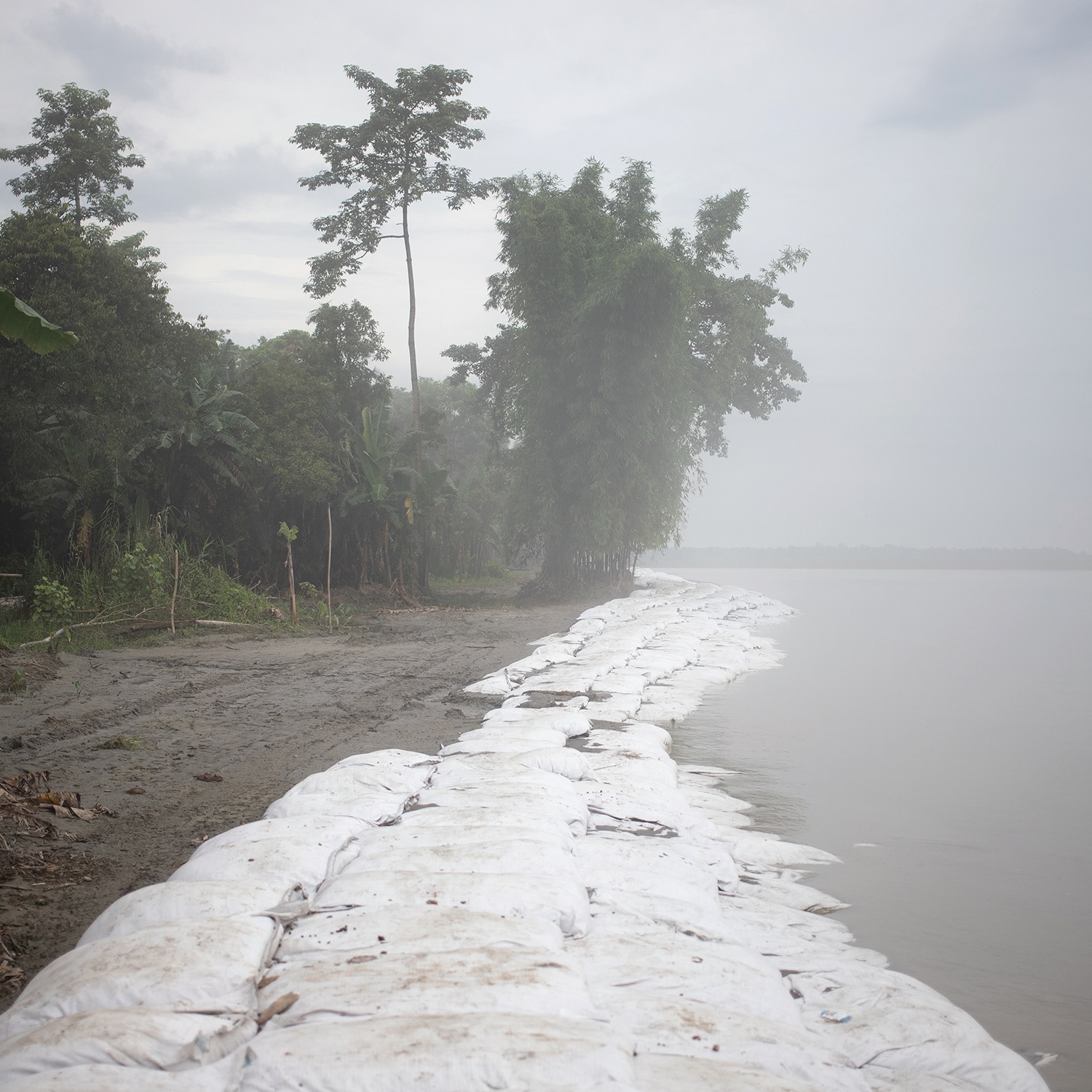 Freshly laid Geo Bags out across the scenic Salmora village located on the edge of the Brahmaputra, one of the largest villages on the island. To curb this incessant threat, this new method is being employed for the preventive and predictive maintenance of Majuli.

I think if we strictly follow these tenets, we could live a little longer!

• We must surely dedicate a green space in our homes (we don’t need much space to start our own little eco-system!)–Surrounding ourselves with plants, small or big, is healthy and its sheer happiness to see how they flourish in front of us, like children, they grow and provide a sense of purpose and belonging.

• Adopt at least ONE tree in your neighbourhood and see to it that it gets your attention and affection.

• If you are well-intentioned and wealthy, buy and dedicate a large piece of land to cultivate nature, to preserve nature, grow plants, grow trees, grow vegetables, fruits to regurgitate the soil so it’s nurtured and nourished, with the eventual purpose of protecting that precious land from being ravaged for new construction.

• If you have space and means, plant as many trees a month as you must because its never going to be enough, at least in our lifetime.

• Encourage your Residents Welfare Association/welfare body to inculcate a healthy habit of conducting regular tree-planting drives, more the trees planted, the better our chances of nullifying our own guilt! (but make sure they don’t die after a week!!)… Creating oxygen needs perseverance and toil which means more chances of remaining afloat..for a little longer! 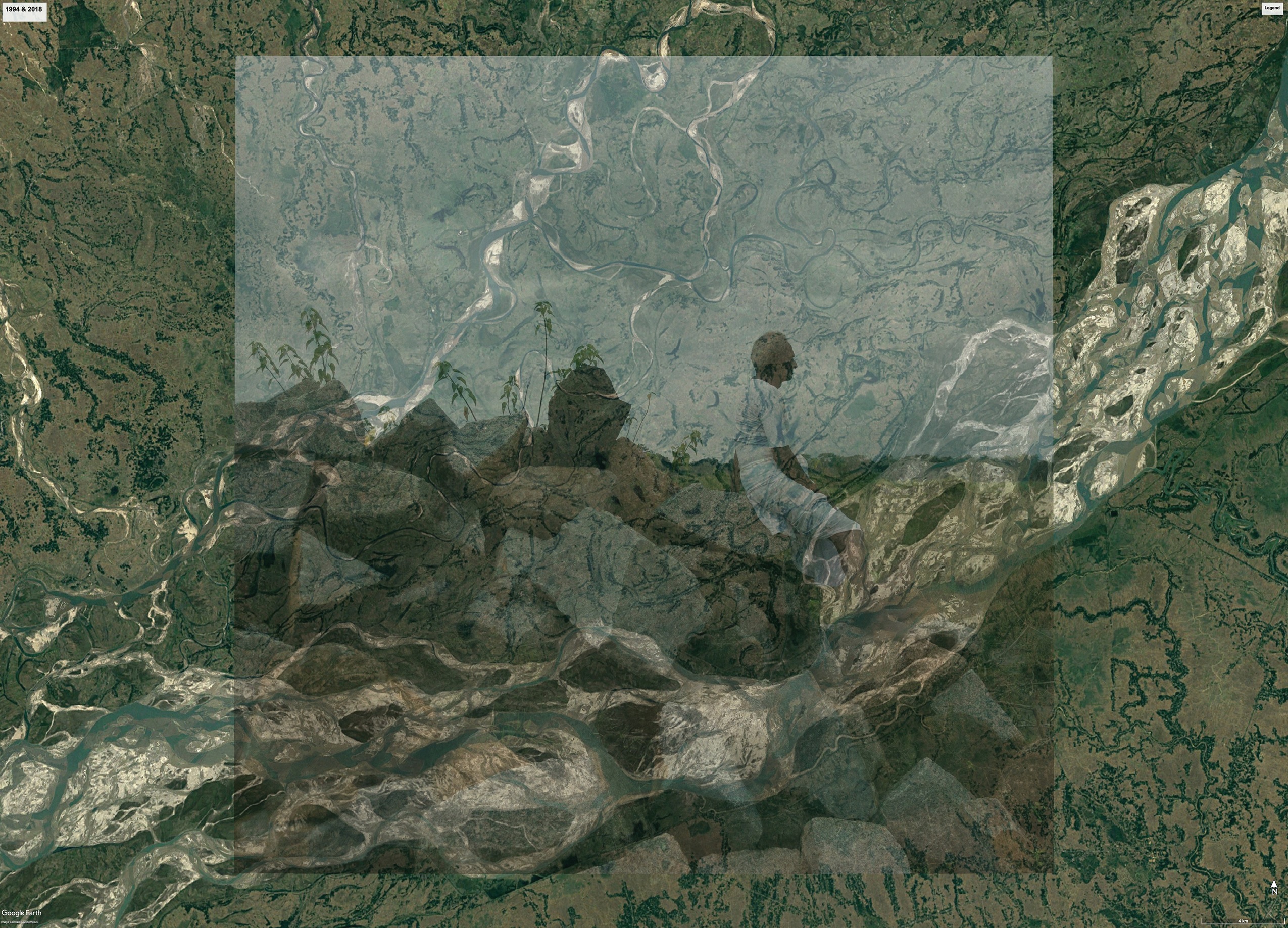 A resident of Salmora village, rests on a pile of rocks intended to be used for “Spars” extended into the Brahmaputra river to break its current especially during the monsoon season.

• Connect with likeminded conscientious human beings trying to make a difference, join hands and make a bigger difference, because two is always better than one!

• Please Reduce, Re-use and Recycle, which helps in cutting down amounts of waste we discard, conserving natural resources, landfill space and energy, in turn saving land, money which is used to dispose waste.

• PLEASE STOP AND THINK before you pluck a flower, leaf, or uproot plants and trees, it’s just like pulling the plug on the oxygen mask…

Zishaan A Latif is an independent photographer since 2005. His work stems from intuition and passion which blends into the personal and sometimes eclectic. His work has been published in several publications like Narratively (New York), The Australian, The Chronicle (Luxembourg), The Hindu, Platform magazine, and more.