Cheena Kapoor gives us a glimpse into the reticent lives of female mental health care patients, who continue to live a fading, abandoned existence. Vimal and Meenakshi find solace in each others company. The patients, somehow, have a sense of understanding for each other’s misery, and make an honest effort to love and empathise with one another. Photograph/Cheena Kapoor Cheena Kapoor
completed her Diploma in Photojournalism from the Ateneo de Manila University, Philippines. Before this she worked with an IT firm, but quit in 2015 to pursue a full-time career in photojournalism. She is currently a photographer with the DNA. She is also the recipient of the India Photo Archive grant and was a Joopswart Masterclass, World Press Photo 2017 nominee.

When I started out as a photojournalist, I would accompany reporters on assignments. A few of these involved stories of mental health care institutions, and I knew it was something that I wanted to further delve into. I approached the Institute of Human Behaviour and Allied Sciences (IHBAS) in New Delhi. It took me a month to convince the Director to let me photograph the patients, and I was finally given permission, provided that I don’t reveal their identity.

In the three months that I spent at IHBAS, I was told of how the women came to be at the institute. Some of them were brought in because they displayed small traits of psychotic symptoms. Some of the others were picked up from the streets, and have been living in the institute ever since. Not all women who reside here are mentally unwell. Some of them have recovered, but have nowhere to go, or have been abandoned by their families. But it’s not the same for the men who reside in the male ward of the institute, as their families come to regularly visit them. It’s unfortunate that women continue to be stigmatised in India. Owing to their mental state, they are secluded and denied a chance to recover. With proper care and attention, a lot of these women can eventually lead fruitful lives. Sheetal is seen getting her weekly head bath, by an attendant at IHBAS. Women are bathed and fed, and are occasionally indulged in games and leisure activities. Optimum levels of hygiene and basic facilities are provided too. Every attempt is made by the staff to keep them calm, comfortable and most importantly, to feel accepted. Patients are aided in every possible way to overcome traumatic incidents from their past life. Photograph/Cheena Kapoor Evening tea being served to the patients. Aarti wasn’t happy with her advertising job, as it used to stress her out. Around the same time, her father passed away. Soon after she began showing psychotic symptoms. Her family then left her at the institute, 10 years ago. Every Diwali, her mother sends her a box of sweets. Photograph/Cheena Kapoor Razia wanted to get married someday. Her siblings observed psychological disorders when she began to dress up like a married woman, and do all the household chores. At 16, she was brought to IHBAS. Three years later, she still wants to get married. Here, she is seen dancing around within the institute’s premises. Photograph/Cheena Kapoor On bad days, women refuse to meet anyone. Vimal, a mother of two, was kidnapped from her village, raped and thrown on the streets of New Delhi. She was left with a note of Rs. 100, with which she purchased a pack of cigarettes, and left it where her assaulters had dropped her off.
Photograph/Cheena Kapoor

This project was a great lesson in patience. I spent a lot of time interacting with the patients, even if the conversation was banal. Eventually, most of the women warmed up to me. However, there were bad days too, where extreme moodiness and paranoia would take over. On such occasions, I was asked to immediately leave the facility.

Abandoning these women is certainly not a long term solution. My goal is to travel across the country and create photographs of mental healthcare institutes, and raise awareness about the condition of these women. I hope to secure a grant, which would make this possible.

— As told to Conchita Fernandes 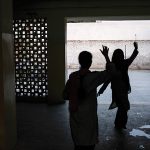 Women dance to the blaring sound of Bollywood music being played on the only T.V. set in the common area, at the semi-open female ward. On good days, these women dance around and play games. Photograph/Cheena Kapoor 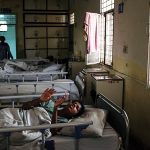 A young woman is seen lying on her bed.IHBAS, formerly known as Shahdara Mental Hospital, has a semi-open ward that caters to long-stay patients. They comprise of those who show psychotic symptoms, and the ones who have recovered, but their families have long forgotten them. Whether partially or fully recovered, these women have now been abandoned for life and continue to live at the institute. Photograph/Cheena Kapoor 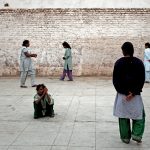 Mental illness is not the only war the women fight here, it is also the stigma of social acceptance and gender discrimination, which become major causes of their trauma. The male ward is always filled with anxious faces for the sons to return home, while the daughters are so easily forgotten. Photograph/Cheena Kapoor 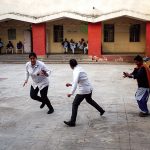 19 years ago, they found Lata, a mute, on the streets of New Delhi. Others at the long-stay patients’ ward at IHBAS are extremely fond of Lata and her pranks. She is known for hiding slippers and other belongings of both the patients and the caregivers. She is often chased around playfully by the people at the institute. Photograph/Cheena Kapoor 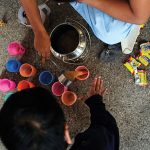 Evening tea being served to the patients. Aarti wasn’t happy with her advertising job, as it used to stress her out. Around the same time, her father passed away. Soon after she began showing psychotic symptoms. Her family then left her at the institute, 10 years ago. Every Diwali, her mother sends her a box of sweets. Photograph/Cheena Kapoor

Your Pictures: Bring on the Night