Here are the awe-inspiring pictures submitted in the Philip Harben Award for Food in Action category of the Pink Lady Food Photographer of the Year 2021: 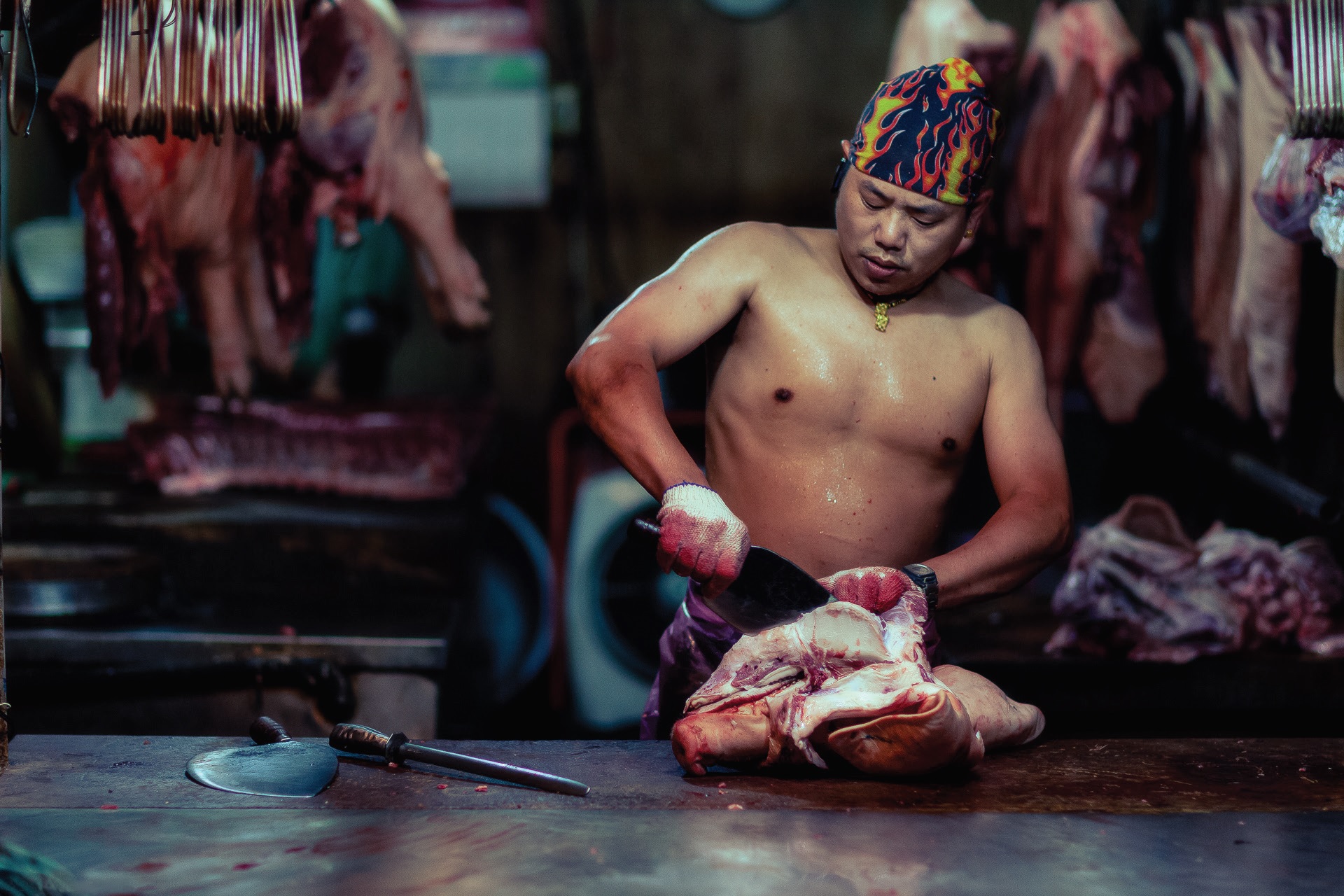 Head to Head: It was after midnight when a professional pork butcher was dissecting pork carcasses for the days traditional market. In this photograph, I captured him cutting out the cheeks of a pigs head. He butchers around twenty to thirty pork carcasses for the vendor before moving to the next job—to prepare for the early morning traditional markets in WanHua District, Taipei, Taiwan. It was difficult to capture his motion as there were only two lights above his head, which is quite typical. After midnight, around the urban areas of Taipei, people work to keep the city supplied with its daily needs. 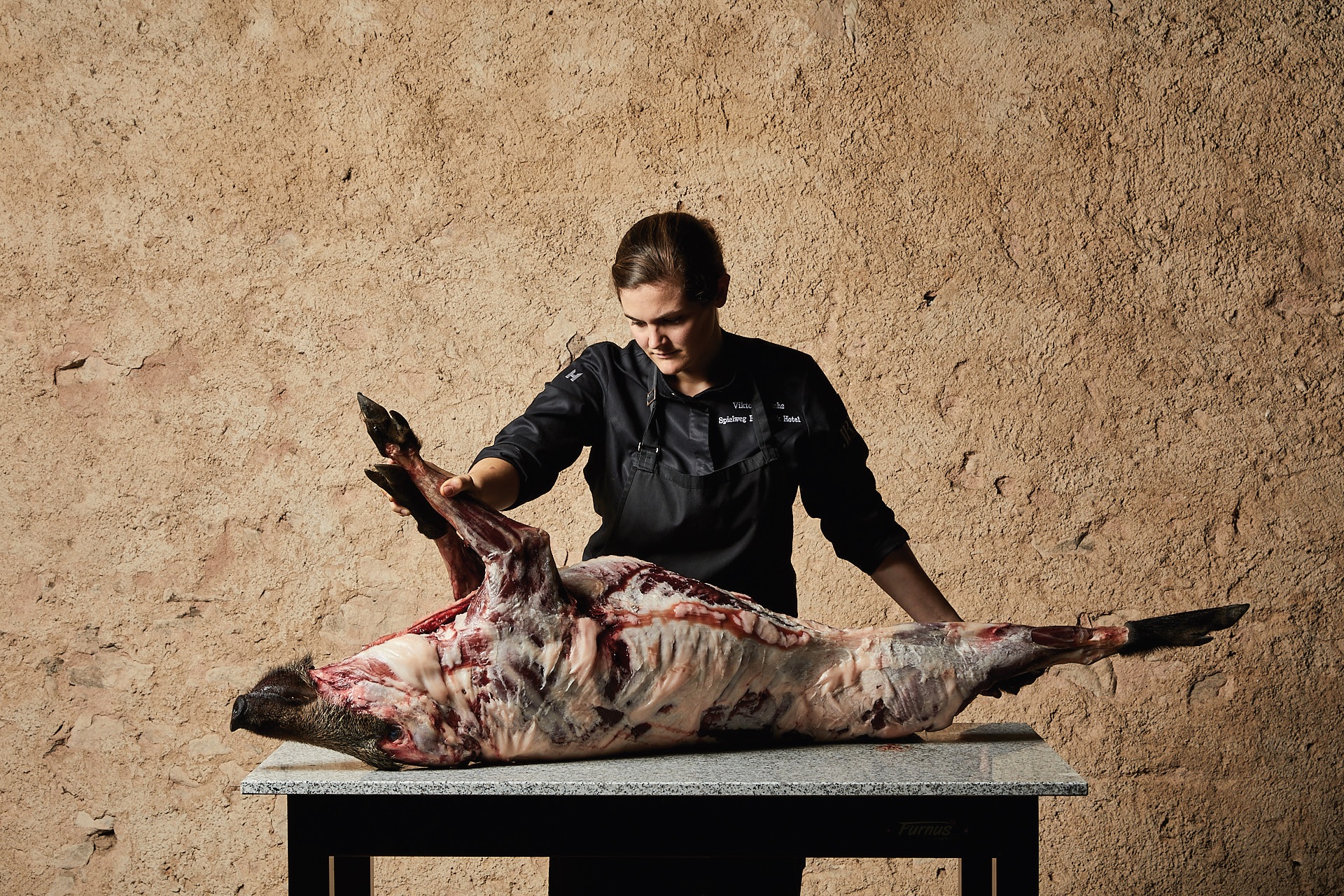 Chef Viktoria Fuchs and the Boar: I captured this image when Chef Viktoria Fuchs, who works at Spielweg Romantik Hotel in the Black Forest, Germany, dissected a boar. The plain background helps to keep the viewer’s attention on the motion. I chose only one source of light for the image, which was enough to highlight the details. 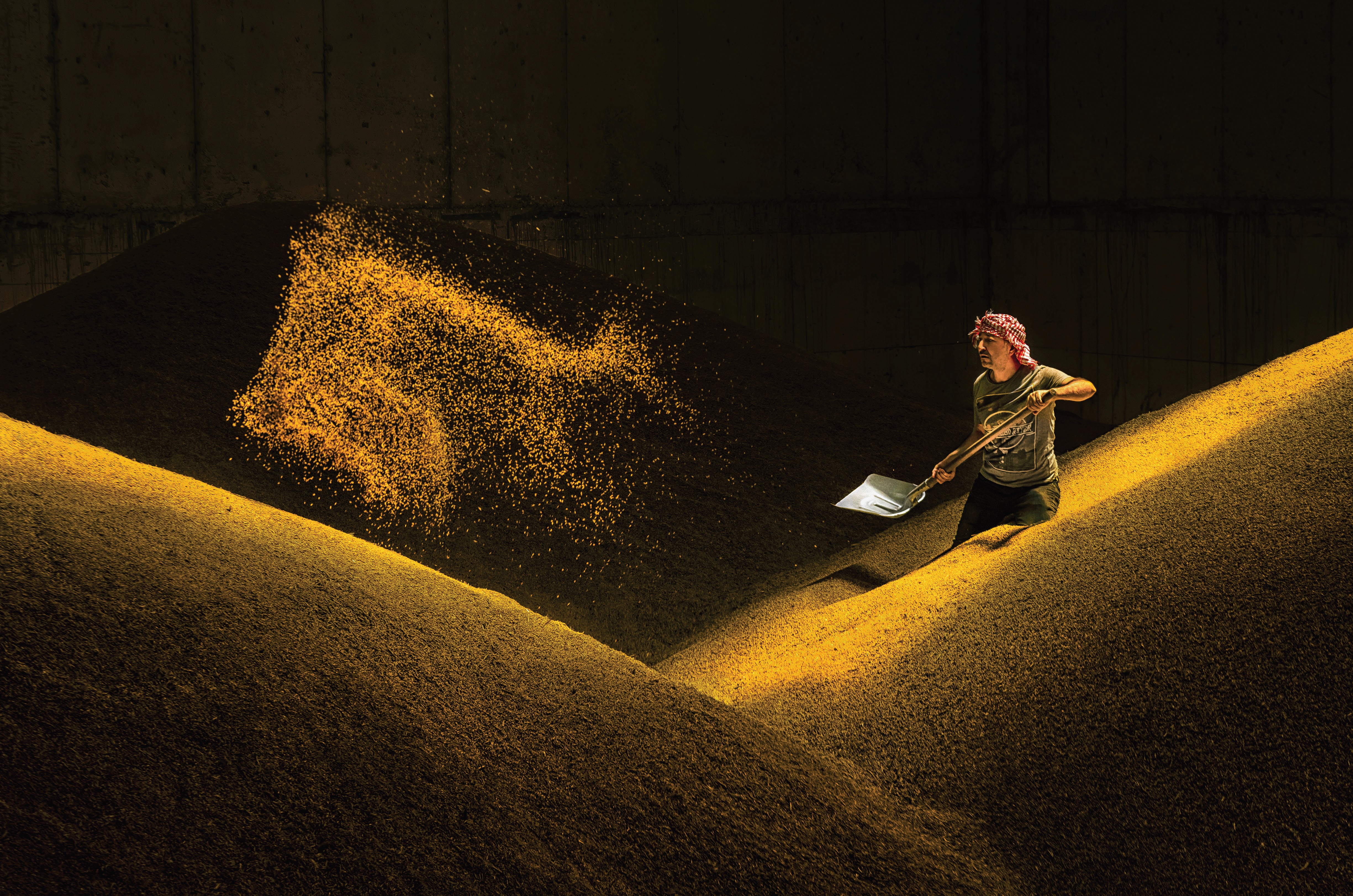 Farmer’s Gold: In Central Anatolia, the land of sun and history, the farmers call the wheat their gold. So keeping this in mind, I created this photograph, where it looks like the man is knee-deep in mounds of gold. The partially lit place enhanced the overall feel of the image, while the wheat mid-air began to resemble gold dust.