Here are the enchanting photographs submitted in the Food in the Field category of the Pink Lady Food Photographer of the Year 2021: 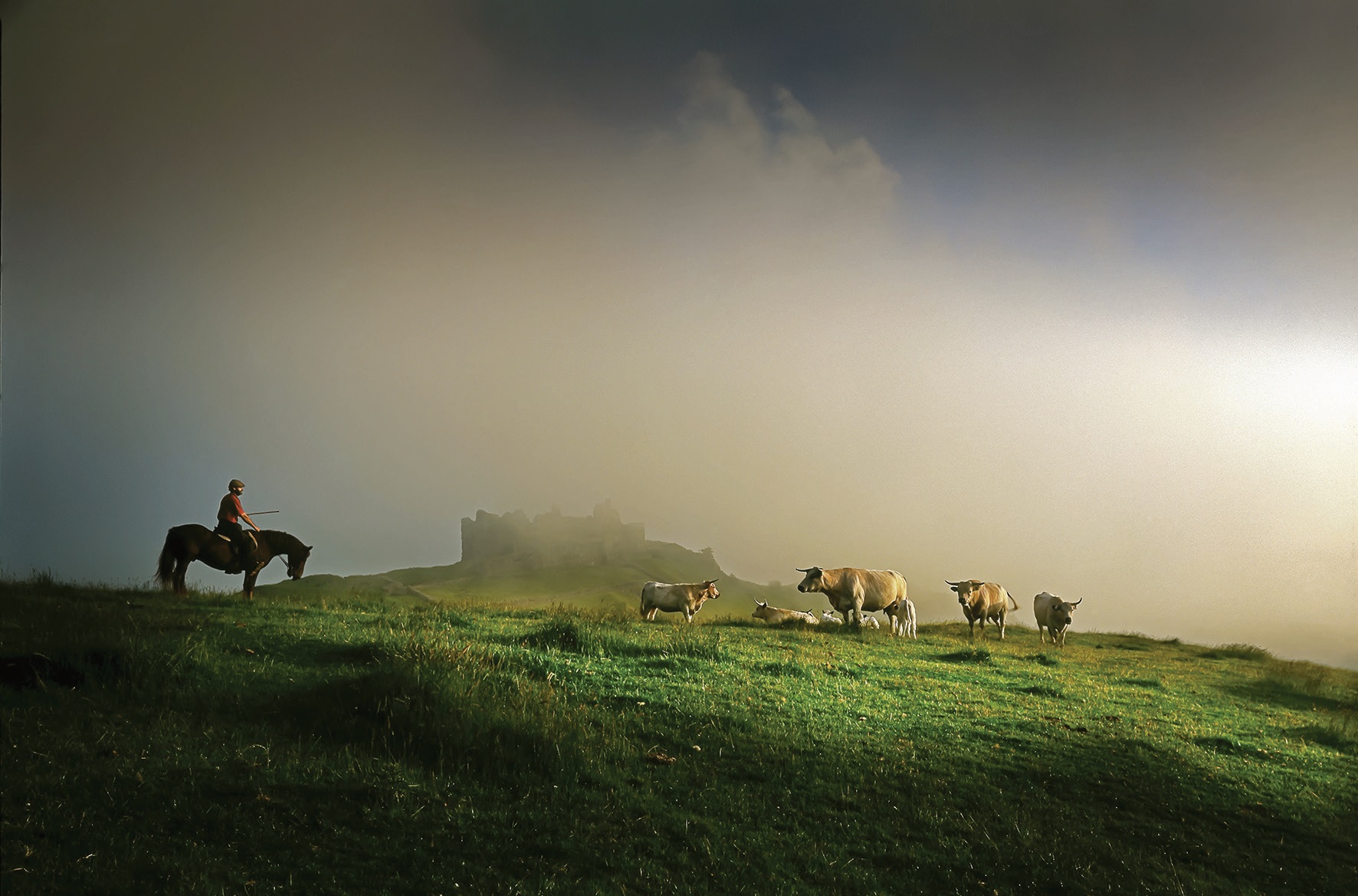 Farmer with His Longhorn Cattle: I had noticed how amazing the light was. So, I called my friend, Bernard Llywellyn, the man in the image, to ask him whether I could photograph the castle. I arrived at the location and saw the mist appearing in the valley below the castle. It was rising steadily towards the castle, Bernard, and the cattle. At the same time, I noticed the elements interact with each other—Bernard, the horse, the cattle, the mist, and the light. While the cattle were quiet and still, the horse was flicking its tail and moving its head. I needed the horse to dip his head, so I could make a connection from his nose, along the horizon line to the castle, and finally to the leading cow’s nose, which was looking at Bernard. I think the interesting aspect of this image is the peacefulness and serenity of the scene and the respect shown towards the cattle by Bernard. 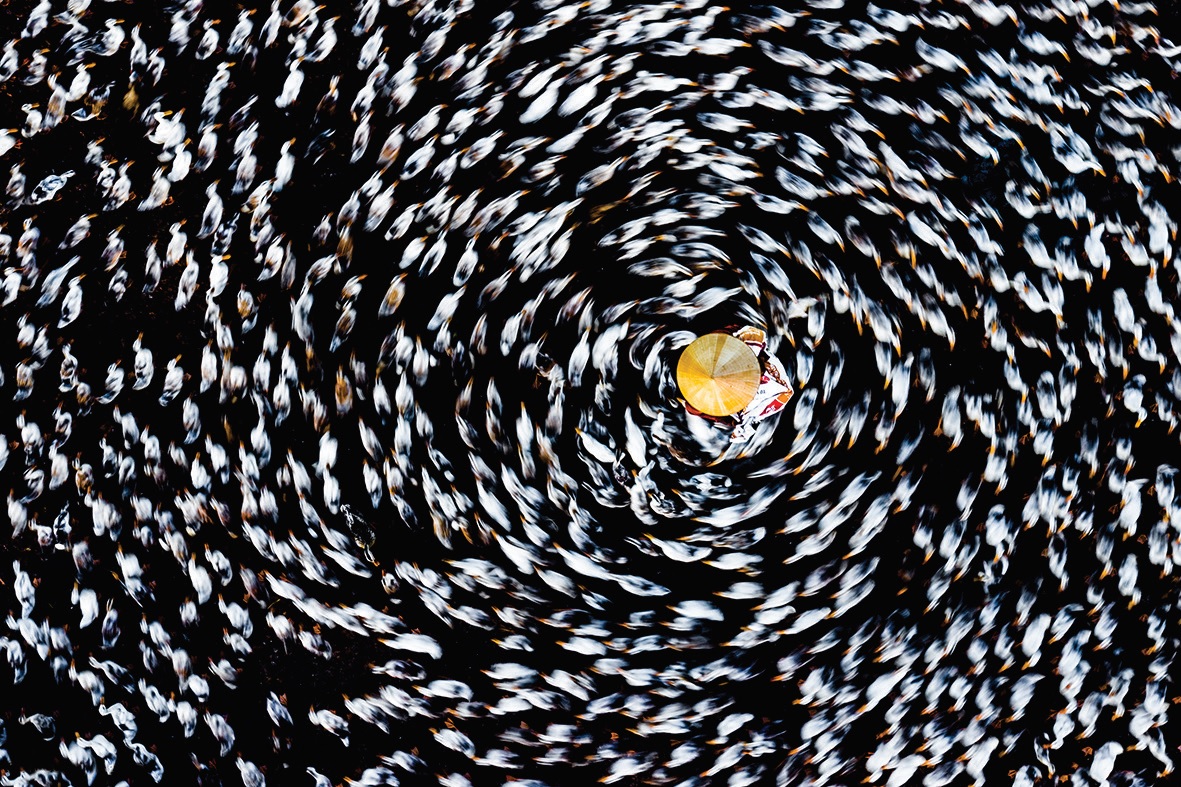 Feeding the Ducks: Every afternoon, this farmer in the Binh Dinh province would feed the ducks on his farm. Their staple food, which is a special kind of flavoured rice, is rich in nutrients. Over the years, the farm has grown more than 4000 ducks. Whenever they hear the voices of the people coming to feed them, the hungry ducks gather immediately and form this unique swirl. 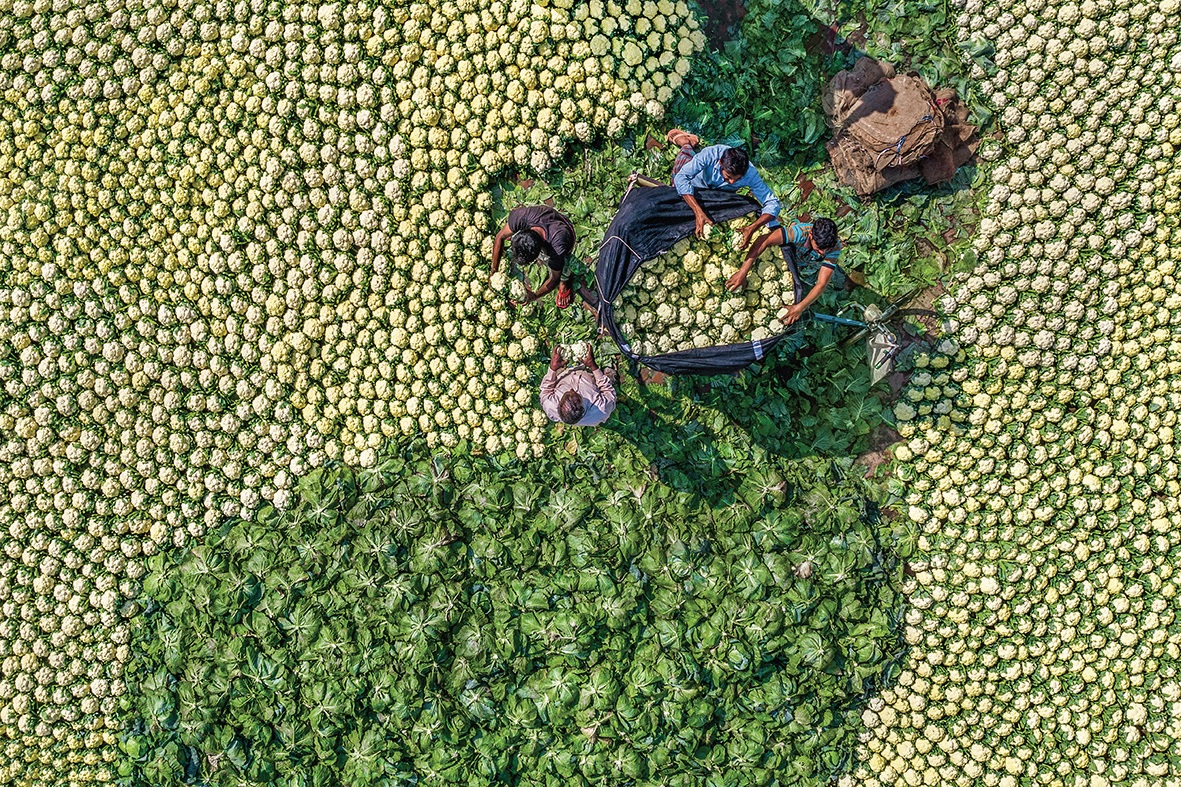 Packing Vegetables: Thousands of cauliflowers and cabbages were laid out in a field, which began to resemble a sea of vegetables. Then, they were loaded into large bags on tricycles before being transported to the markets. To capture the entire scene, I decided to use the bird’s-eye view with the help of the Mavic 2 Pro drone.