When You Are Surrounded By Colours, Sounds & Sights

Goa. A place I have always loved and am now lucky enough to go to regularly since I teach at a photography school there. It’s a place which uses colour with total abandon, and not just the people who live there, but nature herself too. I have never seen such an incredible range of greens, for instance, as Goa has to offer during the monsoon. And for a person like me, who lives in dreary, dusty and supposedly modern Gurgaon, the experience is magical. An absolute visual ‘smorgasbord’ of colours, tones and shades. 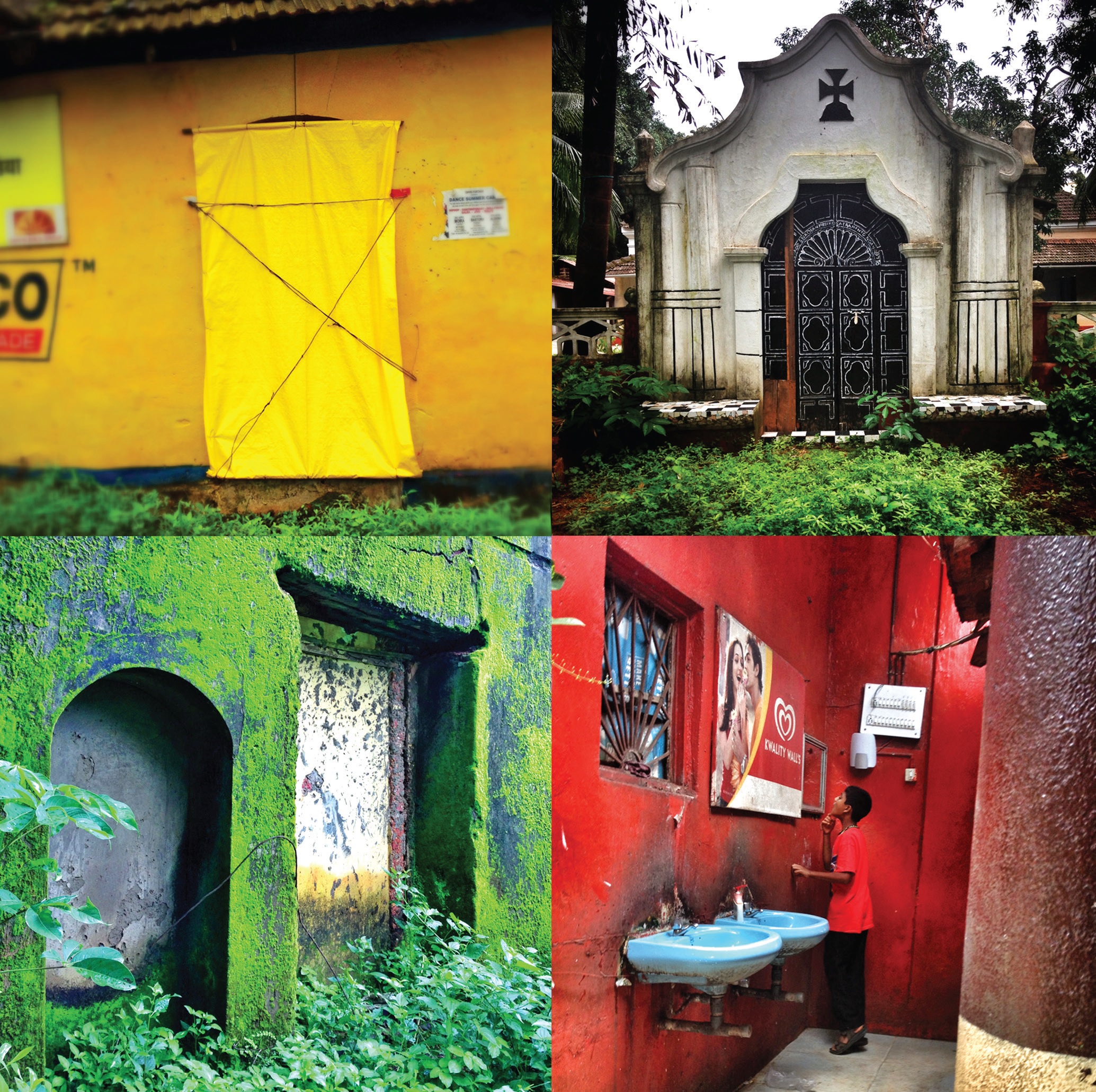 Fortunately, I got the chance to travel to Goa twice during August this year and though the monsoon was very much active, there were enough gaps between rainy and dry spells during the Dinesh Khanna day. This gave me a chance to walk around the area, both in the lyrically named village, Ucassaim and the lovely coastal one called Arpora. Goa has these wonderful roads lined by green fields, which connect small hidden towns. And both, these roads and the lanes within the towns, have these charming sights, ranging from paddy fields to awesome churches and from local bars to lovely heritage bungalows.

“There are colours and shades that trigger a certain response in you, as a traveller, and will create the same emotion in the viewer.”

I have always been attracted to colour, to frames where the colour is a statement in itself, and contributes to something more. My ubiquitous cameraphone helps me record the colours of Goa, which speak to me like an eloquently shared language.

Dinesh Khanna’s career path veered from being a calculator salesman, a garment quality checker, a busboy in a New York bar and a client servicing executive, after which, he finally gave in to his desire to make images. He cofounded the Delhi Photo Festival and regularly conducts ‘addas’ in Delhi to encourage discussions on the medium.