The Art of Botanical Portraiture

Shannon Heng gives you a glimpse into his intimate botanical portraits, and the thought process behind it. 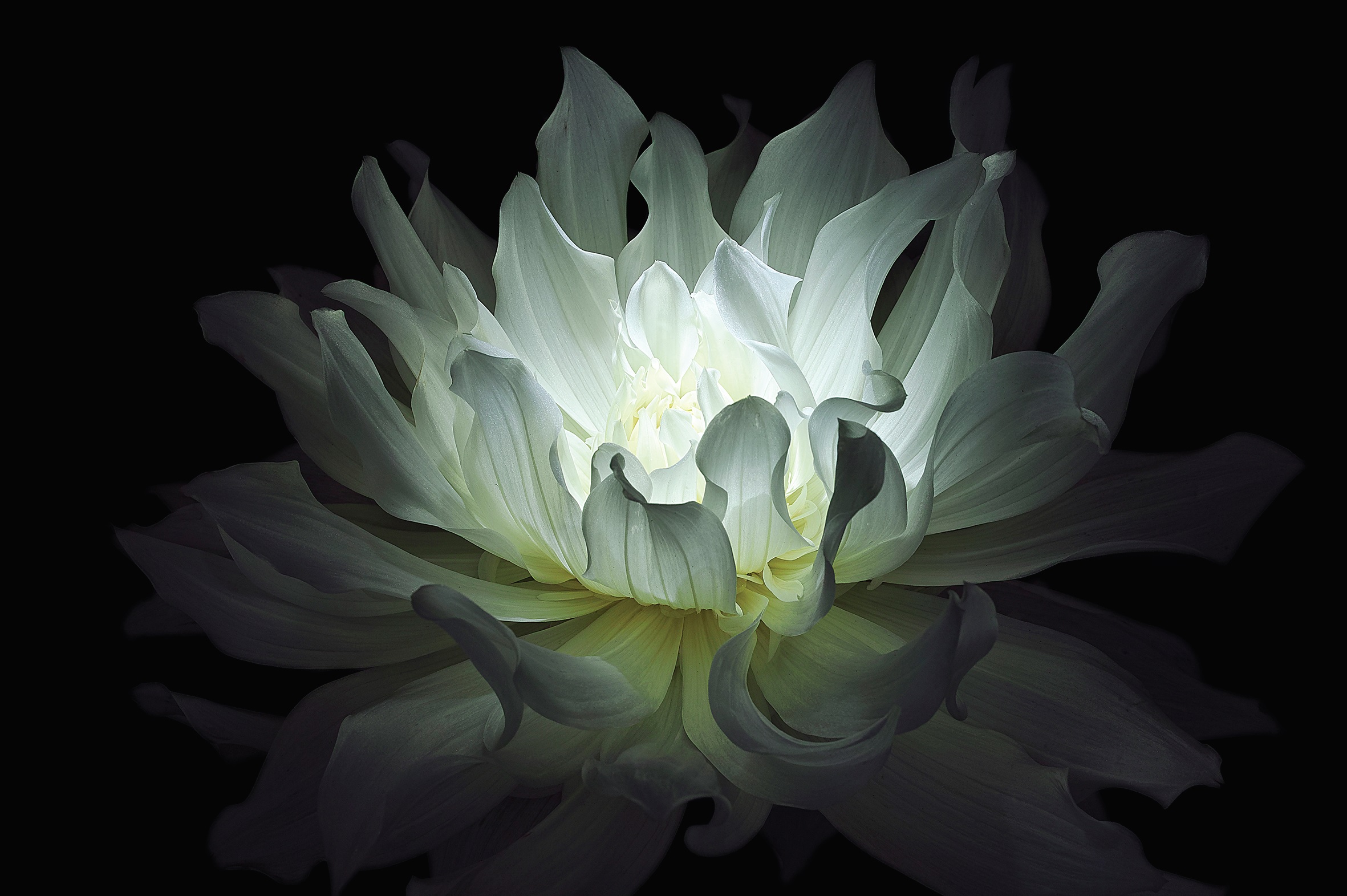 White Chrysanthemum. This artwork uses grid lighting to illuminate the flower. Building a strong foundation in photography means shooting it right out of camera and spending less time in post-processing. 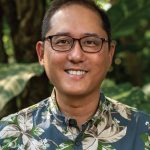 Shannon Heng He is the Regional Ambassador for SIGMA India and Master Mentor with DCP Expeditions. Having grown up in Singapore, and exposed to its rich botanical world, brings his appreciation for rare orchid species and plants in his unique botanical portraits. His inspirations are drawn from lines, textures, colours and form, to capture the essence of each subject he photographs. To view his work on Instagram, visit @thrutheframe

Several years ago, I was invited to give a talk at a regional photography event on the theme “What you are best at”. This simple statement set me up in a conundrum of self-appraisal. After much thought, my answer came as a resounding no… Good, maybe, but I definitely was not the best. The medium being as diverse as it is, learning never ceases, and the more you learn, you begin to realise how less you know. So, what am I best at? Instead of cracking my head over the question, I am going to list down the things that I am good at based on my photographic experiences.

I’ve always had a vivid imagination. I enacted scenes of battles and fantasy on paper with crayons, which fascinated and confused my parents in equal measure. And like all supportive Asian parents, I ended up with a degree in Computer Engineering. On the contrary, this stereotypical and linear educational approach provided several silver linings. One of them was the inculcation of a vigorous engineering design process that gave me the skill set to channel my imagination into coherent artistic ideas, with photography becoming my preferred medium of expression. With the same engineering approach, I focused on the pursuit of good craftsmanship, with a belief that a strong foundation in photography is the key to overcoming any challenges when articulating ideas. 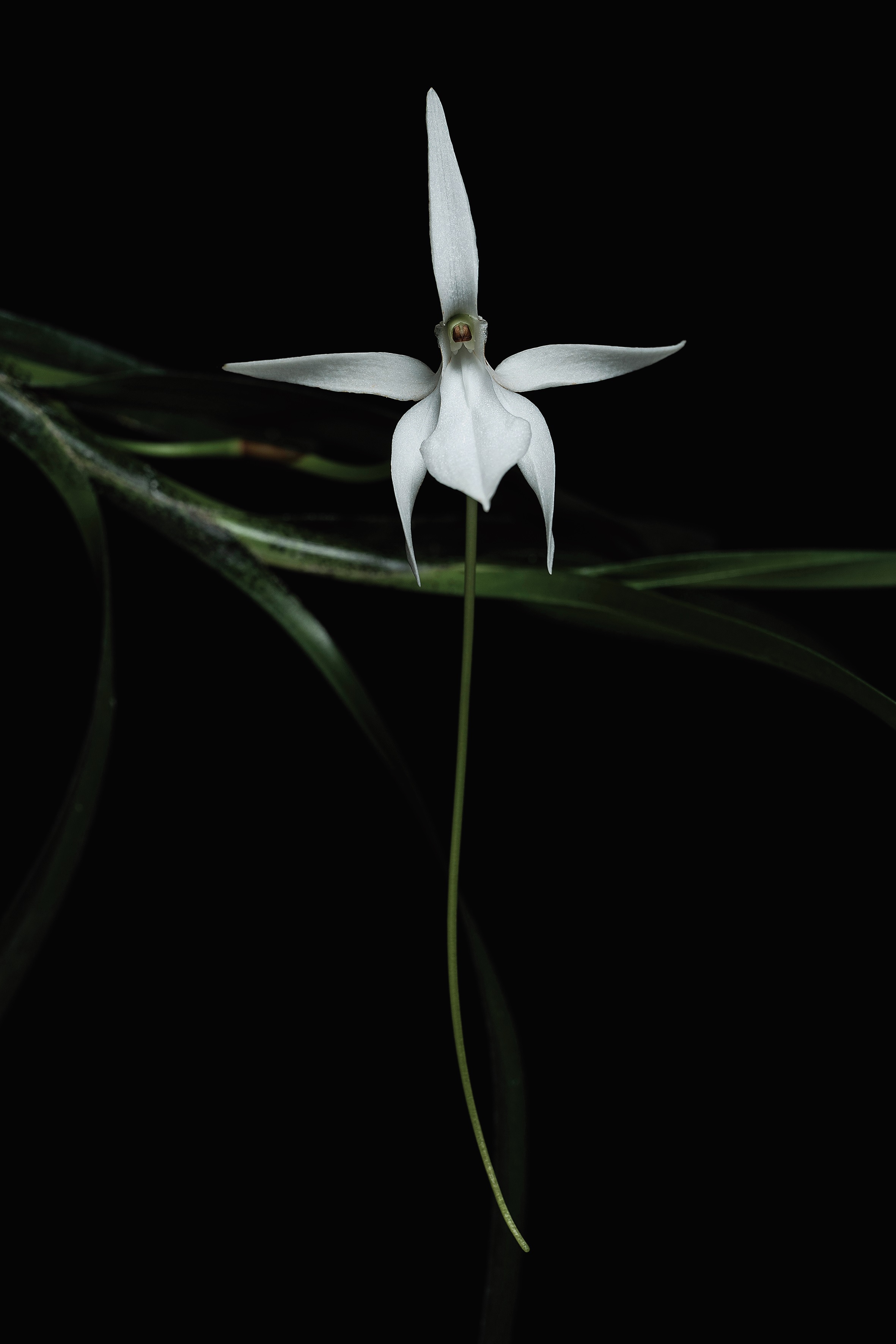 Jumellea punctata. An illustration of Darwinian example of coevolution and how research leads to understanding subjects better. This orchid from Madagascar has a long tail-like spur where the nectar resides and only moths with matching proboscis can perform successful pollination.

In the process of working with florae, I developed cognitive empathy for them— empathy by thought rather than feelings. I place myself in its position and see the world through its perspective. When a connection like this is established, it becomes easier to visually portray the subject in a way that most people would normally not view it. For instance, the Pleurothallis cypripedioides is a miniature orchid from the Amazon region with pouch-like flowers that is six millimeters tall. The flowers resemble tiny reddish-brown fruits that are split open. Under ambient light, it looks dull and unattractive. However, the way I envisioned the flowers, I saw them attracting pollinators with sunlight illuminating them, thereby transforming the pouch cavity to sparkle like a treasure trove of red rubies. I brought this vision to life by using several off-shoe flashes. 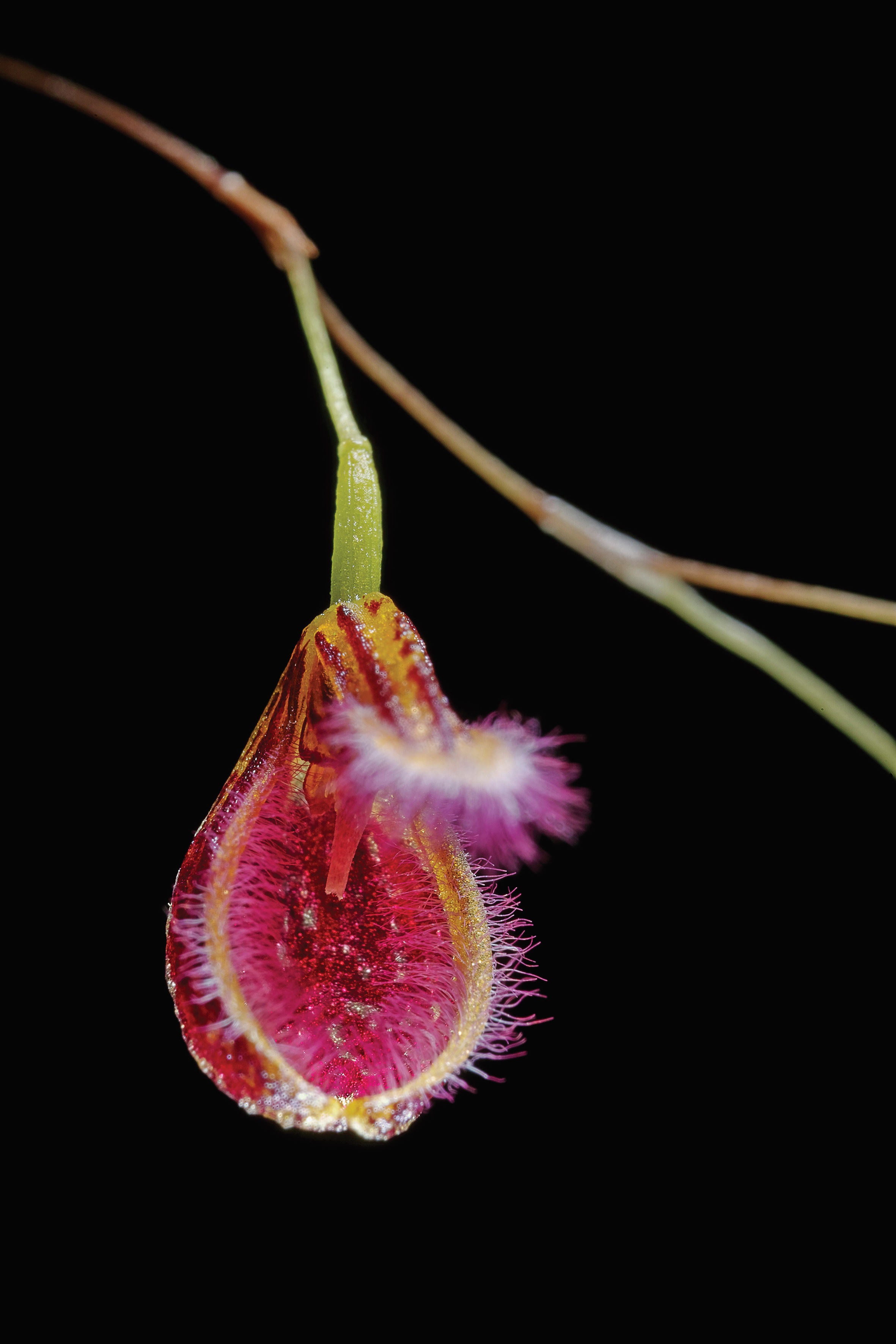 Pleurothallis cypripedioides. A miniature orchid from the Amazon region with unusual pouch-like flowers that are six millimeters tall. I pre-visualised how a pollinator will be attracted to the flower when sunlight illuminated the pouch, thereby making the cavity sparkle like red rubies.

“I often tell a story with my photography in a style that is akin to producing a theater stage show. It requires a compelling storyline, attractive lead actors and stage lighting to create a mood that results in a two-dimensional diorama.”

I often tell a story with my photography in a style that is akin to producing a theater stage show. It requires a compelling storyline, attractive lead actors and stage lighting to create a mood that results in a two-dimensional diorama. On account of my habit of taking the “scenic route”, florae became the subject for my storytelling. Unlike human actors or models who can be coached to portray a certain emotion for a scene, florae are perpetual mimes that requires study and research to find out how they communicate. Out of all the florae in the botanical world, I have the propensity to choose orchids. Not just any common orchids—my favorites are the queen of all orchids, the species orchid. Being endemic to certain regions of the world, these species orchids require specific conditions to flourish and bloom. For instance, the Jumellea punctate originates from the evergreen forest of eastern Madagascar. To propagate, it requires a specific species of moth with proboscis that match the length of the flower spur to successfully pollinate. In the image that I made, I photographed the flower in a way where it was resting on its stem, with its petals stretching out like welcoming arms to embrace the moth, and used external lights to illuminate the long tail-like spur to highlight this unique feature. 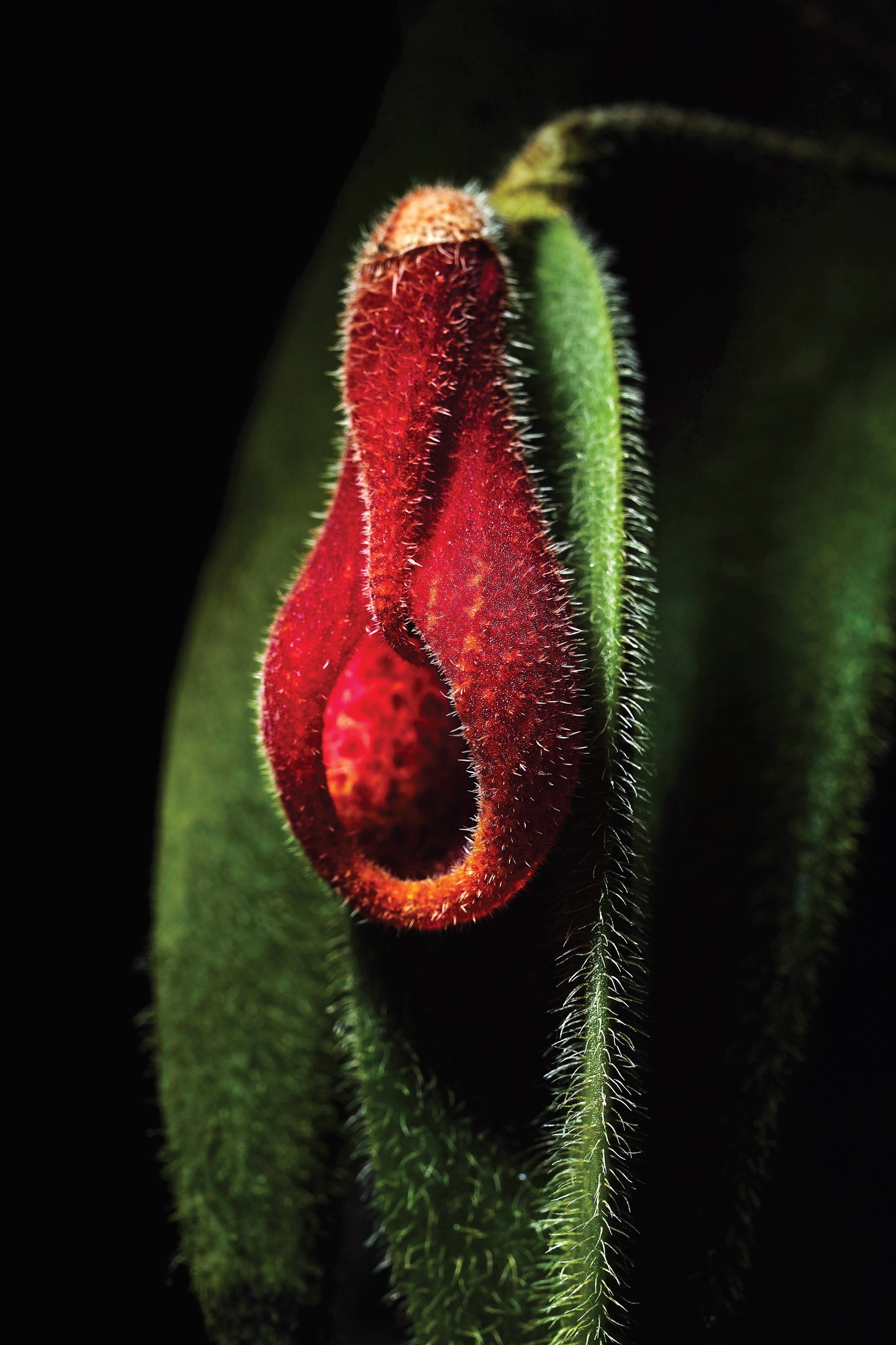 Dresslerella caesariata. Observing the subject at different perspectives allows me to tell an interesting story. With creative lighting, I am able to play with the colours, shadows and textures. I photographed the flower in a manner where it resembled Lord Ganesh.

Over the years, from a structured engineering mindset, to developing a creative flair by weaving a compelling storyline, I have combined and elevated what I am good at into what I am perhaps best known for—a signature style in botanical portraiture, and creating a platform for the florae world. I am thankful that the photography journey I pursue has been gratifying and thought-provoking. 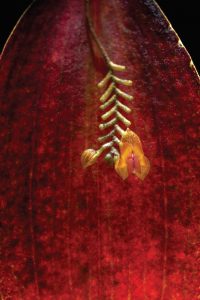 Lepanthes lappacea. Observing different perspectives of the subject plays a key role in my photography. In this image, back lighting reveals the leaf’s red underside, forming a glowing red carpet to highlight the miniature orchid from Costa Rica. 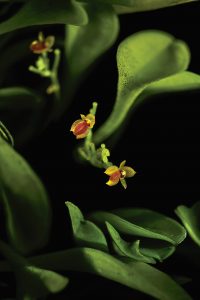 Platystele stenostachya. At two millimeters, the mini-miniature orchid is the smallest I have photographed to date. The flowers were so miniscule that I had to view it through a loupe just to select the focal subject. While I was working out the angle of lighting, I was thinking about paying tribute to the miniverse of Amazonian orchids. 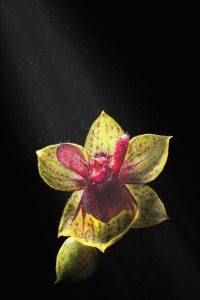 Trichoceros muralis. Imagination can both inspire and influence how we tell stories through photography. This unusual South American orchid resembles a hairy insect reaching out to the sky. 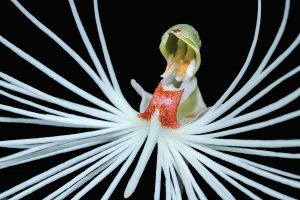 Habenaria medusa. I like to inspire the viewer’s imagination, helping to create a lasting impression in their mind. 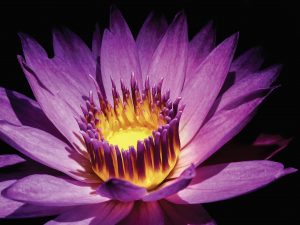 Water Lily. This is a direct outof- camera image, made with a Samsung Galaxy S2 cellphone, using a torch as light source. It goes to show that you don’t need fancy equipment.