Mumbai – A City Where One Forgets to Take Photos After having made fun of my photographer friend Anita for oh-so-long, I finally went to her home country India. Even though she is from Hyderabad, we met in Mumbai where she decided to guide me. However, I quickly realised that one does not need a guide to experience Mumbai. This is a city that is so rich of impressions that no matter where one walks, one is bound to experience something notable. Mumbai is a city that has lots of everything and lots of nothing.

Anita, having lived in Mumbai, was however undaunted by all these impressions. To her, it was simply a part of India. To me, it was about combining sympathy for the street vendor selling socks to a population mostly wearing sandals – if they wear shoes at all – and surprise at being offered drugs by street-hustlers just by showing my Swedish face on the streets.

Such a situation would also mean lots to photograph, right? But really, what does one photograph in Mumbai? The poor? Nothing enchanting in that. Only rich people claim that the poor are happy. However, there is nothing charming—at all—about being poor and destitute.

So, does one instead photograph the landmarks of Mumbai? Well, I tried taking photos of Chatrapati Shivaji Terminus and was promptly stopped by a police officer wearing an assault rifle. This is probably the world’s only UNESCO World Heritage Site that tourists are not allowed to photograph for security reasons.

With this in mind, I felt what was finally “photographable” for a tourist like me was the general street activity and the colourfulness of the saris. But herein appeared a paradox; the impressions of Mumbai were so strong that I got lost in them. I almost forgot to take photos because of all these impressions. As for Anita, I lost her for real. I was so into trying to comprehend everything I saw that I wandered off in my own direction in some alley. No other city has made me forget neither Anita nor taking photos.

So I wandered on in these alleys where people stared at my camera as a prized object, feeling that I would be offensive taking photos of beggars with leprosy or children sleeping on the street. Maybe it is just the fact that I am unused to seeing this and simply does not know how to handle the situation, but in the end I took fewer photos than I would ever have imagined. What Anita did, I did not know; I had forgotten her completely once I realised that I was not going to find her anyway in a city where the streets are more numerous than the photos being taken by a photographer on high-grade memory cards.

All in all, my first experience with Mumbai was not one of seeing nice and beautiful things. It probably offered the strongest impressions I have had among all places I have visited and I saw tons of interesting things, but beautiful? Nah, not really. But I certainly had one beautiful experience later in the evening when I was reunited with Anita at the hotel. Being an Indian—and an Indian photographer no less—she had of course taken more photos than even a photographer on high-grade memory cards. Anita can do that, no matter where she is. 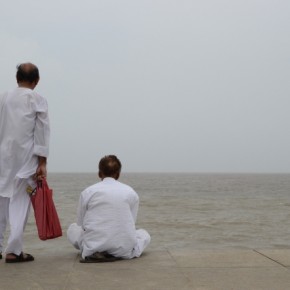 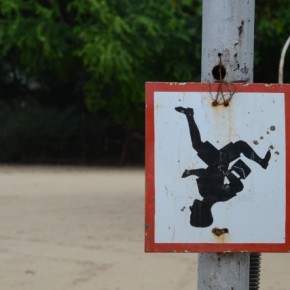