While the image might appear like a single X-ray of the object, it is in fact multiple X-rays carefully aligned using Photoshop. Photograph/Nick Veasey

Nick Veasey, strips objects of their exterior and shows Conchita Fernandes what it means to look into the insides of them!

This story was originally published in July 2013.

What if I tell you about a photographer who rarely shoots? In fact, he does not even use his camera to create images. But no one ever said that you need to have a camera to make photographs. Unlike most photographers who are found experimenting with camera settings and composition, you will find Nick Veasey controlling the amount of radiation an object is exposed to. This is because he shoots using an X-ray machine.

Quite by Chance
This technique however, was quite accidental. His girlfriend’s father used to be a lorry driver. One time, he drove a lorry which contained thousands of Pepsi cans. One of these cans had a prize worth Rs. 8,162,000. At that point, Nick came up with a devious plan. He wanted to find the prized can and so rented an X-ray machine and X-rayed all the cans of Pepsi. “I never found it, but it sparked off the ideas for the career I have today.”

“The type of work I do inspires me because it is simple, strong and I have developed an instinct for it.” Nick does not own any of the X-ray equipment. This is because the radioactive nature of the machines make them difficult to store and they are also very expensive. Photograph/Nick Veasey

Getting to the Core
It is uncommon to find someone who is interested in exploring the insides of mundane objects like a hat or a teddy bear. So what exactly fuels Nick’s obsession? “If you think about modern society, a lot of emphasis is placed on TV shows, discussing frivolous stuff like what we wear and what we drive.” Through his X-rays, he aims to separate the object from its superficial exterior. “Once you take away all the surface markings of an object, you start to appreciate how it is made and designed and how it looks.” While doing so, he does not intend to shock his audience, rather instigate curiosity in people’s minds.

Containing the Risks
Unfortunately, X-ray machines are not the easiest and safest to work with. For this reason, Nick has his own concrete building where he can safely contain the harmful radiation emitted by the equipment. He works with a small but efficient team of four people who have helped him achieve his vision through the years. Since X-rays are mainly used for medical and security reasons, he wants to challenge this system to display a subject’s inner beauty. Photograph/Nick Veasey

Young at Heart
Nick’s enthusiasm is the sole reason behind his revealing X-rays and his constant thirst for creating something new. His feistiness reflects upon his wishlist too. This includes being set loose at a museum or creating X-rays of submarines. But currently he seems very interested in women’s lingerie because of its delicate nature, a factor he wants to emphasise in his X-rays. Works like these are the reason why you will never have a dull moment with a spunky photographer like Nick Veasey. Over the years, Nick has X-rayed over 4000 objects, ranging from a flower to a Boeing 777. Photograph/Nick Veasey

• Nick uses a range of X-ray machines and film processors.

• Ironically, he is disinterested in capturing images using traditional means.

• Nick uses a range of X-ray machines and film processors.

• Ironically, he is disinterested in capturing images using traditional means.

He has worked in the advertising and design industries where he pursued work in photography. His book X-ray: See Through the World Around You is a collection of his images captured over a period of 13 years. He prefers spending his weekends with his family and enjoys listening to reggae music.

To see more of Nick Veasey’s work, you can visit his website www.nickveasey.com 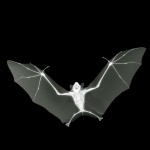 Nick believes that in order to be really interested in something, you have to repeatedly work on your technique and also be open to new ideas and methods. Photograph/Nick Veasey 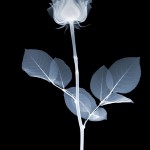 Nick chose to base his work on abstraction and experimentation. Photograph/Nick Veasey 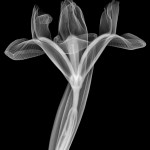 To get crisp images, he has to expose his subjects to almost 12 minutes of radiation. Photograph/Nick Veasey 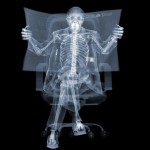 While X-raying human forms, he either uses skeletons in rubber suits or cadavers that have been donated to science. Photograph/Nick Veasey 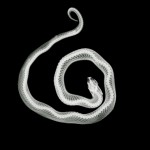 The thicker the object, the more radiation it needs. Photograph/Nick Veasey