Where Worlds Collide, with Sunil Raju Instead of only using complex lighting setups, he prefers to let the concept dictate his style. Photograph/Sunil Raju

Commercial photographer Sunil Raju talks to Supriya Joshi about the various artists and forms that inspire him. Everyday, we are confronted with several advertisements, but there are only a few that leave a lasting impact. Besides the typographical elements, what make an advertisement truly stand out, are its visuals. Enter Sunil Raju, whose canvas captures commerical concepts in a stunning manner.

Growing up with the Arts

“Wolfgang Amadeus Mozart once said that nobody invented music. It was already present in nature. I simply apply his principles to my work.” And it is not just the musical styling of the legendary composer that inspires Sunil. His growing up years were also seeped in the arts. Sunil comes from a long line of artisans, known for creating intricate Mysore paintings. “I grew up watching the creation of these paintings. Consequently, art ended up being a household matter. I also consider the works of Salvador Dalí, Friedensreich Hundertwasser, Henri Matisse and Edgar Degas as my inspiration. Observing their work has been fruitful as it takes me closer to myself as an artist.”

A Taste for Photography
Sunil developed an interest in photography when he was quite young. It was in the summer of 1986 that he began working in an artist’s studio. “He saw my drawings and paintings and told my grandfather about it. Soon after, I joined the Chamarajendra Academy of Visual Arts in Mysore, and began my formal education in photography.”

“Advertising photography is nothing but giving life to an idea.”

The Importance of Planning
Looking at his carefully composed images, great use of light and understated style, one can conclude that a lot of thought and planning goes into Sunil’s photographs. He recalls a particular ad campaign which involved portraying some of the best academic minds from around the 9th century for Dubai-based investment firm, Istithmar. “I had to do a lot of research for the series. To make these images look as authentic as possible, I began by thinking about what life would have been like in those days. For the same reason, I used minimal lighting and shot outdoors too.” Sunil believes that in order to capture a subject in their natural element, one needs to just let them be. Photograph/Sunil Raju

Breathing Life into Ideas
“Advertising photography is nothing but giving life to an idea,” he opines. Having shot for some of the most renowned brands in the world like Rolls Royce and Berger Paints, one can say that Sunil is well aware of what constitutes a good commercial photograph. “Making photographs for a successful campaign involves narrating the whole. Sunil uses a wide variety of gear, ranging from a Nikon D200 to full frame cameras. Amongst medium format cameras, he likes using the 120mm Zenza Bronica. Gadgets & Gear idea in one shot. One must overcome all technical and informative challenges while doing so. Ultimately, the photographer must make the product the ‘hero’ that proclaims that it is the best!”

“What is photography though, except writing with light?”

A Greater Degree of Control
Sunil believes what differentiates commercial photography from other genres is the amount of control one has over the shooting conditions. “Right from the planning of the shoot, to the preproduction and postprocessing, you decide everything. Because lighting plays such a crucial role, I observe my subjects in natural lighting conditions. Then, I apply my observations to the same subjects inside the studio.”

Bringing Out Character
For a magazine feature, he recently photographed singer Kailash Kher and author Amish Tripathi, among other well-known celebrities. “The shoot was challenging,” he says, “I had very little time to interact with them. It was thoroughly spontaneous, and the same is reflected in the images.” The lighting looks as if the dancer is on stage, and the shadows at her feet amplify the backlighting. Photograph/Sunil Raju

Creating a Style
When asked to define his personal style, Sunil says he has been trying to avoid being categorised. “Being stuck with a particular style stifles the possibility of achieving unique images. It stunts one’s photographic growth in the long run.” For Sunil, it is the subject matter that dictates his style. Reaching out to an audience and yet remaining grounded is a trait reflected in his work. “When people see my work, I hope they take away the realisation of my love and passion for the art.” About Sunil
He has a huge collection of music, from classical to world, and loves listening to artists like Peter Gabriel and Bob Marley. He enjoys watching movies and counts Gordon Willis, Darius Khondji and Janusz Kaminiski as his favourite cinematographers. In his early years, he has trained with photographers Apu Sista as well as Suresh Natarajan. To view more of Sunil Raju’s work, you can visit www.sunilraju.com
This article originally appeared in the April 2012 issue of Better Photography. 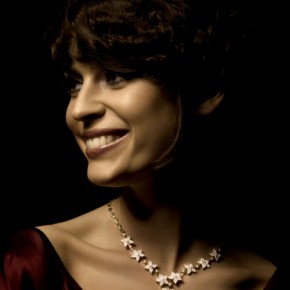 To enhance the jewellery and bring out the warmth and romance in the picture, Sunil used a single light. Photograph/Sunil Raju 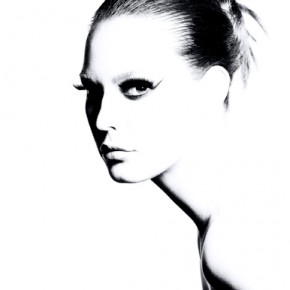 His simple, yet impactful images are a constant feature in his portfolio. Photograph/Sunil Raju 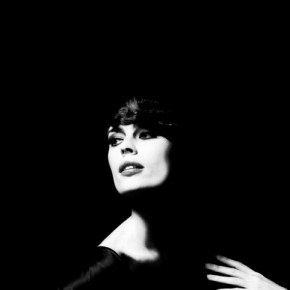 Studying the subject closely helps him decide what style to adopt. Photograph/Sunil Raju 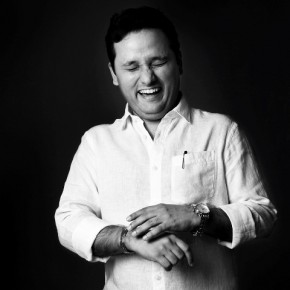 This is Amish Tripathi, writer of the popular Shiva trilogy. For Sunil, the challenge lies in combining commercial demands with spontaneity. Photograph/Sunil Raju 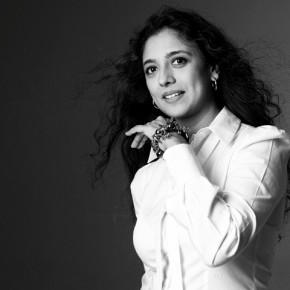 According to him, no matter how someone presents themselves, the person behind the camera translates the true self. Photograph/Sunil Raju