Can You See Me Now, 2007: Kurt says that he uses the experience of being blind to expand his conceptual expression within the visual realm. Photograph/Kurt Weston

Ambarin Afsar speaks with Kurt Weston in an attempt to decode a visually impaired photographer’s life and to record his testimony.

Born in Chicago, Illinois, USA, in 1957, Kurt Weston has spent nearly two decades of his life battling with a deadly virus and the disabilities caused by it. “In 1991, I was diagnosed with AIDS and in 1996, I became legally blind due to a related condition called Cytomegalovirus Retinitis.” He informs that he is completely blind in his left eye and has limited peripheral vision with no central vision in his right eye. However, turning his disability into a unique way of witnessing the world, Kurt notes, “My limited visual acuity permits me to see the world much like it appears in an impressionist painting.”
Due to the AIDS virus, Kurt experienced a condition called Kaposi’s Sarcoma, which produced purplish-red lesions all over his face and body. This condition made it evident that he was suffering from AIDS. and consequently, caused him to experience the stigma associated with the disease at that time. Interestingly, Kurt believes that these scars, this inscription of his illness and the resulting disability has become a driving force behind much of his photographic work.

Self-Exploration and Expression
Kurt wishes to create images that express the world of the visually impaired. His personal struggle transforms into selfportraits and the struggles of the disabled are voiced in strong, conceptual images. “My images stem from my own experiences and the people I have come across in my life, at various points in time. My life is intense and has pushed boundaries, so I want my images to do the same.” This theme of loss and self-discovery is evident in most of his photo-series—Blind Vision, a series of self-portraits, is on Kurt’s inner journey and his fears about becoming completely blind; while Silhouettes and Shadows conveys the fever-induced dreams of those suffering from AIDS.

From Club Land to Education
Kurt’s work has an engaging social commentary on the world around him. This clear perspective was evident even when Kurt shot his first photo-series between 1983–1991, titled Club Land, which explored the world of discotheques Shot when Kurt was a budding fashion photographer, the series represented nocturnal and artificial club culture. “The artificial life of Club Land was compelling for its strange beauty, theatricality, vibrancy and energy.” This clear view of things and society, which continued even after the diagnosis of his illness, can be seen in all of his photo-series.
A Bachelor’s degree-holder in Fashion and Merchandising as well as Fine Arts, Kurt worked with Frank Misek, a well-established commercial photographer and Pivot Point International, a Chicago-based school for hair design and makeup techniques. Kurt worked for the hair design school until 1993, which was when his eyesight began to fail.
Previous education in the fine arts and photography propelled Kurt towards a Master’s degreeso that he could achieve his dream of becoming an educator. “Getting a Master’s degree would allow me to expand a body of work and would also give me the level of education required to become an educator. I could share my technical knowledge of photography with students passionate about this amazing art form. ”
Kurt got his degree in 2008 and is now working as an educator of photography at the Huntington Beach Art Center California. From documenting young, narcissistic club-hoppers, fighting with his own vision loss to teaching photography, it has been an arduous, yet fulfilling journey for Kurt.

An Insider Reports
Kurt feels that he has an insider’s perspective on the issues faced by the disabled and wants to share this perspective with the world. The arts have given him the opportunity to politically and socially represent his own disabilities as well as the disabilities of his subjects. “Being disabled in society lends me a perspective on marginalisation, exclusion and forms of oppression.”
Kurt compares his photo-documenting with the efforts of noted American photographers Larry Clark and Nancy (Nan) Goldin, who documented certain subcultures of society. Clark and Goldin presented the world with blatantly jarring autobiographical pictures on their own turbulent lives as well as those of others. They shocked society into sitting up and taking notice of crucial issues such as drug abuse, underage sex and violence. Kurt feels that his work is of a similar nature. “I have produced powerful participatory documents from a marginalised world. But, I am no voyeur; my images are an insider’s reports.”

Introducing the Unseeing World
One of Kurt’s aims has been to extend these expressive, two-dimensional photographs to the visually impaired and completely blind. He was also keen on creating awareness about the way in which the blind perceive the world. It was this world that he wanted to introduce to the sighted viewer. To achieve these aims, he made a series called the Touchable Photographs, in 2004. The subject matter in the images was highlighted by a raised, touchable line, accompanied by audio descriptions of the art. “Sighted viewers appreciated the cut-out effect and many touched the artworks with their eyes closed. They envisioned what it would be like to be blind and experienced an image only through touch and audio.”
In another project called Visual Assist, Kurt aimed to explain how a visual aid or prosthesis can either help visually impaired person view an image or can act as an obstacle. “While magnifying and vision assisting devices are of great benefit in helping me negotiate vision loss, they tend to be cumbersome and awkward. As a part of this series, I created a video called ‘Paper Doll’ which portrayed a humorous perspective on the same.” The video shows a spectator using vision devices to view the performance of a doll to the 1940s song, Paper Doll. When the series was exhibited at the Kennedy Center, Washington DC, participants could watch the video through holes in a partition, much like peering through vision prosthesis.

Chemistry in the Studio
Kurt likes to shoot a lot of frames to get the perfect picture, two develop the right mood for the image and to create proper aesthetics. Interestingly, he uses a flash meter to estimate exposure, just as a sighted photographer would.
“Chemistry develops between the sitter and the photographer, nurtured by a lot of image-taking. I liken the portrait session to a dance synchronised to the click of the shutter. The perfect frame is the one that grabs you—an alchemy of light framing and emotion.” Kurt prefers B&W photography while creating portraits. For him, colour can be distracting in a portrait. “I want the viewer to focus on the form of the individual—the details of flesh and bone. This form needs to emphasised by the lighting and not by the colour of the environment or the clothing.”

The Act of Witnessing
Kurt’s work acts as a witness to the physical, psychological and emotional turmoil of sight loss and reflects the battle with a debilitating condition. “My art has been a unique vehicle for my expression throughout my life, particularly now, when I am living with AIDS and vision loss. I desire to continually create and expand a body of work which will raise consciousness about disability, vision loss and the fragility of the human condition.” Kurt’s visual condition and his AIDS are now stable, thanks to anti-retroviral medication.
There is so much life in Kurt Weston that one cannot possibly bottle it and put it all down on paper. Though Kurt himself says that it has been a bitter battle, all that shines through is his spirit. He goes on documenting the realisation of loss and the shattering of façades. A viewer who is numbed and desensitised by a daily onslaught of violent images, is moved to an overpowering and unnamed emotion when presented by Kurt’s images. And why not? How can you not differentiate between provocative and evocative? How can you not be moved when someone bares their soul to you with unflinching honesty? 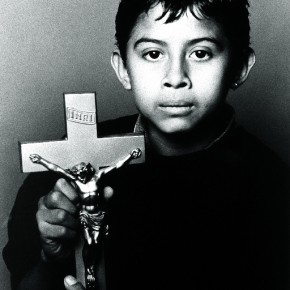 The Christ Bearer, 2000: This image is a powerful and beautiful portrait of a sombre-eyed Latino boy, whose parents have died of AIDS. Photograph/Kurt Weston 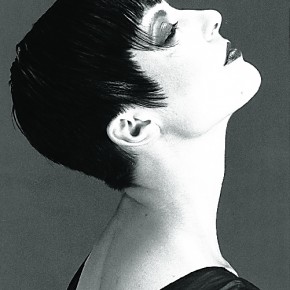 The Swan, 1989: This image reflects the strange beauty, theatricality and vibrancy that Kurt found in club culture. Photograph/Kurt Weston 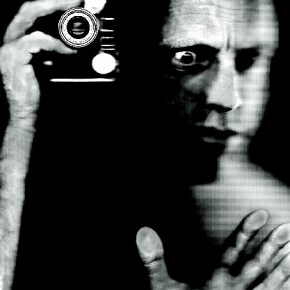 The Vision Machine, 2007: This self-portrait is symbolic of Kurt’s belief that one can form a unique vision beyond the realm of sight. Photograph/Kurt Weston 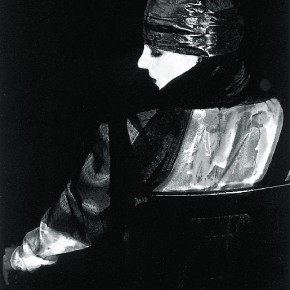 20’s Vogue, 1987: Kurt enjoys manipulating film, chemistry and paper. This image has been subjected to bleaching and redeveloping. 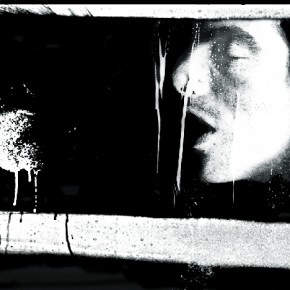 Blind Vision, 2003: Kurt believes that although his physical sight is diminished, his artistic vision or his blind vision is enhanced.Photograph/Kurt Weston 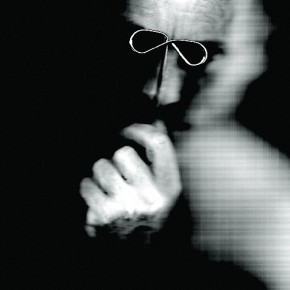 Can You See Me Now, 2007: Kurt says that he uses the experience of being blind to expand his conceptual expression within the visual realm. Photograph/Kurt Weston 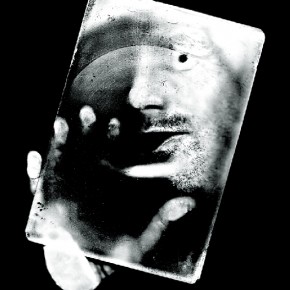 Cataract View, 2007: This image is from Kurt’s series of self portraits, Blind Vision, which represents the physical, psychological and emotional turmoil of sight loss. Photograph/Kurt Weston 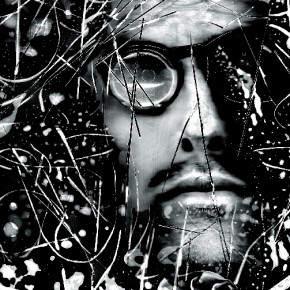 Floaters, 2007: The image is based on the story of the Greek sage, Tiresias, who could foresee the truth underlying human relationships. Photograph/Kurt Weston 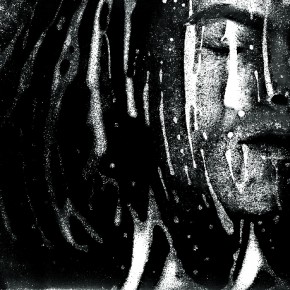 Journey Through Darkness, 2003: This evocative selfportrait has been created with a flatbed scanner. Photograph/Kurt Weston 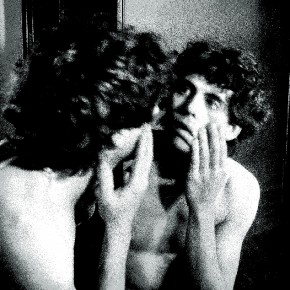 Reflective Realisation, 1992: This image is from Kurt’s series ‘Silhouettes and Shadows’, which represents the ghosts and angels brought on by his AIDS-induced fever dreams. Photograph/Kurt Weston 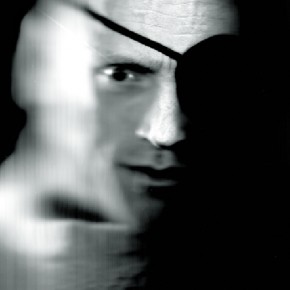 Kurt Weston. A self portrait.