Iman Al-Dabbagh: Where is Layla? “There are only so many pictures of toes and fingers I can put up,” says Iman on the need to come up with new ways of photographing her daughter without revealing her identity. Photograph/Iman Al-Dabbagh Iman Al-Dabbagh gives Conchita Fernandes an intimate and humorous view of what it’s like, running behind a toddler who is always full of surprises.

The best time to be a child is when you are just about learning to walk, and are on the threshold of forming words in your mouth. You are the bravest at this time, trying to flex your muscles into letting your tiny legs lift you inch by inch, till you stand upright. You are also the most eloquent, screaming out monosyllables, hoping that someone comes running and picks you up. You are adventurous and quite the traveller too, crawling and finding your way along the various nooks and crannies of your home.
All of these are important milestones that unfortunately turn into fuzzy and irretrievable memories, the older we grow. But not in the case of three-year-old Layla, whose mom, Iman Al-Dabbagh, has been busy creating a photo journal for her. 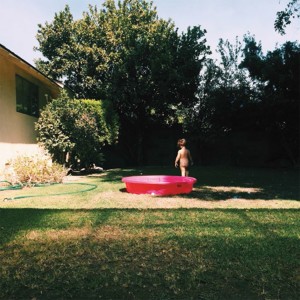 She talks about how one shouldn’t be fooled into thinking that her life is perfect, based on her Instagram feed. “At best, life is a beautiful mess at home,” she says. Photograph/Iman Al-Dabbagh 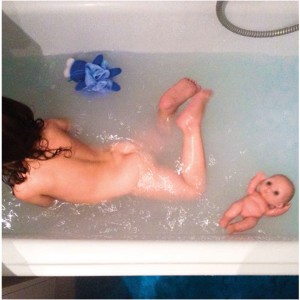 She finds Instagram’s censorship policy to be hypocritical. She says, “It is incredible how it’s okay to have highly suggestive photographs floating around, but not innocent pictures of children.” Photograph/Iman Al-Dabbagh

Now You See Her, Now You Don’t
Iman’s Instagram feed gives you a glimpse into a toddler’s life. From elaborate, funfilled bubble baths to frequent visits to the lake, from chasing bugs in the garden to more. But after a while, you notice that something is different, and this is when it hits you that you don’t quite know what Layla looks like, even though you have seen several pictures of her. It feels as if the photographer has deliberately left it up to you to create a portrait of her child, by giving you bits and pieces of her.
“When I started photographing Layla, I was keen to share the pictures on Instagram. However, my husband and I decided early on that if we are going to share the pictures, we would do it in a way where a part of her was obscured, to give her some sense of privacy.” This seemingly contradictory thought eventually kickstarted the Where’s Layla? series.

The obscurity, Iman explains, has attracted a lot of attention. Her Instagram followers are curious and want to know what Layla is up to. And while Iman appreciates this, she also finds herself amazed at times. “I was once travelling with my family for a wedding, and a lady looked at my daughter and pieced together my photos. She exclaimed, Is this Where’s Layla? Although she was a relative’s friend, I was still surprised,” she recounts. When she joined Instagram, Iman enjoyed the interaction she had with strangers. The feedback that she received on her images has helped her develop as a photographer.Photograph/Iman Al-Dabbagh

The Colours That Make Up Layla
Like most toddlers, Layla gets irritable at times, and is quite aware of when her mom reaches for the phone to shoot. In times like this, a quick survey of her face is enough to inform Iman whether it is a good time to make a picture or not. At the same time, Layla’s humorous side makes up for all the intensity she brings when she is cranky and upset. “My friends find her hilarious because she manages to make us laugh by doing these little witty things,” she says. 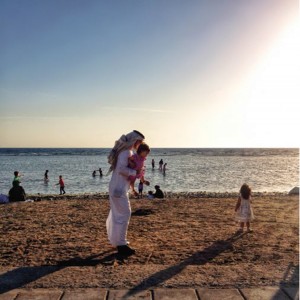 One reason why she likes the idea of journalling with photos is that she isn’t dedicated enough to pen her thoughts down in words, instead, preferring a visual diaristic approach. Photograph/Iman Al-Dabbagh 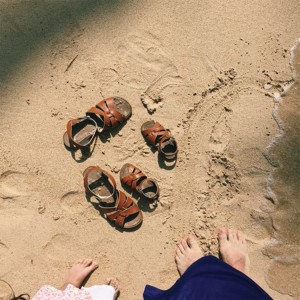 She considers herself a perfectionist, and often revisits old Instagram posts to edit and curate her own feed, deleting those that she thinks stick out. Photograph/Iman Al-Dabbagh

A New Platform to Share Photographs
Iman photographing her daughter was an extension of something that she did several years ago. Back then, she had created an online photo journal on her website, open to only close friends and relatives. Here, she uploaded pictures of everything… the food she ate, the people she encountered, of road trips and more. However, she wasn’t doing much with the photographs. They were transferred onto hard disks and forgotten. “It was just an innate need to document. No agendas or preplanned ideas.” While she shoots several photographs in a day, she is extremely selective and critical about what she uploads online. Iman also dislikes it when people share several similar-looking photographs or when they overshare. Photograph/Iman Al-Dabbagh

This changed after a playful encounter with her husband’s iPhone. “It transformed the way I saw the world around me. It was completely different from the depth that I was used to in a DLSR, where in the phone, everything was in focus and two dimensional.”

“One of my favourite photographs of Layla was when she was four months old. When I was breastfeeding her, she just looked up at me. It was so special. I made a photograph of just one eye.” To be absolutely sure that her daughter’s identity is private, Iman is careful about when she uploads new photographs. She is wary of online miscreants and problems that come with it. Therefore, she never shares images immediately, and only after several days or weeks. Photograph/Iman Al-Dabbagh

Finding Commonality in the Obscure
When asked what she hopes for Layla to take away from the series once she is grown up, Iman responds, “I hope she appreciates that her toddler years were documented. But I also struggle with the whole privacy thing. I don’t know how she is going to react several years later, when she sees intimate pictures of herself in say, the bathtub.”

“Do you remember the Where’s Waldo children’s book, where you had to locate the character? In a way, it inspired the name of the series Where’s Layla?”

Her deep concern for privacy has influenced her composition in ways that deeply affect the way in which we look at her photos. Obscurity breeds familiarity, even universality. Since you don’t know what Layla looks like, the young toddler in the photo could be anyone you associate with, a daughter or a niece or even your grandchild. The lack of identity almost makes people relate more to the work. That said, the several jigsaw pieces that Iman builds up, are a way of engaging with piecing them together, trying to decipher the mystery and persona of the child within these photos. It almost feels like an invitation into her home, where we are all called to be a part of Layla’s wonderful games. 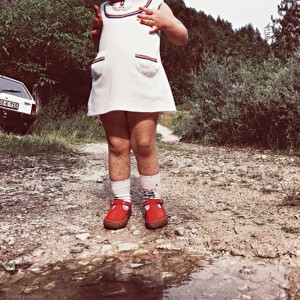 Just like her mother, Layla enjoys making photographs as well. She occasionally leaves surprises on her parent’s phone, and sometimes even manages to upload them on Iman’s Instagram feed. Photograph/Iman Al-Dabbagh 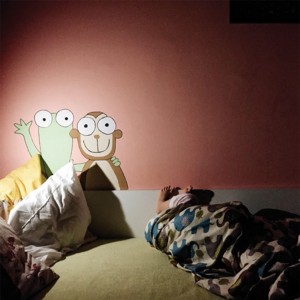 Images that follow the light are always the most compelling ones, is an advice she’d once received, that she truly believes in. Photograph/Iman Al-Dabbagh

About Iman Al-Dabbagh
Iman Al-Dabbagh While shuttling between Jeddah and Sarajevo, Iman works on personal documentary projects that relate to ethnic and national identity, displaced people, and women in Saudi Arabia. Besides documenting the everyday shenanigans of her toddler, she also does commercial assignments, photographing children, weddings and maternity shoots. She has a special fondness for dystopian themed movies and books like Animal Farm, 1984, and also Kahlil Gibran’s Spirits Rebellious.