Asis Kumar Sanyal enjoys telling stories by photographing people from all walks of life. He shares his experiences with Aditi Dharmadhikari.

His words, like his photographs, are deliberate and ingrained with a distinct realism. From the fluid and expressive, to the gritty and realistic— Asis Kumar Sanyal’s photographs are every bit as versatile as his favourite subjects. Humans, in all their emotional and cultural glory, draw him in like bees to honey.

The Nostalgia of School Days
He recollects his first encounter with photography slowly and thoughtfully. “I remember my early school days vividly when I fell in love with a chapter from my Physics textbook,” he reminisces fondly.

“My tryst with photography began the day I witnessed the creation of a picture through chemical reactions in a laboratory. What I saw was magical! I knew this was something that I would be driven to pursue ultimately.” This self-taught photographer pegs down that moment as a crucial milestone in the path to his present status.

“Perhaps the universe understands what I wish to capture.”

The Transition Phase
Sanyal arrived at a life-changing decision in 2000. He opted out of his job with Bank of India and took voluntary retirement. “It was a big step for both my family and me. But I realised I needed to give photography my 100% in order to excel at what I loved,” shares Sanyal.

“I spoke to my wife before I did this, and she asked only two things of me—that we could have two square meals a day, and that my son’s education would not suffer. I promised her both of these things, but also explained gently that perhaps I might not be able to take her for too many car drives anymore.” Asis recalls the last instance with an endearing, fond chuckle. As it happens, he would, over time, succeed in keeping both his promises to his wife. Cause for Celebration
“I’m fascinated by the sheer diversity of people! This is why I find festivals very interesting.” declares Sanyal earnestly. “Festivals are a communion of people coming together for a collective purpose. The colours, the crowds, the music—it is the spirit of these moments that I really love capturing.” He is constantly amazed by people’s tenacity to keep age old traditions alive. Regardless of whether he is capturing urban decay, landscapes or even a foreign dance form, he has developed a knack for getting to the crux of the subject.

“It is important to make it evident that you have no intention of violating people’s privacy.”

Observations Fuelled by Wanderlust
Having travelled widely, Sanyal makes a keen observation about recurrent themes in festivals celebrated in countries separated by countless miles. “Peru was an enlightening destination,” he shares. “I was not familiar with the language, yet mere gestures and eye contact sufficed for me to communicate with the people there. In fact, I was even able to make pictures of the legendary Lord of the Miracles procession in Lima, the capital. The main Catholic festivity in Peru, it is one of the biggest processions around the world. Capturing this was a great honour as few photographers are allowed to partake of this event.”

Sanyal likes to put incidents like these down to good luck. He remarks thoughtfully, “Perhaps the universe understands what I wish to capture. What was even more intriguing, is that people so far apart still seemed so familiar! Their festival struck me as uncannily similar to our very own Durga Puja! They had towering idols of Jesus Christ in their streets and while we have similar idols of Goddess Durga in ours. All of this, coupled with the people celebrating joyously on the streets made me notice the parallels which were all too evident.”

Dealing with Comfort Zones
I understand the fascination that people hold for him as subjects. However, do all of them take kindly to finding themselves looking down the barrel of a lens? “After years of photographing people, I think I have developed a certain eye to discern whether taking out my camera is a good idea,” explains Sanyal. “I observe my subjects, and can anticipate their reactions. I make sure I keep a respectful distance at the beginning. It is important to show that you have no intentions of violating their privacy.” Sanyal recounts a few tales of photographers being shunned from rural areas. He takes a vehement stance on the matter, “I would say it is completely the photographers’ fault. There are certain ethics that we must follow.”

The Colour Debate
Monochrome is often believed to portray landscapes or urban decay more evocatively than colour. What is Sanyal’s take on the matter? “Ultimately, it depends on where the image’s appeal lies. Some images speak more eloquently when made in colour. On the other hand, stark emotions are brought out with greater clarity in monochrome.” He has a knack for drawing the viewer’s eye to the peak of the action. Photograph/Asis Kumar Sanyal

Simple Charms
Sanyal has indeed come far from where he began. Initially, a hobbyist photographer, he was only keen on developing and printing pictures. However, now that he has explored the demographics of India, he has plenty of firsthand experience with the less privileged section of society. This has helped him emerge as a more socially sensitive person. “I have seen the extent of poverty in our country. What is amazing is how happy people are in villages!” Sanyal says that he gave the matter some thought and then came to a few personal revelations. “ I realised that happiness cannot be purchased with money, it is an internal thing.”

Of Opening One’s Eyes
However, seeing so many people deprived of basic necessities due to poverty, led to Sanyal starting an NGO, called Kholo Aankhi, with 11 of his ex-colleagues from Bank of India. The Bengali term ‘Kholo ankhi’ means ‘open your eyes’. This organisation aims to grant primary constitutional rights to the marginalised. The NGO also distributes textbooks to children and provides free tuition support to higher secondary students.

As I listen to him speak, it is quite evident that the simplistic charms of rural life truly seem to have won him over. He recounts tales of their warm receptions and earnest offerings of tea with indulgence and fondness. Indeed, through his photographs, he urges viewers to open their eyes to the same innocence. •The background is the foundation of a great photograph.

• Take a lot of pictures and criticise them ruthlessly. Over time, you will switch from quantity to quality.

About Asis
He enjoys Indian classical music and films by Ritwik Ghatak and Satyajit Ray.He has won the BP Golden Roll Contest, 2009, as well as the Man and His Environment theme in Photographer of the Year, 2011.

To see more of Asis Kumar Sanyal’s work, you can visit www.asissanyal.com

This article originally appeared in the August 2012 issue of Better Photography. 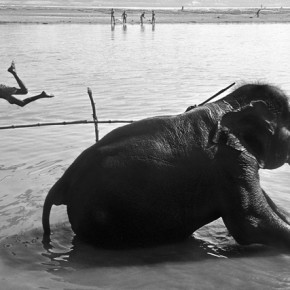 He employs monochrome when the action or emotion in frame has enough impact to speak without colours. Photograph/Asis Kumar Sanyal 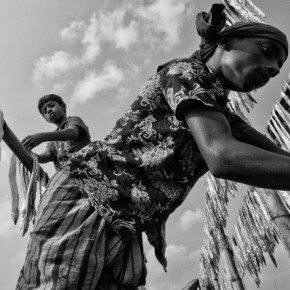 He explores innovative camera angles to emphasise the mood of the situation. Photograph/Asis Kumar Sanyal 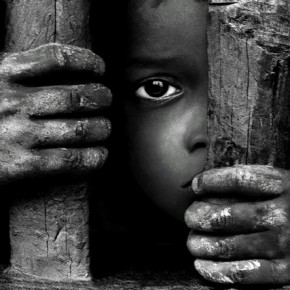 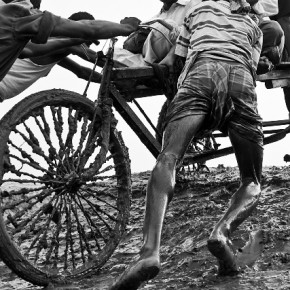 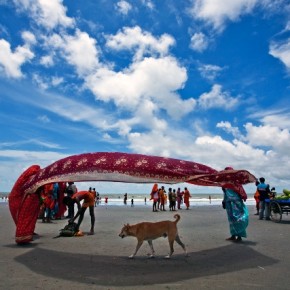 He delights in zeroing in on the simple joys of everyday life and celebrating them with his photographs. Photograph/Asis Kumar Sanyal