Light plays a strong role in Evgen Bavčar’s images and can be seen as a repeating motif in almost all his work. Photograph/ Evgen Bavčar

Much like a magician sweepshis magic wand around and creates wonderful miracles, Evgen Bavčar, creates fantastic photographs. Why do I equate him with an illusionist or a magician? Because even people who can see, cannot put their imaginations so perfectly down on a piece of paper as Bavčar does, who lost his eyesight completely when he was twelve. It seems so miraculous that you cannot help but imagine him as a wizard, concocting potent images that bewitch the world.

Early Romances with the Camera
Born in 1946 in Slovakia, a part of the former Yugoslavia, Bavčar lost his eyesight in two consecutive accidents when he was 12. When he was 16, he laid his hands on a camera for the first time to take a picture of the girl with whom he was in love. “I derived pleasure from robbing and fixing something that did not belong to me, on film,” he recalls. It is probably this skilful capturing of the fleeting moment that makes him seem almost magical.

Seeing with His Inner Eye
How does he see, feel the world around him? How does he know which moments to capture and which ones to immortalise? “I see with my soul,” he says. “The soul is the best camera and sometimes, even the best telescope.” To him, seeing with his soul is like seeing with a third eye or an inner eye. “This is the eye we use to see our dreams and imagine our future.” He feels that this third eye is the eye of fantasy and creativity and helps him see the invisible world. In essence, even though Bavčar is sightless, he still has the power of his imagination, the power of his dreams.

Understanding the Spirituality of Light
The whole world is a camera obscura for Bavčar. But, he feels that sometimes there is too much light to make great photos.“ We live in a world with too much lighting, but not enough light.” Bavčar differentiates between ‘lighting’ and ‘light’ by explaining that lighting is something that is physical. However, he feels that light is something that is created by the human spirit. It is the goodness and the creativity of humans that lives for centuries.

Painting with Light
Commenting on the fact that most of his images seem to have been either shot at night or indoors, Bavčar says, “ My images come from an internal world—from galleries, from coal-mines—where I, much like a miner, dig for this precious substance I call light.” Most of his images are taken in darkness as he feels that darkness is necessary for us to understand the importance of light. “I have not seen the light of the world or even its lighting for more than 50 years. But I still remember this light and I try to keep it in my memory.”

A Musical Relationship
Music inspires Bavčar and he has also taken photos of musicians with instruments. He says that he cannot imagine the world without music. However, music also evokes mixed feelings within him. “Music is a painful thing for me. It reminds me of all the blind people who played music while begging for their survival. Sadly, this has continued for centuries and remains the case, even today.”

Mirroring his Childhood
Bavčar’s childhood was only 12 years long.Yet he has preserved each of his visual memories. He believes that his childhood is a special mirror that gives him all the raw material needed to create images. “The colours I could once see, serve me as a palette for painting the world. The faces that I saw in my youth—such as the faces of the people of my village, are the first and the last model faces of all humankind for me.” In the church of his village, Bavčar can see all the churches of the world. The same applies to reflections, trees and even the tiniest of things.

Arriving at the Perfect Image
How does he determine that one particular image is the perfect frame? He replies that he tries to achieve the best result from the very beginning. “The first idea or the view of the inner eye is very important. After the idea, I need to consider how to realise it. When I make portraits, I need to know how ready models are for shooting in the darkness. Hence, the description of the images is an important stage of the work.” He needs someone to describe the frame that he is about to shoot and the frames he has shot. All these processes take a lot of effort and are crucial to reaching the perfect image.

Fond Inspirations and Aspirations
Many things inspire Bavčar—from songs sung to him to memories or distant images from his childhood. Currently a resident of France, Bavčar enjoys travelling and telling stories about new places and countries. “ If there was an opportunity, I would take photos of the trees in the botanic garden of Rio de Janeiro.” Not just this, Bavčar also wishes to photograph statues such as the sculptures in Indian temples. He likes shooting swallows, butterflies, flowing water and would also like to shoot dancers. As a “63-year-young man”, as he likes to call himself, Bavčar is so full of life. He enjoys poetry, music, the arts, and the beauty of the world and tries to capture the goodness of people in his camera. He is a philosopher and a gentle teacher, from whom one can learn about the various hues of life and photography. I cannot help but feel awed by the fact that he has packed in so much into a fragile frame. From Evgen Bavčar, I step away having learnt about the magic of life, the beauty of the light and dark within human beings and the camera obscura of our lives.

• Prepare the theme of your photos in advance and adjust technical elements accordingly.

• L earn from your mistakes and understand that nothing is perfect in the world.

• Look for beauty constantly, all around you.

About Evgen Bavčar
• Evgen is a writer, a lecturer and a little bit of a poet. He feels that he would have been a musician if not a photographer. He could teach a piano accordion or any other instrument.

• Bavčar’s first camera was the Zorki 6 that his sister Maria had bought for herself.

• He also likes writing about time; for instance, a piece on Berlin twenty years after the Fall of the Berlin Wall or even a historic view of the last 20 years as he experienced them. 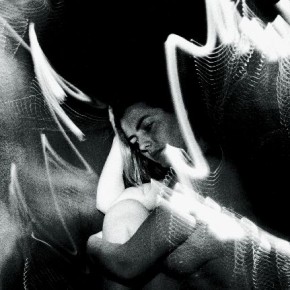 The nudes shot by Bavčar have often been compared to the nudes in the works of famous European painters. Photograph/ Evgen Bavčar 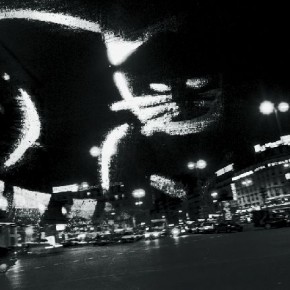 Animals often signify the spirit of the night-life of a city for Bavčar. In this particular instance, Bav ar found the nights of Paris, France to be similar to cats. Photograph/ Evgen Bavčar 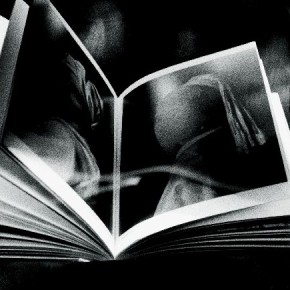 People often find themselves reflected in Bavčar’s photos. The artist himself believes that his portraits are a gift to the mirrors of people all over the world. Photograph/ Evgen Bavčar 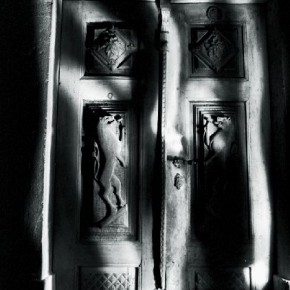 This is the door of the room where Bavčar’s mother was born. He light painted the door frame to revere his mother’s place of birth. Photograph/Evgen Bavčar 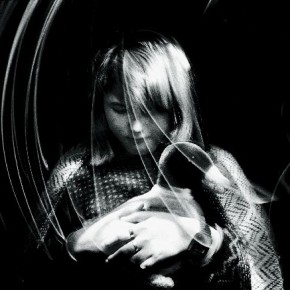 Bavčar has a penchant for the surreal, illusory and philosophical. So, this portrait is a wonderful representation of Bavčar’s dreamlike concepts. Photograph/ Evgen Bavčar 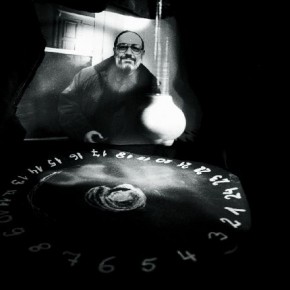 This is a portrait of Umberto Eco, the Italian philosopher and famed novelist, with an artificial pendulum. Eco has written a book titled Foucalt’s Pendulum, hence Bavčar created a portrait of him with a pendulum. Photograph/ Evgen Bavčar 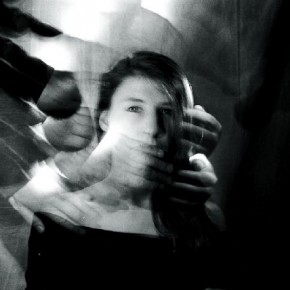 Sometimes, the vision in Bavčar’s mind and the final picture might not turn out to be identical. However, it is this dissimilarity which makes his images more special. Photograph/Evgen Bavčar 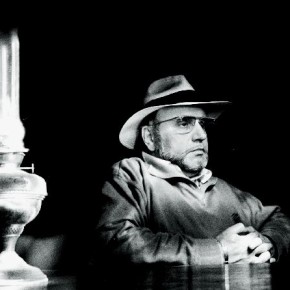 This is a self-portrait of Evgen Bavčar and portrays his effort of trying to capture the inherent goodness or the ‘light’ within people. Photograph/Evgen Bvčar 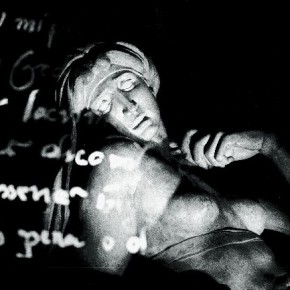 Light plays a strong role in Evgen Bavčar’s images and can be seen as a repeating motif in almost all his work. Photograph/ Evgen Bavčar