Victor Necho talks to Conchita Fernandes about a significant detour in his life and what finally led him to take up the cameraphone. Victor’s interest in architecture and interior design has enabled him to develop an eye for scenes incorporating the two. Photograph/Victor Necho Victor Necho spent 15 years doing commercial assignments after which he quit.Since then, Victor has done all kinds of odd jobs, from working in a restaurant to washing cars, to driving a tuk-tuk in his native Portugal.

Think of the last time you went out to shoot in the street. How involved were you with the moment unfurling before your eyes? To what extent did you let the scene take over your senses? The thing about the street is that it is always brimming with so much life and vigour that with every blink of the eye, there is always a tiny sliver, an important part of the ongoing moment that is lost. You’ve got to be at least a little obsessed, and cut away all the distractions to be able to spot them.

For Victor Necho, there came a point when he realised that there were too many diversions and interferences in his life. “I was always lugging around several cameras and lenses,” he said. Even the assignments that he worked on seemed repetitive and monotonous, and slowly, the romanticism that he had once come to associate with photography, seemed to dissipate. So he stopped shooting and sold all his gear. For 10 years he did not pick up a camera, that is, until about four years ago when he realised that the phone in his pocket could do so much more. From then on, the cameraphone became a permanent fixture in Victor’s hand, as he gradually developed an obsession with everything that the street had to offer.

Harbouring an Intense Love
There isn’t a single day when Victor is not photographing. “I’ve always felt better on the street. Its unruly momentum is what I find extremely invigorating,” he said. He is so invested in it that you can almost sense a certain rush, a kind of urgency that hovers over his pictures. His photographs do not always constitute people and their interactions on the street, but of everything that meets his eye. It could be a wintry landscape, or an arrangement of oddities at the local flea market, or the coming together of forms, colours and shapes… For Victor, there is something to unravel everywhere. “I am a complete mess,” was his response when asked about the diversity in his subjects. “I don’t pay too much attention towards what I shoot. And neither am I bothered about where my pictures ultimately end up. What’s important is that I am constantly seeing and photographing.” He enjoys visiting flea markets and can spend hours observing the oddities and arrangements on display. A lot of his still life photographs have emerged from such visits. Photograph/Victor Necho

Moving Out of the Box
“When I first began shooting, I was always told to be disciplined. But the rules don’t matter to me anymore. I don’t want to be constrained. Now, I prefer to be fluid and instinctive, allowing my senses to seize the moment, or letting the moment find me. It is a gamble, and I enjoy the fact that I don’t know where or what my next photograph is going to be.”

“I am also a very impatient man. I don’t spend a lot of time composing or planning my shot. You’ve got to be quick. Sometimes what I like to do is place my phone against the window of the car and shoot in the burst mode,” he said.

Having a Plan for Every Photograph
When editing his pictures, Victor is quite heavy-handed, and also reasonably patient. They’re often a result of several layers and hours of peering over the screen of his phone. But, editing can be tricky, especially with the plethora of apps offering filters and effects that could easily turn pictures into images that they’re not.

“I am aware that it is very easy to get carried away. What makes my photographs different is the way I treat every single image. I decide on the extent of grain that would compliment the photograph, or how saturated the colours should be, or deciding whether the image would work better in black and white or colour. You have to look at every photograph individually,” he said. While it is easy and rather tempting to go overboard while processing photographs, Victor has a simple solution for it, “I stop editing when I stop liking the picture.” Photograph/Victor Necho

Talk Less, Listen More, Think
Victor’s approach to photography is one where it’s just him and his camera. He is so committed to the process that everything else becomes secondary. He’s always walking, constantly on the move, driven by an insatiable hunger to make the images he has always wanted to. “Talk less. Listen more. Think,” is his advice to anyone interested in the art. This recklessness has left him with very little time to assess all the photographs that he has shot over the years. Recently though, he finally decided to create little prints of his photographs. “I am not sure what I am going to do with them. Maybe they’ll end up on a wall somewhere, someday. 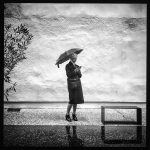 Since Victor is always on the go, so are the subjects that he photographs. Even when he shoots them stationary, there’s a sense of movement in the picture. Photograph/Victor Necho 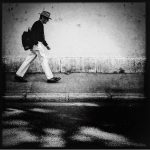 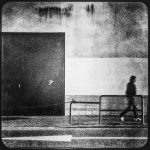 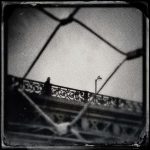 extures and forms, along with human interactions forms a large part of his imagery. Photograph/Victor Necho 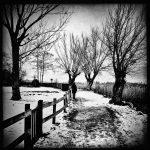 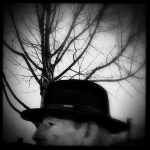 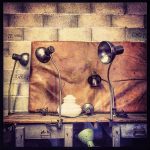 Words have always evaded Victor. “I find it very difficult to caption my photographs. I suppose this is good, in a way, as I can let the viewer experience the photograph without enforcing my thoughts. For instance, I simply titled this image of lamps as Éphémères, which means anything that is enjoyed for a short duration.” Photograph/Victor Necho 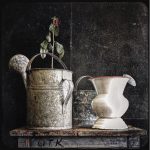 Despite being instinctive with the way he shoots, Victor also allows the aesthetics of his commercial work to seep through in his compositions. Photograph/Victor Necho 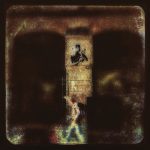 To edit his photographs, Victor uses Hipstamatic and the editing tools on Instagram. Each of his photographs go through at least five stages of processing. Photograph/Victor Necho