It is rare for Veronica to not photograph on a particular day. Even when she was pregnant with her second child, she mentions that her energy levels were always high. Photograph/Veronica Taylor Veronica Taylor travels with Conchita Fernandes to a place of innocence, filled with pink fairytales and toothy smiles, that are sure to warm your heart.

When I look at old childhood snapshots of myself, I am immediately greeted by statuesque photos that my father shot of me. I was made to stand like a pole with my hands parallel to my body, with a half smile pasted on my face. Oddly enough, I am quite fond of those photographs.

When I discovered photos made by Veronica Taylor of her daughter Emalie, the child in me jumped with glee. A part of me wished that I was her, fashionably strutting black and white striped leggings with a pair of pink Converse shoes.

Taking it Easy
Veronica’s images are not just beautiful photos. Those are, in fact, easy to make. The way in which she makes use of the sometimes restrictive square format, is quite commendable. Her composition is almost always spot on. “I’ve been told that I have an eye for photography, but never pursued it as a career. I like the idea of being able to turn that creativity switch on and off as I please.”

She knows how to add the right amount of drama to an image. It is this balance that makes all the difference and the reason why her photos have that little extra magic. Every now and then, something will spark her creativity. It could be another photograph or an idea. But for the most part she tries to capture her daughter in her natural state with the occasional ‘say cheese!’ Photograph/Veronica Taylor

The Actual Beginning
But it wasn’t until the birth of Emalie that Veronica decided to switch on her inner photographer. Then she discovered Instagram, and was intrigued by the thought of sharing her photos with others who were as passionate about photography as her.

Directing Your Energy
However, looking after two young kids can be daunting and time consuming. Veronica however, has never felt the pressure. Of course there are always ups and downs, but she channels this into capturing moments she might have otherwise missed, if say she was angry or upset. Besides, she mentions that the children always keep her on her toes and feeling energetic at all times.

Moods Like the Colours in a Rainbow
Children are not always the blooming flowers that they pretend to be and can be very temperamental. Fortunately, Emalie is quite a laidback kid. “I am definitely no stranger to my daughter’s varying moods. Thankfully she does not mind me and my paparazzi ways.” Veronica mentions that Emalie is a very observant, insightful and curious child, who is not afraid to love. These are the qualities that she loves the most about her daughter. Photograph/Veronica Taylor

Always a Party at Home
“I’m not so sure that I have specific moments or instances that I focus on with my children. Instead, I just capture instances that appeal to me or those that I want to forever remember.”

Her Instagram feed has captured Emalie in every possible mood. From bouncing like a pogo stick to prancing around in her pink ballerina skirt singing Skip to my Lou, Veronica makes you feel like there is never a dull moment at home.

Keeping it Simple
Currently, Veronica is very content with the way she is creating memories with her daughters. “I haven’t really given any thought to sharing my photographs in any other form other than through Instagram.” I find that her photos are quite refreshing and beautifully simple from some of the other artsy and extravagant work on Instagram. I don’t think the world can ever get tired of little girls running out in the open or having daisies for eyes. Her photos are square pockets bursting with Emalie’s personality and child-like enthusiasm, even over the sometimes mundane aspects of life. Photograph/Veronica Taylor

About Veronica Taylor
She is a 26-year-old mom whose universe revolves around her two young daughters. Her knowledge of photography only goes as far as a course she took up in High School. Chocolate is her biggest weakness and she enjoys spending time with family and friends. 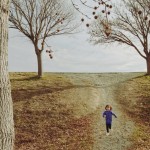 Inspite of owning a digital camera, Veronica prefers to upload work shot with her iPhone. She feels that it gives her photos a more personal connect. Photograph/Veronica Taylor 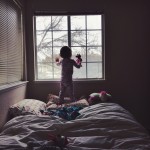 When photographing at home, Veronica prefers to shoot in Emalie’s bedroom because of the large windows and the ample light that enters through it. Photograph/Veronica Taylor 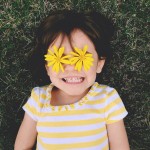 She mentions how her daughter is the sunshine in her life. She feels that her photographs do not do justice to the kind-hearted, smart and caring person that Emalie is. Photograph/Veronica Taylor