How do you take something ordinary and make it exceptional? Val Peter answers this, while in conversation with Conchita Fernandes, where he discusses his expressionistic abstract style. 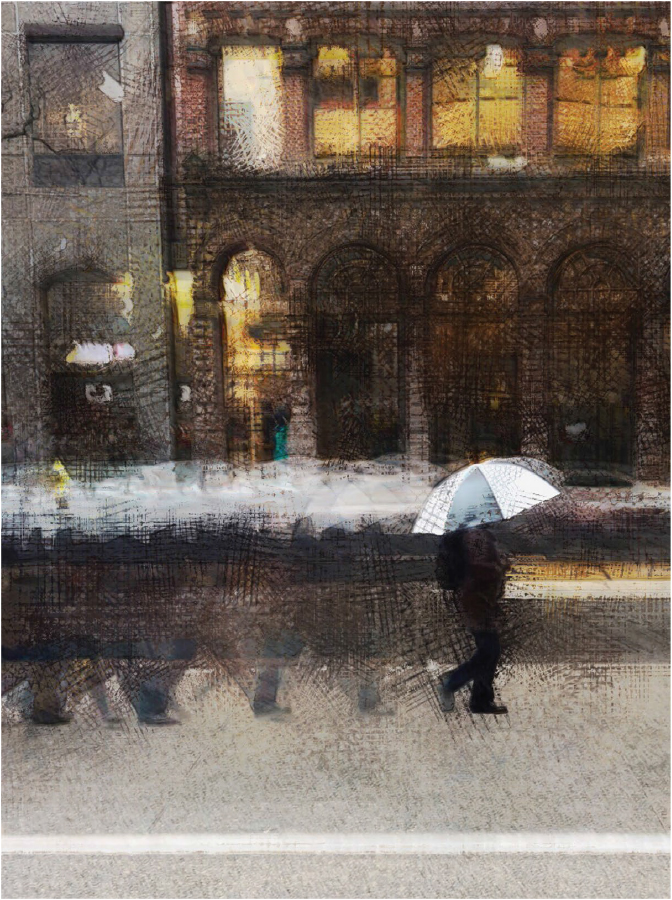 Street photography has always been dictated by its brisk nature. To slow down or to create even a semblance of it would mean going against established norms of what constitutes the genre. But there have been those who have eluded from this to create an illusion of having stopped time. This is not just from the standpoint of the camera capturing a fraction of a second, but being able to get in between that single fraction of a moment, to reveal what lies within. Just have a look at Val Peter’s photographs, and you’ll know what this means.

Capturing People in Intervening Moments
If you’re familiar with Saul Leiter, you will almost instinctively be reminded of his work (photographs that he shot through foggy glass or rain speckled windows) when looking at Val’s photographs. What makes Val’s pictures interesting is the simplicity and ambiguity of the composition, as well as the subject that makes you imagine more, and suddenly. 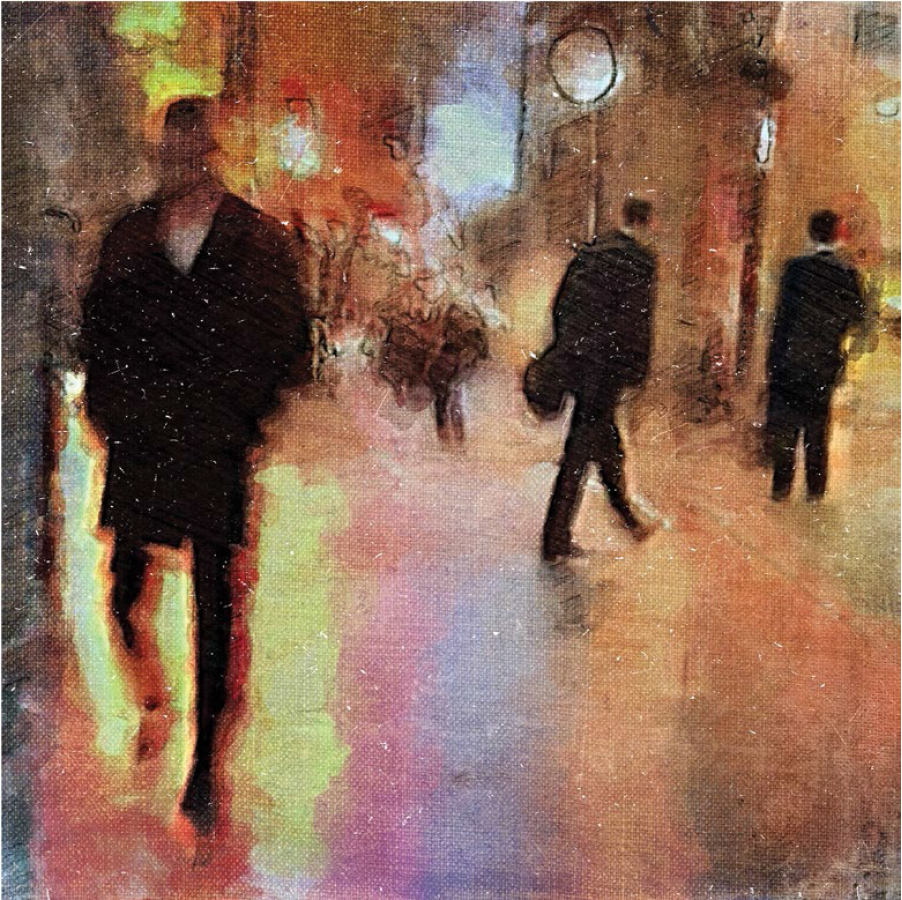 It all began from within the confines of his van. Being an independent broker meant that Val was constantly on the move, and spent a lot of time in his van. Having always been artistically inclined as a child, and later, pursuing creative endeavours in photography and videography (alongside his job), Val inherently took to the cellphone camera and began shooting. This was back in 2013. But where his vision differed was how he chose to photograph. “I used to shoot a lot when the van was in motion. I discovered that when I did this, the phone had its own properties that picked up on the blurring effect, depending on how fast the van was moving. I liked the ethereal look that comes from something that’s unclear. It also helped that the windows of my van were scratched up and had a certain tint to it. It added a filter to the photograph—another layer of obscurity that I was fascinated by. To me, it’s all about exposing that ethos of where magic meets reality,” he says. 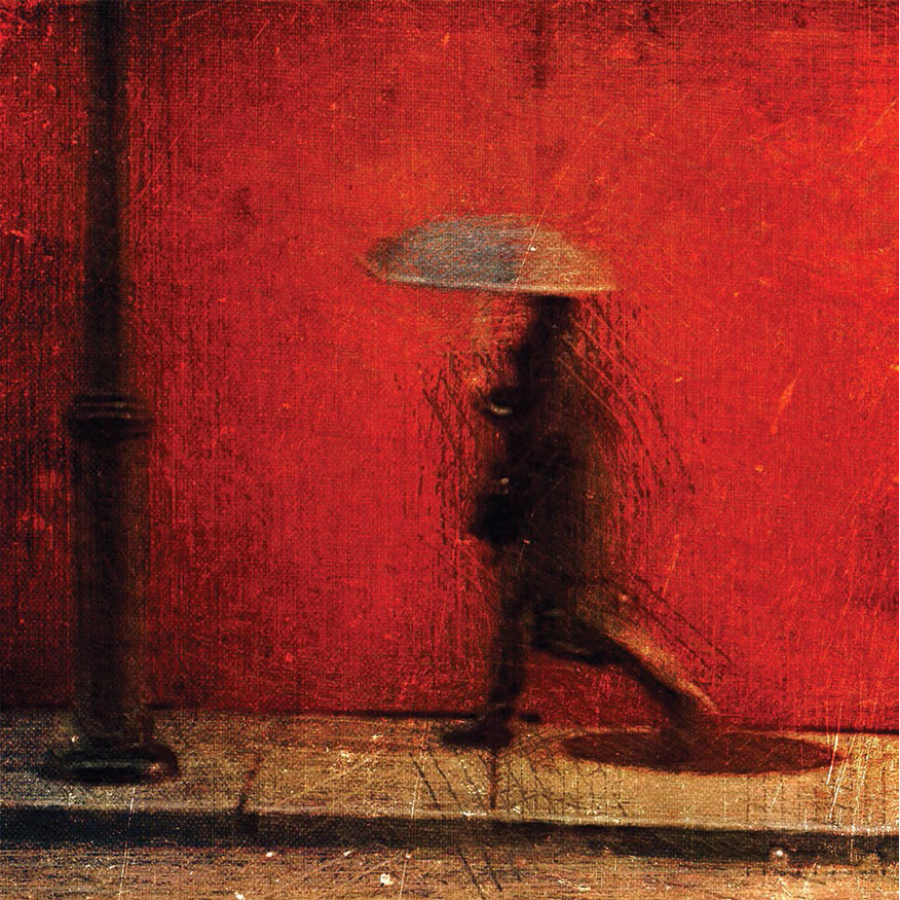 Since then, Val has also taken to the streets, often shooting from the hip or from the side. “If you scroll down and go way back into my Instagram feed, you’ll notice that I used to shoot a lot of minimalistic photographs. I liked that look then, but soon got tired of it. I wanted emotion and energy, which I could only get from people.” But photographing people can be an intimidating ordeal for those unfamiliar with the dynamics that exist amidst the several ongoing moments on the street, and those who are a part of it. This, however, has never been a problem for Val. “When I was younger, I travelled quite a bit. I visited Amsterdam, India and Singapore, among other places. I didn’t have a camera then, but I journaled. A lot of the observations I had made then were of the people that I interacted with. There is a certain purity in body language, beyond what words try to tell us. This helped me understand people,” he says.

Val considers himself to be versatile, when asked whether he prefers shooting from the car or while he’s on his feet. “I think each way has its own beauty and creative magic. When I am on my feet, I am confronting people, and therefore getting more intimate. From the van, it’s usually a side view or a 45 degree perspective. After a while, this gets monotonous, and you begin to crave for intimacy.” 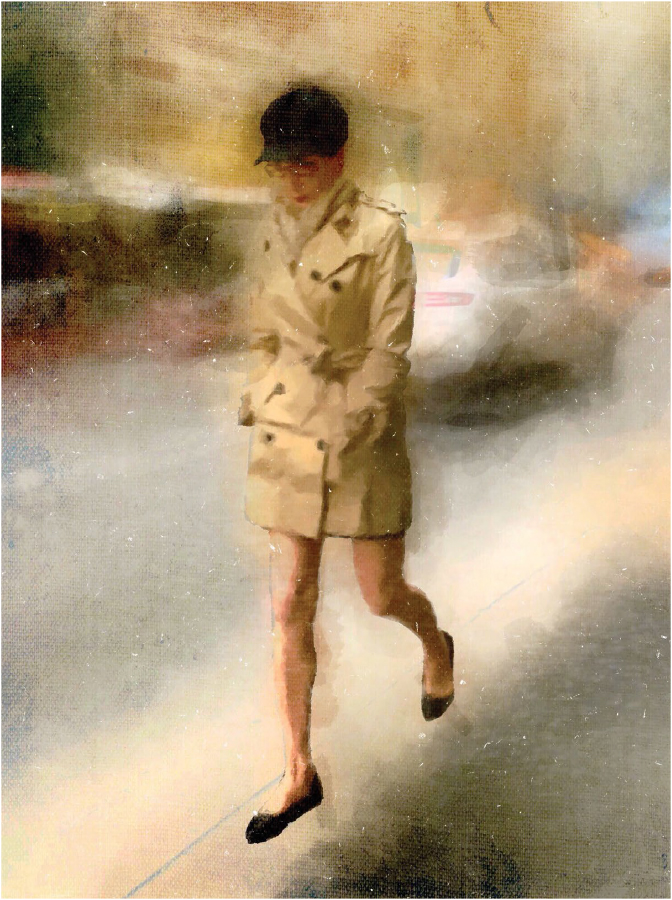 His Fascination with Blurs
There is an inherent beauty that comes from photographing in bad weather or through translucent surfaces. The colours, light and textures, all become seductive elements in the frame. And how you manipulate them will determine your style.

Val describes himself as a street motion photographer. “Because motion blur or ICM (intended camera movement) distorts things, it creates an impression of what was there and what is there now. But I like to go further with this effect and apply my own rendition of what the photograph means to me,” he says. Val does this by using a variety of editing apps to achieve the painterly and impressionistic style in his pictures. He does most of his editing on the phone, and uses, on an average, four different apps. With them, he creates four differently edited photographs, which he later turns into a composite. He explains his process… “I start with the onboard editing app on the iPhone, and adjust whatever I need to, to accentuate the blur. Then I open the original picture, once again, but this time on Sketch Master, which renders the image as a drawing. Then I switch to iC Painter for iColorama, and depending on the photograph, will decide what brush to use to create the desired painterly effect. I continue doing this with the different apps that I use, depending on what I feel the image needs. In the end, I use Union (app) to create a composite of all the differently edited photographs. However, I am aware of overkill. I still want the final image to retain some of the qualities of a photograph. So I’ll composite two pictures, export them and then add the next one, till I am satisfied. I finally complete the process on Mextures. Occasionally, I like to work on my iPad, as it gives me a larger scale to work on my photographs, and more control over details. This is especially important because, for me, it is not a photograph until it has been printed. I want everyone viewing my pictures to be able to appreciate the different layers and textures in the frame,” he says. 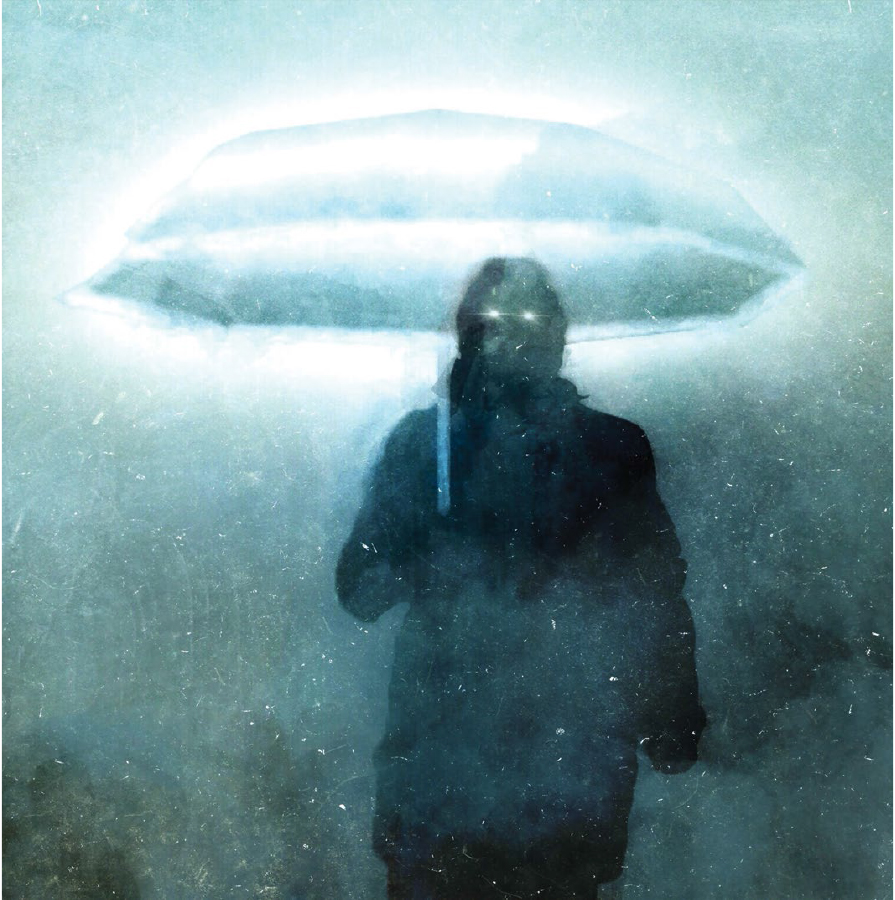 Beneath the Wonder. Photograph/Val Peter

Though this may seem tedious to most people, Val enjoys spending time editing his work. “I find that’s where the discovery is—where you’re able to create a certain pattern and workflow for yourself. But that takes time. I’ve received critique where I’ve been told that some of my images look like they’ve been whipped together, and others look like they’ve been really thought out. And that’s okay because I shoot and post daily. There are going to be some images that are great and some that aren’t. To me, it’s all about the learning experience, and I won’t know till I put my photographs out there for everyone to see,” he says.

“The purists of impressionistic photography want everything to be so light and airy, and to have only that slightest bit of texture to the image, to make it painterly. I don’t adhere to this. My images could look like water colour, acrylic or oil paintings. What I think is important though is knowing how far to go. It depends on the circle you follow—in real life or on the internet. That certainly has an effect on what and how you photograph.” 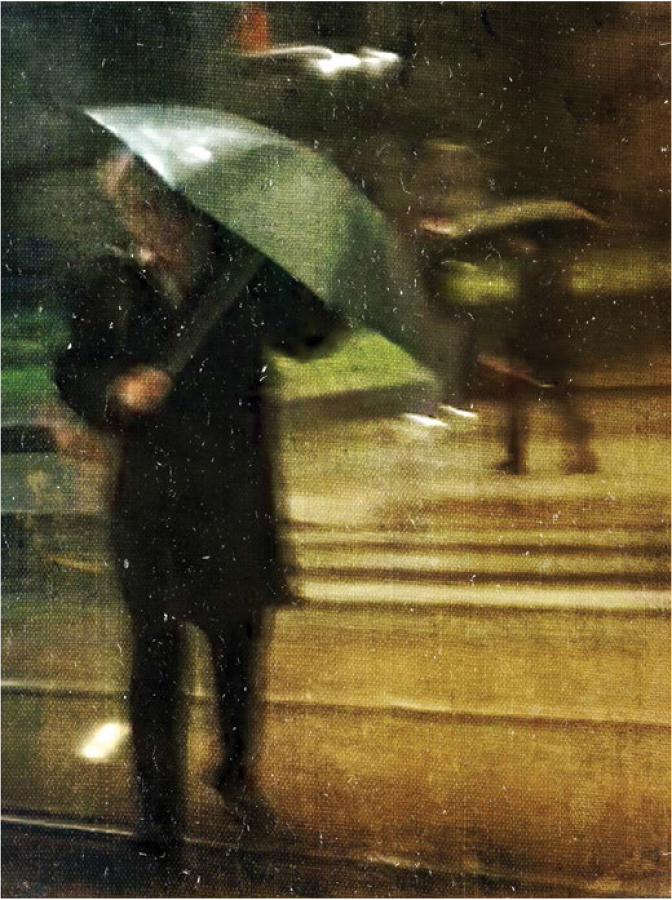 Finding Delight in the Ordinary
Saul Leiter had said, “Photography is about finding things. And painting is different—It’s about making something.” Both these things stand true to Val’s work. His rendition of the street is honest and intimate. He finds delight in the pursuit of beauty in the everyday, evident in his use of colour, light and textures, which he uses to elevate his pictures, thus presenting them in a fresh, stimulating manner. To a certain extent, his photographs also bare resemblance to the artwork in certain graphic novels. One name that immediately comes to mind is the comic book artist, Ben Templesmith, and his work in 30 Days of Night.

Val is not so concerned about where he’s going, and chooses to live in the moment. “It’s so important to take the time to reflect on your own work and learn to praise it, watch it and enjoy it. We don’t do enough of it because we’re constantly going somewhere, and usually, we don’t know where,” he says. 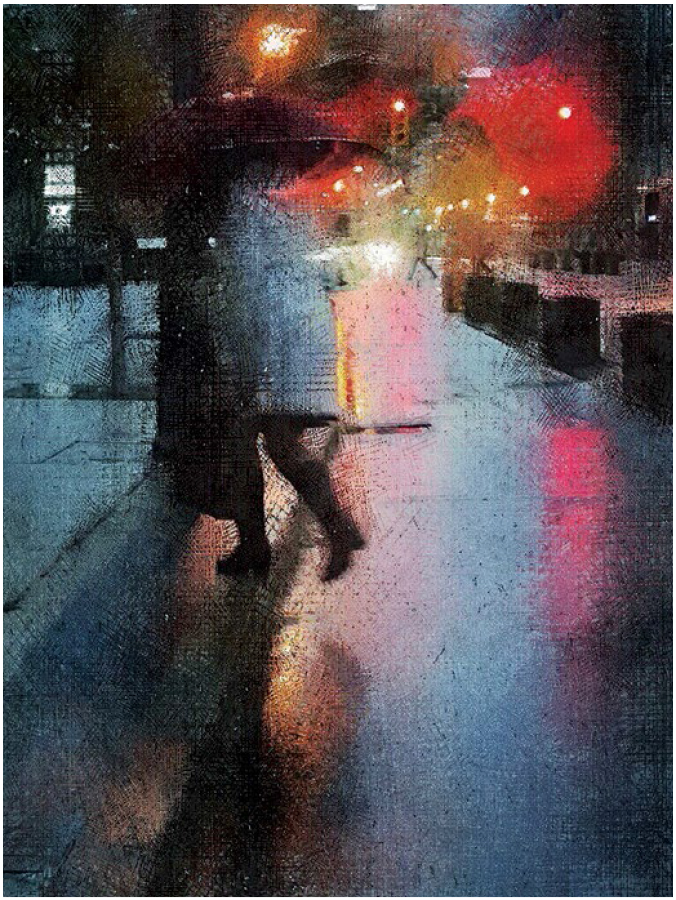 Leiter had also said, “I like it when one is not certain of what one sees. When we do not know why the photographer has taken a picture, and when we do not know why we are looking at it. But all of a sudden, we discover something that we start seeing. I like this confusion.” You will come to this same conclusion while looking at Val’s photographs. “I have been told that I capture people and express them as ghosts,” he says.

An artist at heart with a penchant for travel, Val Peter believes that the best education comes from experiencing people in their native environment. He is the co-founder of a YouTube series called ‘Artist Unknown’ a platform for local artists (in his hometown Toronto) to talk about their work. He also edits, shoots and used to host the series.

The interview originally appeared in the February 2019 issue of Better Photography. 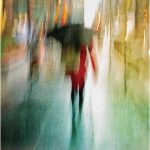 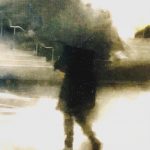 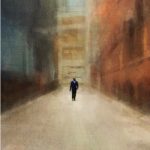 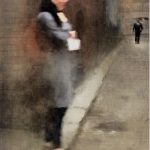 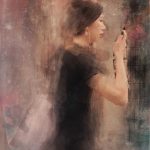 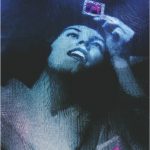 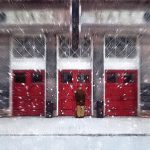 Me and Massey. Photograph/Val Peter 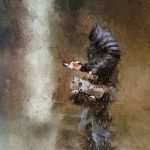 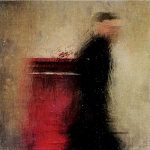 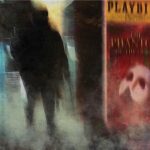