The curves of the feminine form have been mirrored in the earthen pot. The image draws a parallel between the pot and the body, conveying that both are are made of the same elements. Photograph/ Bandeep Singh “ My ideas about womanhood and the female form come from classical Indian references.”— Bandeep Singh

There is a storm brewing outside when I meet Bandeep Singh for an interview. Over dinner, we talk about his ongoing series of nudes, Sa, or ‘the feminine’ as the word means in Sanskrit. All the myths, cultural references, philosophies and symbols associated with the word ‘feminine’ are brought to the fore as dinner is set.
We have been served fish, which itself is considered to be a symbol of fertility, prosperity and even enlightenment in many cultures.

The Yin and the Yang
The stage has been set by the crashing of thunder and the brilliant flashes of lightning. “What is the feminine?” Centuries of Eastern thought have spoken about positive and negative energies, the polar opposites. “Just as you have Yin, the Male Principle or Light, you have the Yang, the Female Principle or, the absence of light. Unlike what most people think, the Yang does not signify the dark. It simply signifies the absence of light, the dark matter ofcreation and ultimately the dark matter that everything returns to after being destroyed.” They say that it is difficult to decode the mystery of a woman, however, with this series, Bandeep Singh tries to decode the mystery of womanhood itself.

The Seed of the Idea
The rain that nourishes the earth begins to fall and somewhere, a seed germinates. How did Bandeep’s idea of the woman develop? “My ideas about womanhood, the body, sexuality and sensuality come fromvery classical Indian references. My idea of the female form developed through the illustrations in the Amar Chitra Katha comics I used to read as a child.”

However, when he moved to Delhi to pursue photography with India Today, plenty of his assignments involved fashion and lifestyle. How, then, did something so glamourous give birth to something so earthy and rooted? “The photos and there presentation that I saw, did not subscribe to the type that was in my reference memory.

I had little attraction for the models on the ramp and never had a swimsuit picture on my wall. There was a disconnect between the dominant fashion aesthetic and the idea of womanhood inside my mind.” Here, a woman’s body creates the classical ‘V’ shape that is a symbol of the feminine principle. Photograph/ Bandeep Singh

A Spark of Sensuality and Spirituality
According to Bandeep, the real challenge for him was to recreate the woman inside his mind and to understand the references that gave birth to the archetypal woman. But, why did he choose to make nudes? “The naked in the Indian context is an outcome of the gaze rather than the absence of garment. However, sensuality is a combination of the body and grace. A body can be bare and yet veiled in grace and elegance. Why do you see the most sensual of imagery in temples, in the holiest of places? This is because, for us, there is no distinction between sensuality and spirituality.”

This photograph shows a woman in the birth-giving position, and is a depiction of the feminine principle as the origin of all life. Photograph/ Bandeep Singh 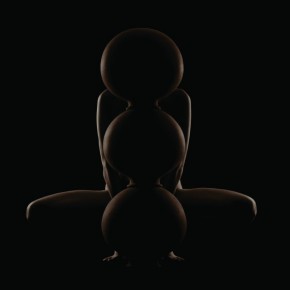 The three-pot structure refers to all the three layers of existence being pervaded by feminine energy. Photograph/ Bandeep Singh 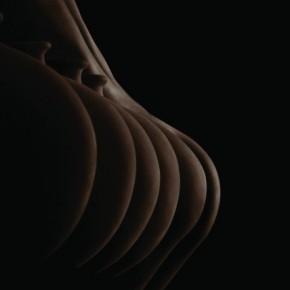 In this image, Bandeep has attempted a playful mirroring of the feminine form with the the earthen vessel. Photograph/ Bandeep Singh

The Infinite Womb
Outside, the thunder rumbles ominously and clouds churn in the dark. Why did Bandeep choose an earthen pot, a matka, a ghata, to portray femininity in Antarghata Gaia’s Song? “Both Antarghata and Gaia’s Song are among the first series photographs under the overarching theme of Sa. In these series , I have chosen to represent the womb, or the feminine power of creation through the symbol of a pot. Also, I realised that the body is a vessel for the soul, much like the earthen pot is for water.”

Unembellished, Bare, Proud
The rain lessens, the room grows silent and Bandeep’s photos shuffle through my thoughts. How was it like for the women, to work within a bare state with a man for a prolonged period of time? “How would you feel if you could walk with a lion? Proud, free, and to a certain extent, empowered. By graciously trusting me with their bodies, the women gave me the gift of confidence and encouragement.
Importantly, there was an unspoken understanding between us, the best word that was not said at all.” I think to myself that this unsaid word exhibits a level of trust that is unusual. It is a respectful gaze that has made the woman in his images, express themselves so uninhibitedly, with such grace and quiet elegance. This is a form study showing a pensive form and a vessel—the latter, a physical container, the former, a reservoir of emotions. Photograph/ Bandeep Singh

From Photojournalism to Abstracts
The conversation moves from the diningtable to the living area and I interrupt Bandeep with a couple of sudden questions. How does a photojournalist fare within the confines of the studio? Why is his personal work so distinct from his documentary work? “Years of photojournalism as a job have made me pour all my angst into mypersonal work. This work, be it nature, abstracts, conceptual landscapes or even this series of nudes, are attempts to find my personal space. However, since it is me who is making them, all of my works just flow into each other. There are no distinct lines and often, distinctions end up blurring.”

“The naked in the Indian context is an outcome of the gaze rather than the absence of the garment.”

For Bandeep, his various series are forms of expression, just as a poem, a story, a novel would be for a writer. We walk out, and there are tiny rivulets of water flowing into one stream, down the slope. He asks me, “Have you heard the Vedantic hymn, purnamidah purnamidam…? It means, ‘All is whole, all arises from whole and if whole is subtracted from whole, all that is remains is whole.’”
On that note, I slip away into the darkness of the night and think about the random, yet seamless bits of conversation with Bandeep Singh that have left my mind feeling enriched, alive. 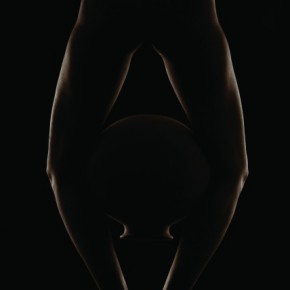 The negative spaces in the image create triangular forms, which are a dynamic expression of feminine energy. Photograph/ Bandeep Singh 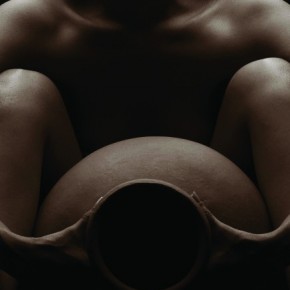 The clenched mouth of the pot symbolises the primal womb from which all life originates. Photograph/ Bandeep Singh

About Bandeep Singh
Bandeep is the India Photo Editor of Fortune and his work has been published in TIME, the New York Times and Business Week to name a few publications. He is a food aficionado and believes that eating is all about celebrating.