Arif made this image in Muzaffarabad, in the aftermath of the 2005 earthquake and the wreckage that it brought  about. Photograph/Arif Mahmood Ambarin Afsar discovers that Arif Mahmood’s body of work is full of lively stories and compelling characters that bring Pakistan to life.

This article was originally published in August 2013.

Recently, I heard a TED talk by Nigerian author Chimamanda Adichie, who spoke about the danger of the single story. To create a single story, people are shown as one thing and only one thing, again and again, and eventually, that is what they become. How stories are told, who tells them, when they are told and how many stories are told depends on power. Power is the ability to not just tell the story of another person, but to make it the definitive story of that person.

Demolishing Stereotypes
The reason why this is so relevant to my interview with Pakistani photographer Arif Mahmood, is that for years, the subcontinent has been depicted in a certain way over and over again. This ‘third world’ story can only be demolished by someone who engages in all the stories about a place or a person. I found one such drive in Arif Mahmood’s work. “AP, AFP and Reuters stringers are local people, but they shoot for an international audience. I don’t shoot for the West or the East, I shoot for myself. My coverage of anything simply has my own perspective behind it, and if you want to call this ‘grassroot’, then so be it.”

“A great shot is a pure gift. It is that visual synchronicity that combines graphic detail and geometry with content.” Arif prefers making images that are full of detail and activity. This  was made at a vegetable and meat market in Karachi, as eagles swooped down to grab leftover meat. Photograph/Arif Mahmood

Looking for the Forgotten
This prompts me to ask him what he likes photographing, and which stories catch his eye. “All that is forgotten or fading away is personally very important. In this fast paced age, there is no time for tradition. The art of worship is missing and this intensity is what I am searching for, most of the time. I want to make the impermanence of things linger.

The Confines of a Certain Style
One thing that is most peculiar about Arif’s work is the fact that there is no one style that can be attached to him. “I struggle to move out of a signature style and I try to shoot differently all the time. This lies between the comfort zone and shooting on the edge.” This is Ali Asghar, a boy rescued from the debris of the 2005 earthquake. Arif  entered a tent and saw him lying in this box and immediately knew that it was a frame that summarised the loss of innumerable lives in the  region. Photograph/Arif Mahmood

The Photobook Maker
Interestingly, all of Arif’s work can be divided into portfolios of loose prints and bound books. “I really like producing books on personal projects. I want to see my work in print and I want my books to be seen. I also love making inkjet dummys.”

Not only has he started a photo agency that has been around for 20 years, he also plans to start a photo festival in Karachi soon. Stories are not just about catastrophe and poverty. They are about hope and fighting the odds. When I dig into Arif’s bag of stories, I find all these and more. A woman waits for her turn to be given aid and food at a camp in the Jhelum valley, during the 2005  earthquake. Photograph/Arif Mahmood

Gadgets and Gear
• While Arif has shot with many cameras, he believes that rangefinders are very quick. They virtually become the extension of one’s eye.
• For digital work, he prefers the Fujifilm X100, and has also shot with the Nikon D1X, D2X and D300 with fixed lenses and short zoom lenses.

Tips by Mahmood
• Education needs to be open ended and you cannot impose rules of thumb anymore. The photographer has to learn to think outside the textbook.
• A good image is one that always stays with you. It posseses a certain inexplicable balance with all its intricacies.

About Arif Mahmood
He is the founder of the first photo agency in Pakistan, called White Star Photo, which is supported by the Dawn Media Group. He loves collecting photo books. If not a photographer, he would have been a collector. He enjoys all kinds of music and believes that the tunes stay with him. They help him as a hunter of photographs.

To view more of Arif’s singles and series, you can visit www.arifmahmoodphoto.com 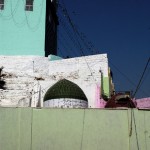 This image was made during the Urs of Abdullah Shah Ghazi, the patron saint of Karachi, in 2009. The silhouettes are of pilgrims making their way up a hill to the  shrine. Photograph/Arif Mahmood 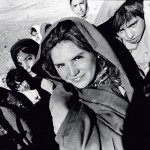 Arif ran into a group of children between Quetta and Ziarat during an earthquake campaign in 2008. He  finds the beauty of the girl in the centre to be  breathtaking. Photograph/Arif Mahmood 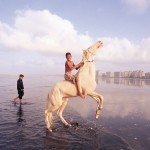 One early morning at Clifton Beach, Karachi, Arif saw a boy on a horse, sculpted in golden hues. He waited for the horse to raise his front legs and made the image. Photograph/ Arif Mahmood 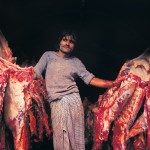 This man was taking out haunches of meat when Arif saw him. As  Arif drew closer, the man posed for him—the expression was just right, indifferent and yet amused. Photograph/Arif Mahmood