The Pious Leap of Faith 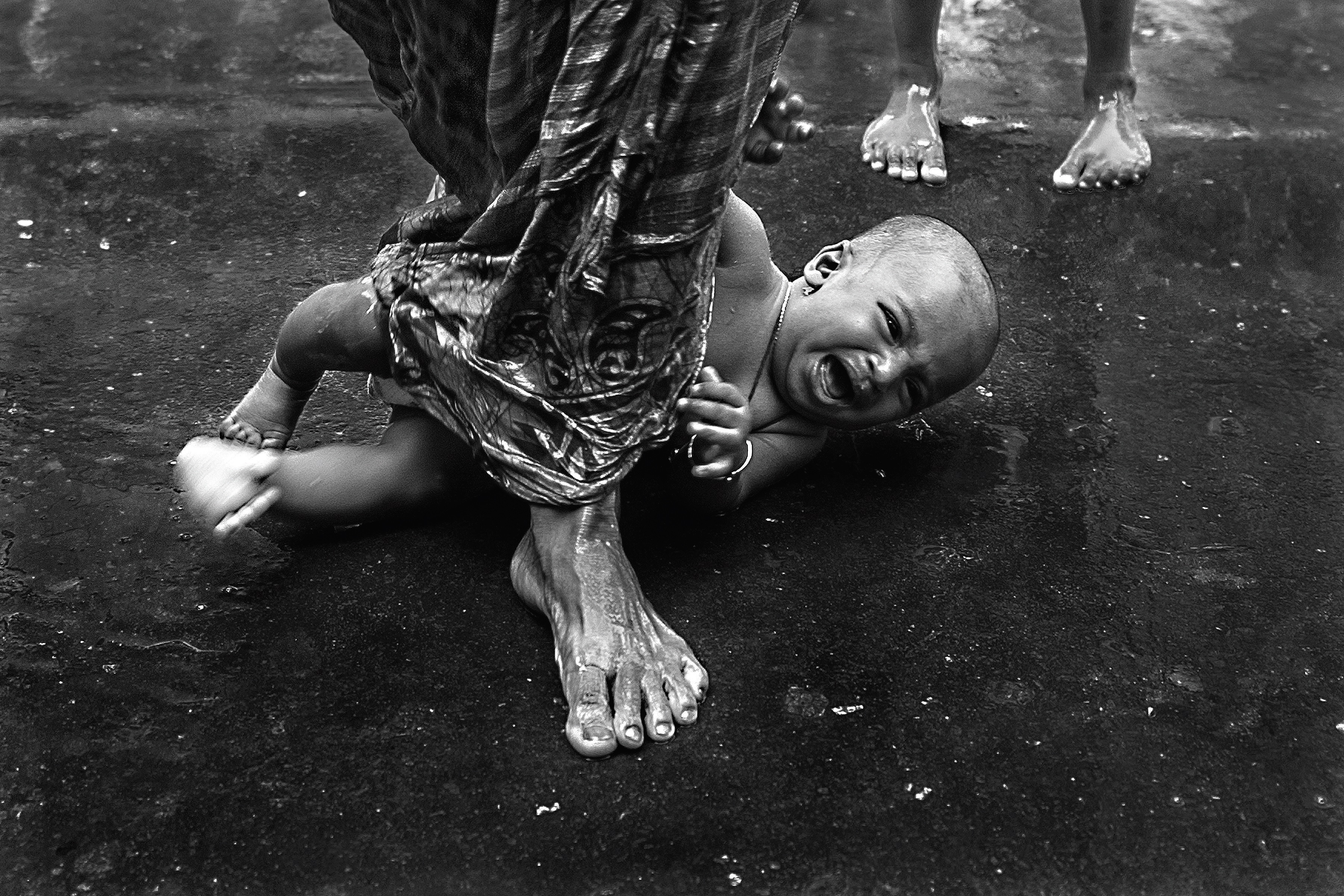 Amitava decided to keep the photograph in black and white, as the skin tones and the colourful sari drew attention away from the baby’s expression. 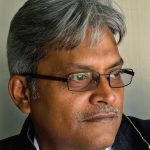 Amitava Chandra works as a Gazetted- Executive for the Government of India and makes images out of sheer passion and love for photography. He has won many national and international accolades for his work.

This article was originally published in July 2015.

Every summer, devotees at Kalighat in Kolkata, take a holy dip in the Ganges and crawl towards the Sitala Puja pandal near the Kalighat Temple. The practice goes by the name of Dondee, and symbolises the leaving behind of pride and ego to begin anew. These devotees are considered to be blessed with piousness. Following an old ritualistic belief, parents place their children on the ground, so the devotees can leap over them. It is believed that doing so brings the baby a bright future.

Knowing beforehand that the puja will be taking place on the day, Amitava Chandra took a day’s leave from his work to create the photograph, which would eventually go on to win the National Award, at the Sony World Photography Awards 2015.

He said, “Since the scenario remained an absolutely chaotic one with erratic movements and a constant sprinkling of water, it left the camera susceptible to damage. Making the shot from a higher vantage point added a lot of distractions to the image, which is why I decided to go for a kneelevel shot. There was a risk of water splash, but it paid off. I got the exclusive expression of the child along with the forward movement of the adult foot.”