The Notes of Silence Amit’s photos in Kashmir are a rejection of the beautiful, with an eerie sense of silence that envelopes. Photograph/Amit Mehra

Amit Mehra’s photos are as much a collection of his personal observations, as they are an understanding of human psyche. Raj Lalwani finds out.

This article was originally published in April 2013.

Amit Mehra’s Kashmir is as much of a conversation with the land, as it is a personal monologue between the photographer and his thoughts. It is a kind of work that made several thoughts run concurrently through my mind, when I saw it in Delhi’s lovely Photoink gallery, on two consecutive days. One viewing is not enough.

A Bunch of Pauses
As someone who loves photography and writing, I constantly seek to draw parallels between the two. Images are often like punctuation—the dramatic ones are like exclamation marks and the connecting photos in an essay, like commas. Amit’s work in Kashmir, though, is like a bunch of ellipses. Three dots that make you wonder what lies next… whether something is about to happen. Somewhere along the way, a photo or two later, the punctuation changes to a question mark. The frame draws you in, and makes you wonder, makes you ponder.

When you are talking about an issue as layered as Kashmir, there are no right answers. Amit consciously decided that he wasn’t looking for any. “A photographer is only a witness. He is not a judge,” he says. “He is not there to change any opinion. But if his body can create a debate, a dialogue, a discourse, that is the greatest reward.”

“It is not about azaadi, not about whose side you are on. It is just about trying to understand the human psyche.” One of his favourite spots in Kashmir, Amit made several visits to this tree, to finally make this photograph. Photograph/Amit Mehra

Finding the Vision
The manner in which we perceive a place, if we haven’t experienced it for ourselves, often depends on the way it is represented in photos. Any media coverage or references to Kashmir, for instance, are either about its magical vistas or the political conflict.

When Amit started this project, he found himself falling into the same trap. “My photos were getting stuck into the realm of the obvious. A friend of mine recommended that I visit Kashmir without a camera. I was not sure how to react. I wondered what a photographer would do, travelling without his eyes.”

But Amit mulled over the suggestion and went back, not as a photographer, but a fellow human being. “I spent days just observing silently, from a distance. I spent time at chai tapris and just indulged in conversations. There was no camera that was blocking my vision,” he said.

Silence that Deafens
Silent photos have always fascinated me, but in Amit’s work, the quietude is not one of calm. It is almost eerie, filled with silent cries and a sense of dread. You seem to hear whispers, but don’t really know where they come from.

“I wanted to bring out the kind of pain and alienation I felt, staying in Kashmir. My work is not about azaadi, but about the common man and his feelings. It is not about whose side you are on. There are equal number of wounds on all sides, filled with regret and suspicion.”

“When you start living in a conflict zone, you get so deeply affected that it changes the way you see.” The unsettled frame dominates a large part of this work, almost as if something made Amit want to shake things up. Photograph/Amit Mehra

Aftermath of a Love Affair
For me, the body of work is fascinating because the tension has been portrayed without any gimmickry, within the realm of traditional documentary photography. Amit seems to play with visual motifs, with barriers within the frame portraying the psychological distance between him and his subjects. He isn’t exactly an insider, not quite an outsider. The faceless entities, play of space and the muted colours make the photographs cold and unsettling. It is like a love affair gone wrong.

Amit says, “When you start living in a conflict zone, you get so deeply affected that it changes the way you see. I saw a thicket of trees, and the branches stretching out, resembled hands. To me, it looked as if even the trees were protesting to what has happened to the land.”

Uncomfortable and Numb
Just around this time, a nanny brought his daughter, Naazo. We paused our conversation as Amit broke out into a broad smile, with all the pain seeming to get lifted. But as we sat awhile later, he spoke of times that he would play with his daughter in his head. “I had grown silent myself. I had forgotten how to make regular conversation. That is why I ended the project in 2011. My vision was growing narrower. I had to undergo counselling for awhile.”

“I am like an octopus who likes to deal with different things at the same time. You can probably call me a schizophrenic photographer.” He believes that the suffering is of the collective, and individual faces often distract from that reality. Photograph/Amit Mehra

The Need for Debate
If an honest photographer who throws himself into his subject can get so affected, one can only speculate how numb someone who belongs to the region would be. Amit says that as Indians, we need to be a lot more warm towards Kashmiris. “We say that Kashmir humaara hai. Sure, that is the reality, it is ours, but you can’t force anything, can you? Thodi mohabbat toh dikhaiye (show a little love, at least).”

Photographic considerations left aside, Kashmir is an important body of work that needs to be seen, appreciated, criticised, questioned and debated. It is the only way one can create more awareness, more empathy. In fact, Amit strongly believes that a photographer’s work must go beyond the photographic fraternity.

That is why he felt the book demanded a different edit, as compared to the exhibition. “Ghalib’s poetry was complex, but he also had some simple lines, which the tawaifs and fakirs would identify with. Earlier, my journey would end at the ecstatic moment of having got the frame. This was the first time I was involved in the entire bookmaking process. It is like having a baby,” he says.

The Octopus
It is difficult to imagine that the bystander who has carved silent whispers in Kashmir is the same photographer who shot the exuberant India: A Timeless Celebration. Amit’s older book was much appreciated, but I personally didn’t connect with it as much.

Amit half smiles at my opinion and says, “I will redo that book some day. I am a different person now, after Kashmir. Out of the 70 pictures in the book you are talking about, I think only seven or eight stand the test of time. It is very important for a photographer to be ruthless about his own work.”

With an ongoing project that traces the roots of Sufism, Amit likes to keep his canvas large. But he has also been revisiting the house where he grew up, in old Delhi. A typical day often involves a commercial architectural shoot early morning, a visit to Nizamuddin dargah after that and a portrait of a friend at night. “I am like an octopus who likes to deal with different things at the same time. You can probably call me a schizophrenic photographer.” Metaphors surround his work, with intermingling wires depicting the tangled lives of the people. Photograph/Amit Mehra

• In the age of automation, Amit is a strong believer that the choice of lens is the most important factor that will influence your pictures.

• Be open to different experiences. I have learnt from flowers that jitna khuloge, utna khiloge.

• A subject may often take a year or two to just reveal its nuances. But always have a time frame in your head, or you may lose focus.

• Make prints. It will help you put your work in perspective.

His documentary aesthetic stems from his early training years with the legendary S Paul. His favourite photographer is Nadav Kander. “I breathe his work,” he says. Amongst his contemporaries, he deeply admires the work of Swapan Parekh. He stresses on the importance of the edit. “Show your cards one at a time, almost like a movie,” he says.

To see Amit’s other work, you can visit his website, www.amitmehra.com. 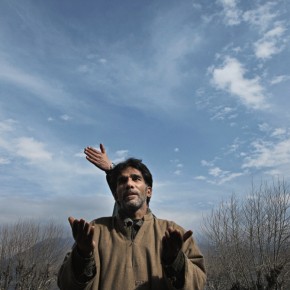 The unsettled frame dominates a large part of this work, almost as if something made Amit want to shake things up. Photograph/Amit Mehra 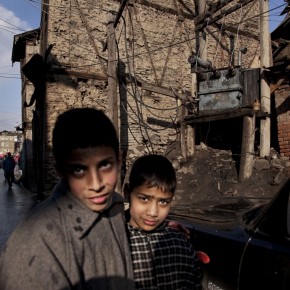 The portraits within this work have a weird sense of intimacy combined with distance. Photograph/Amit Mehra 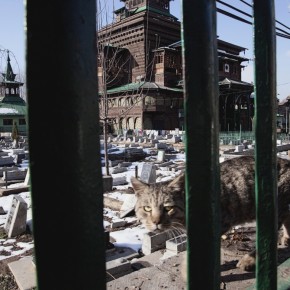 The omnipresence of graveyards and animals gives an unsettling Kafkaesque feel to the photos. Photograph/Amit Mehra