There is a sense of mystical wonder in Predrag’s underwater images. It is almost as if you are visiting an ocean in another universe. Photograph Predrag Vuckovic Chandni Gajria speaks with extreme sports photographer Predrag Vuckovic, as he shares his love for action and adventure.

How do you sum up a lifetime of adventure, thrill and excitement in just six pages? When action photographer Predrag Vuckovic confirmed an interview with the magazine, I was excited and at the same time very nervous.

I had first met him when he had visited India last year to photograph kitesurfing in Mandwa, Maharashtra. Predrag’s images are full of vigour and excitement, and I was expecting our interview to be on the same lines. I was not disappointed. Inside a quiet Italian café, our conversation began.

Growing up With Photography
A young Predrag was introduced to photography thanks to his older brother, a hobbyist photographer. He immediately took to it, enjoying the process of making images.

Predrag’s career began more than 22 years ago, when he photographed his biker friends and sent the images to a local newspaper in 1991. The editor the paper happened to like one of the images and it was featured in the Serbian publication. “I was paid one Euro for that image,” he said. Money was not a concern for him then. He was more excited about his friends getting published in the newspaper.

In later years, Predrag went on to become a BMX rider. As he grew older, his interest in extreme sports also expanded. He started experimenting in sports like skateboarding and snowboarding. “I was mainly addicted to the adrenaline rush these sports gave me. Even when I did photograph the sports, I did not think of making it my full-time profession,” he said. Despite the apparent difficulties involved in shooting underwater, Predrag finds his frames with persistence and patience. Photograph/Predrag Vuckovic

Adventure With Caution
As years have progressed, Predrag has slowly stopped participating in many sports. “I am growing older,” he smiled. But Predrag diligently keeps a track of the latest news in sports and trains himself for any sport that he photographs. “To be a good extreme sports photographer, one has to hone a certain set of skills apart from making great images.”

Compared to his contemporaries, Predrag likes to think that he is always better positioned in terms of the vantage points he can reach. “Simply because of my background in having practised some of these sports, I can push myself to get the perfect shot,” he added.

Good planning and knowing how the surroundings will change, where the athlete will stand, or dive from are major factors on which the athlete’s and Predrag’s own safety depends on. “I never direct an athlete, because, in most cases, they are already putting their lives in danger. By imparting advice, or telling them how I want to make a particular shot, I may alter their routine and this may make the athlete uncomfortable.”

The Silent World
Predrag has been scuba diving for over 20 years and is a diving instructor. Therefore, Predrag feels more passionately towards underwater sports. On the surface, everything he shoots is action packed and fast. But it is quite the opposite underwater. “The water is quiet, there is silence and I find myself at peace here,” he said.

Although Predrag refrains from seeing other photographer’s works, he does find his inspiration from Alexander Mustard, who not only is an underwater photographer from UK, but also a marine biologist. Predrag often patience. experiments with lights to enhance the mood of his actionpacked portraits. Photograph/Predrag Vuckovic

A Part of History
As the conversation continued, Predrag spoke about some of the craziest adventures he has been on. He remembered a time where he made images of BASE jumper Valery Rozov as he jumped into the active volcano Mutnovsky in Russia. The project was very tasking and took 11 days to complete! On the other hand, one project he feels he was fortunate to be a part of was The Red Bull Stratos project.

Predrag was part of three photographers who documented Austrian skydiver Felix Baumgartner’s record breaking sky-dive from space. On 14 October 2012, Baumgartner became the first person to break the sound barrier without vehicular power in his descent, by skydiving an estimated 39km.

“Training was the biggest issue for this project as we had to pre-empt the jump and know exactly where we were to photograph from,” he recalled. For a year, the team practised on how they would make pictures while the jump was executed. Two test jumps were also done. While the first jump was from 21km, the second jump took place from 29km. “This project was everything one could ask for. When I look back and realised the pictures I created is an important part of history… the feeling I get is unexplainable. Needless to say, no other assignment I ever do is going to come close to this project.”

As the interview came to an end, I wondered if Predrag enjoyed the quieter moments, considering that he is constantly in a fast-paced routine. “I am really just happy to sit at home. Or I might head to the Cave Islands… with no phone. Just be underwater and amongst the silence.” Predrag loves experimenting with multiple exposures and image stitching as it gives the audience a chance to see what a particular sport looks like, from start to finish. Photograph/Predrag Vuckovic

About Predrag Vuckovic
Hailing from Serbia, Predrag’s interest also lies in bodybuilding and fitness. He is the founder of a fitness club called Extreme Gym in Serbia. He is an official Red Bull photographer. He is not too fond of ‘regular’ sports, and he would always prefer delving in extreme adventures. 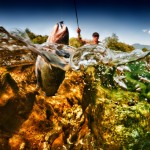 Predrag involves himself completely in the making of his images— even if it means standing in freezing water for hours till he gets his perfect shot. Photograph/Predrag Vuckovic 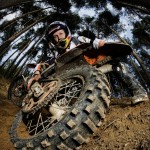 A moment like this lasts only a second, and it takes a lot of previsualising to zero in on the frame. Photograph/Predrag Vuckovic 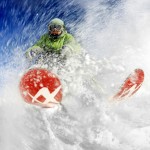 Predrag believes that even if you have the best equipment but don’t know exactly when to release the shutter, you have missed an opportunity. Photograph/Predrag Vuckovic 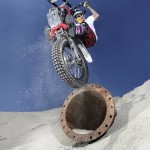 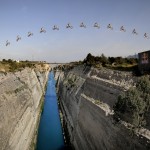 Predrag’s images are as aspirational as they are inspirational… for budding photographers and sportsmen alike. Photograph/Predrag Vuckovic