Phirun finally hears the cry of his daughter, caused by the loud stomping of machines, turning clay into bricks. Photography by/Mohammed Massoud Morsi

In a conversation with Mohammed Massoud Morsi, Chandni Gajria discovers a down-to-earth and honest photojournalist.

Beauty lies in simplicity. But, today, when photographers believe in being more complex, photojournalist Mohammed Massoud Morsi seems like a breath of fresh air. Though photojournalism is considered a difficult genre, it comes easily to Morsi and is a very meaningful form to him. Through his images, he often tries to depict what already exists rather than “creating a photograph.”

Two Worlds, Different Cultures
Morsi was born in Denmark, but he spent many of his growing years in both Denmark and Egypt. As a result, he was caught between two contrasting worlds. “Growing up in different cultures was the hardest thing because what was right at home was wrong outside and vice versa”. Interestingly, Egypt was a much better place for the photographer as compared to Denmark. “Here I was not an alien,” he states. However, much of his childhood spent in Denmark was filled with racism. In the Egyptian society he belongs to, people love photography and yet, very few people own a camera. Morsi’s observation is that even if they do own one, they think twice before using it in the open due to cultural and personal boundaries. “When people see what is possible with a camera and how their own spirit can be transcended on a piece of paper, they open up and let you in to their world.”

Finding Happiness with Photography
“The desire to photograph has been within me since I first held a photograph in my hands. I knew that I wanted to make the magic happen.” Morsi had a very early start—he was 14 years old when he first travelled alone and 7 when he first took a picture. Having never attended college, he worked at the Copenhagen (Denmark) airport, working night shifts. He took up computer science because many around him advised him to do something about his studies. However, he soon realised that the long-term study system was not meant for him. “I had my own ideas and eventually opened up a small photographic school with a good friend of mine.”

More than Just a Photographer
“For me, it is not enough to be only the photographer,” says the man who is a passionate writer and who often raises his voice in various publications. He makes his opinions heard about the issues he comes across. Thus, Morsi makes the exemplary effort of going beyond captions and shares the actual story behind his pictures. “If I have not learnt something new in my life on an assignment, I probably should not have done it anyway.”

Honest Interactions
Morsi loves talking and says that this is probably the reason why he gets accepted, invited and allowed to take photos of various people. “I interact more than I photograph,” he confesses. Sometimes, when he feels that he may be crossing the line of respect, then he does not photograph at all. Morsi truly believes that photographers approaching their subject should be honest and not pretentious. “If I am trying to act like someone else, people instantly notice. Bringing yourself in the assignment is very essential.”

The Quarrel of Money and Being Human
Very few people pursue photography as a responsibility to uncover the truth.But, to Morsi, money and fame can never be the sole purpose of photography. He would rather be a human who understands the difficulties of fellow human beings, than be disrespectful. Quoting an incident that occurred in Lebanon, he says “I saw a few ‘professional photographers’ who barged into a hospital filled with cluster bomb victims, most of whom were children.” Among them, he saw a man whose image of the hospital was to win a category in the World Press Photo Awards, the following year. “But,” he says, “the way in which the image was shot should have landed the photographer a jail sentence. He showed no respect to the victim’s family.” This incident made Morsi believe that photographers should have a declaration of principles of conduct, much like the one followed by journalists.

Diversifying Photojournalism
According to Morsi, the most important challenge of the next decade is to introduce photojournalism globally. “Unfortunately, photography is an elitist profession. So, often, you do not see how the world views the world.” Travelling and shooting gives him a sense of joy as it is a treat to see local newspapers filled with unique images by local photojournalists. “I wish that more people would get a chance to witness this diversity within photojournalism.” Morsi comes across as such a simple and honest photographer that it becomes easy for one to be moulded in his reality. He believes in what he does and strives to be a good human being as well as a good photographer. As he rightly says, “When you earn the respect of your subjects, you also begin to respect yourself.” 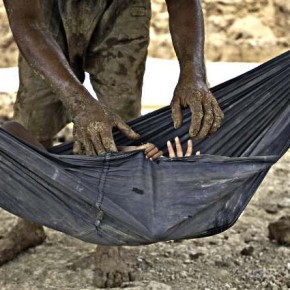 Phirun finally hears the cry of his daughter, caused by the loud stomping of machines, turning clay into bricks. Photograph by/Mohammed Massoud Morsi 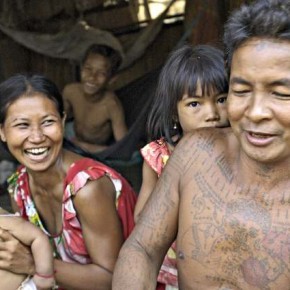 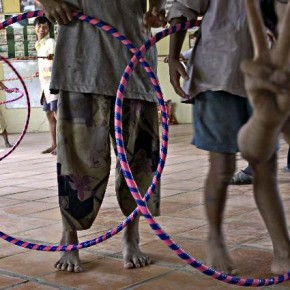 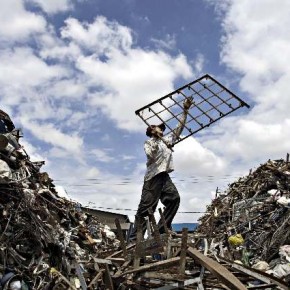 Morsi saw this frame in a scrap yard near the border of Thailand when he had been pushed into a corner by a bulldozer. Photograph by/Mohammed Massoud Morsi 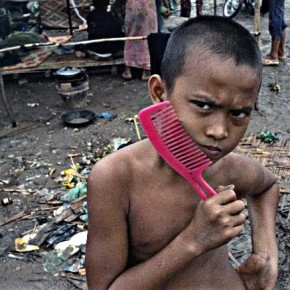 As Morsi loaded a new roll of film, this boy came and took a poignant stand. After introducing himself and upon receiving no response, Morsi made the picture. Photograph by/Mohammed Massoud Morsi 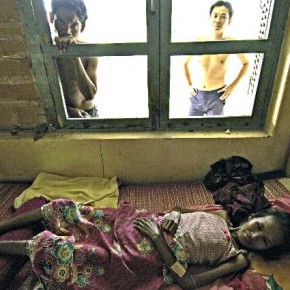 This image was taken a week before Rom Chantol, a young woman infected with HIV, died. On that day, her husband who infected her said, “I have come here to see what would happen to me. Now, I know”. Photograph by/Mohammed Massoud Morsi 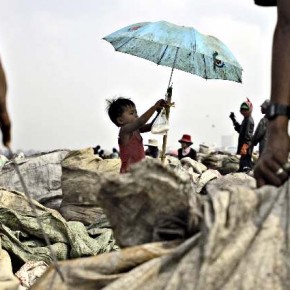 Morsi promised this boy’s father that he would keep an eye on him at the Stung Menchey rubbish dump, outside Phnom Penh, Cambodia. He shot this image of the child discovering an umbrella in the dump. Photography by/Mohammed Massoud Morsi 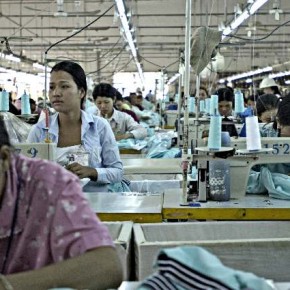 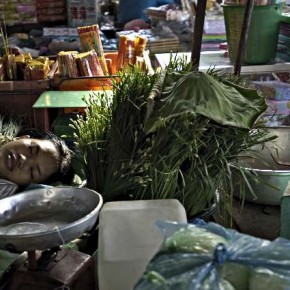 A street vendor takes a nap on a Sunday afternoon at the Russian markets in Phnom Penh, Cambodia. Photograph by/Mohammed Massoud Morsi