This story was originally published in September  2011.

Why it is my best shot
This image shows a way of viewing despite its simplicity. Like any good work of art, the pleasure is in the details. The hard work of decoding it is best left to the viewer.

Where and when I shot this image
I shot this image in Kabul, Afghanistan in 2006. It is the Darul-Aman Palace (“Abode of Peace”), a European-style palace located ten miles outside central Kabul.

How I achieved it
I was in Kabul for the shooting of Bollywood movie Kabul Express. I had walked almost 3km away from the shooting location to absorb the city. That was when I saw this majestic palace set on a hill and a long truck parked right in front of it. I was almost in a sit-stand position to capture this unique perspective. It was a spontaneous shot that managed to bring out an interesting view of a serious problem. In a way, it represents the end of an era of the old Afghan architecture. Kabul, after all the battles it has been through, is now being rebuilt. This photograph shows the most iconic of Afghan buildings, like it is being taken away.

About Amit Ashar
Amit Ashar is a renowned advertising and feature film photographer. He has shot stills for films like Delhi-6, Rang De Basanti and KabulExpress. He shoots portraits of celebrities like Arshad Warsi, Saurabh Shukla, Ranvir Shorey and Ashok Mehta. Currently, he is planning to work on short films, and owns a studio in Mumbai. 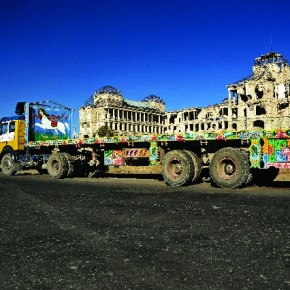 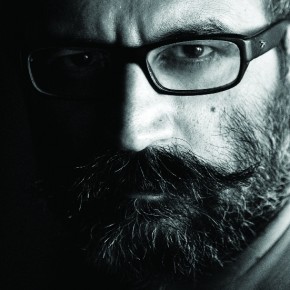