Shedding Light on a Grim Ritual 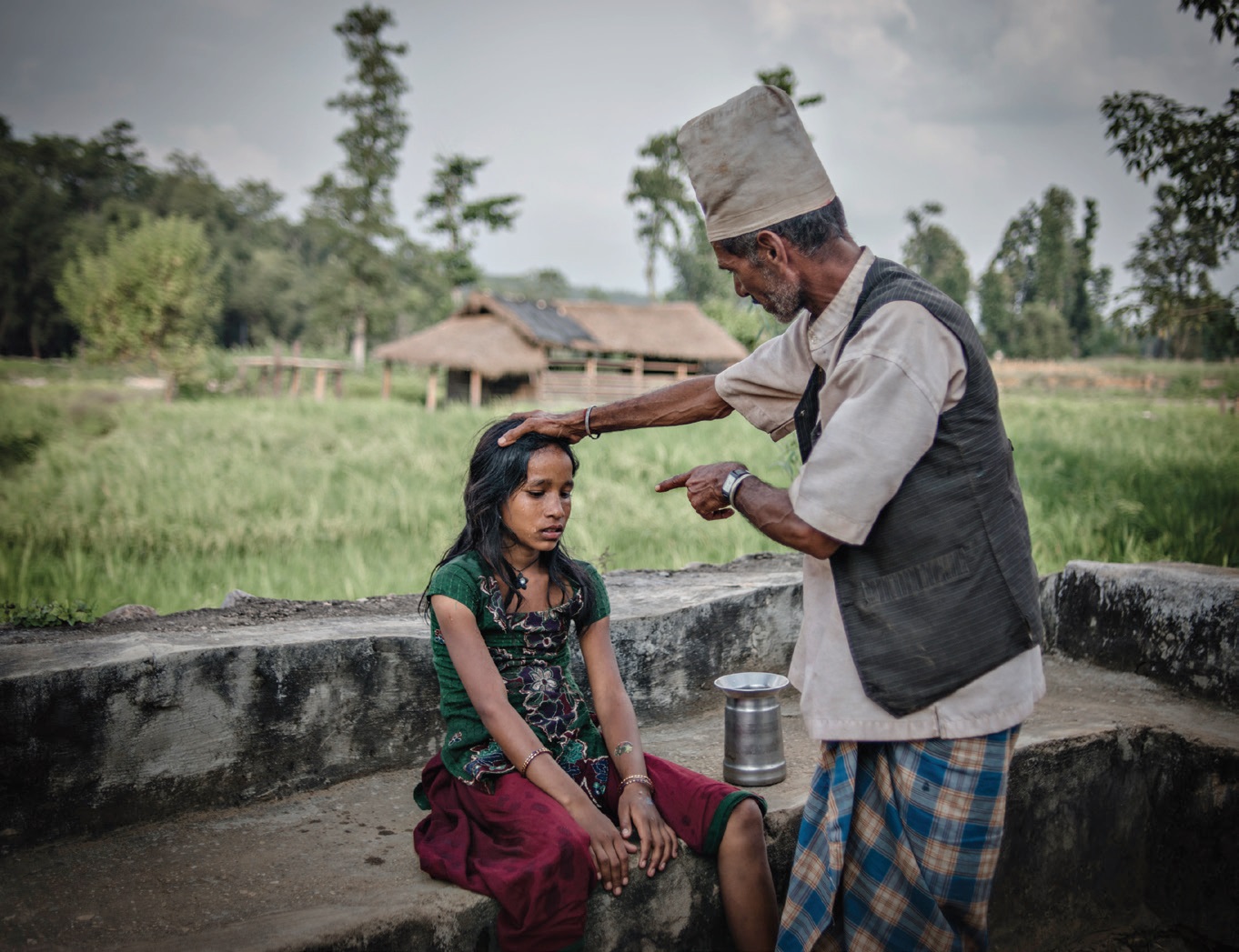 Poulomi feels that the seriousness of such practices is often overlooked, and their consequences are underestimated.

Poulomi Basu “Through this work I want to show the total domination and patriarchy that is prevalent in most Asian countries.”

Poulomi Basu is a photographer based out of India and UK. She has been the winner of the Magnum Foundation Award and the Magenta Flash Forward Emerging Photographers Award. Her work has also been exhibited in several international festivals.

Poulomi made this image in a remote village in Surkhet district in Nepal, where a young girl was abused and beaten by a traditional healer because she entered his household while she was menstruating. She mentions, “Menstruating women in Nepal practise chaupadi, an extreme ritual which forces them to go into exile every month and suffer complete social exclusion. They are seen as sinful and polluting agents, possessed by evil spirits.” The image is part of an ongoing series.

Apart from this work, Poulomi recently won a two-year mentorship program organised by VII Photo Agency. She has already started her mentorship under the acclaimed photographer Stefano DeLuigi and is currently working on a photo project in Chattisgarh.